Colombia’s president has declared that “the war on drugs has failed” – using his first speech to the United Nations General Assembly to suggest sweeping changes to national drug laws that could lead to the legalization of cocaine.

Gustavo Petro, a former guerrilla fighter and the Latin American nation’s first leftist president, was named president last month. He campaigned on a promise to unite the deeply divided country, promising to tackle inequality and climate change, and to achieve peace with left-wing rebels and criminal gangs.

Colombia is the world’s largest cocaine producer, accounting for 64% of all drugs in 2019, according to the latest UN report.

The War on Drugs, launched by Richard Nixon in 1971 and massively escalated under Ronald Reagan in the 1980s, cost the United States more than a trillion dollars, yet failed to reduce drug use : Overdose deaths in the United States increased by 15% last year. .

Petro, 62, has campaigned on a new international strategy to fight drug trafficking, saying the US-led war on drugs has failed.

“It is time to adopt a new international convention that accepts that the war on drugs has failed; that he left a million Latin Americans dead for 40 years; and that it leaves 70,000 North Americans dead from drug overdoses each year,” he said in his inaugural address.

“The war on drugs has strengthened mafias and weakened states.”

On Tuesday, he took his message to the biggest global stage, telling the annual gathering of heads of state and world leaders in New York that an urgent overhaul was needed.

The congressional veteran said “humanity’s addiction to irrational power, profit and money” has been more damaging than drug addiction.

“What is more toxic to humanity: cocaine, coal or oil?” he asked the assembly.

“Power opinion has ordained that cocaine is a poison and must be persecuted, while it causes only minimal overdose deaths. But instead, coal and oil must be protected, even if they can annihilate all of humanity.

“What worries me is that there is now the possibility of entering into the authorization or legalization of cocaine and consumption,” Duque said on Friday. 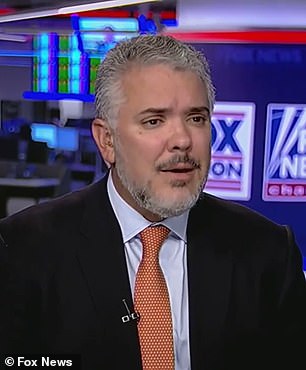 Colombian President Gustavo Petro, 62, opened his first address to the UN General Assembly by saying ‘the war on drugs has failed’

The drugs were seized at the Columbia-Solidarity Bridge near the town of Laredo, one hundred miles from San Antonio, after U.S. Customs and Border Protection (CBP) officers conducted a secondary inspection of a 2016 Stoughton trailer.

They discovered 1,935 packages containing nearly a tonne (1,532.65 pounds) of suspected cocaine in the shipment after taking out the sniffer dogs and using a non-intrusive examination of the inspection system.

The previous month, more than half a million dollars worth of cocaine had been seized from a cargo truck attempting to enter the United States disguised as “juice” in the same city. 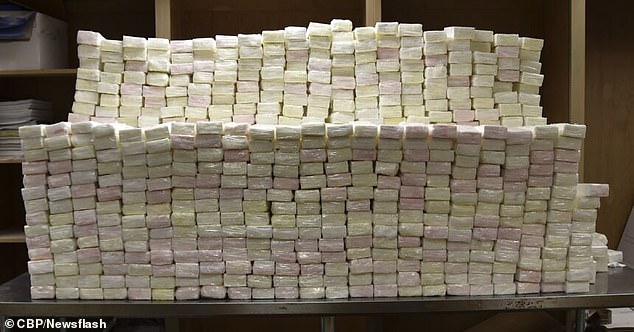 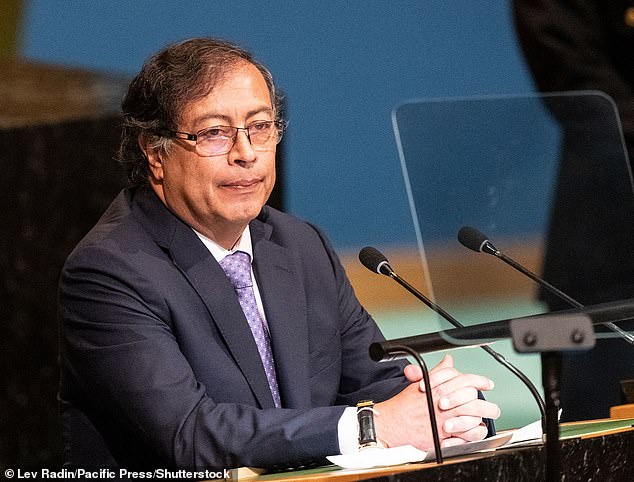 Petro suggested that conflicts over energy resources have resulted in more deaths than drug trafficking. “What is more toxic to humanity: cocaine, coal or oil?” He asked 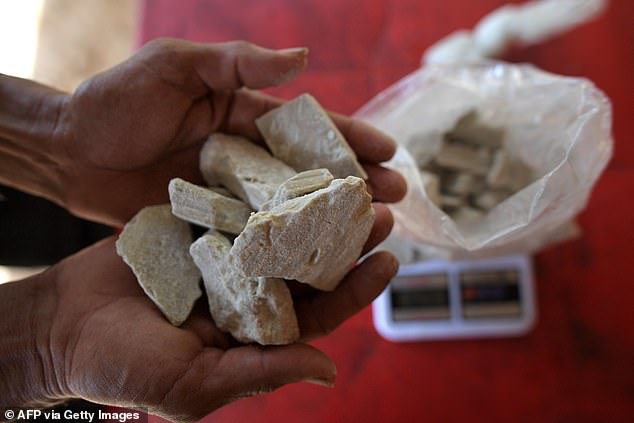 Pictured: coca paste, an extract from the coca leaf. Colombia is the largest producer of cocaine in the world and produces more than the next two countries, Peru and Bolivia, combined

During his campaign for the presidency, Petro said he wanted Colombia to export food and encourage agricultural production in favor of cocaine and weapons.

Efforts to combat drug trafficking in Colombia have increased despite the country continuing to spend money fighting it, he said.

“We will never achieve peace in Colombia until we regulate drug trafficking,” he continued.

“Even the United States, with all its power and money, could not win the war on drugs. Currently, Colombia produces more drugs than when Pablo Escobar was alive. There are more consumers. There are more farmers.

A report by the Truth Commission, which investigated 50 years of Colombian civil conflict, found that drug trafficking was prolonging the conflict despite the US sending $8 billion in military aid to Colombia .

An estimated 260,000 Colombians have died as a result of the war on drugs. 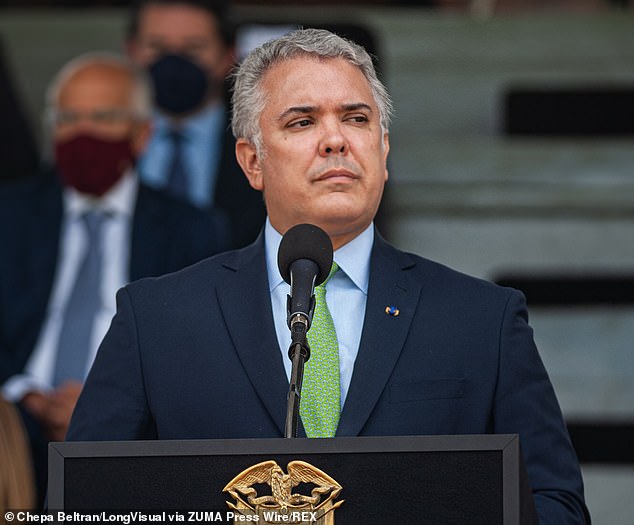 Pictured: Ivan Duque. The former president added that the legalization of cocaine could lead to security risks in the United States 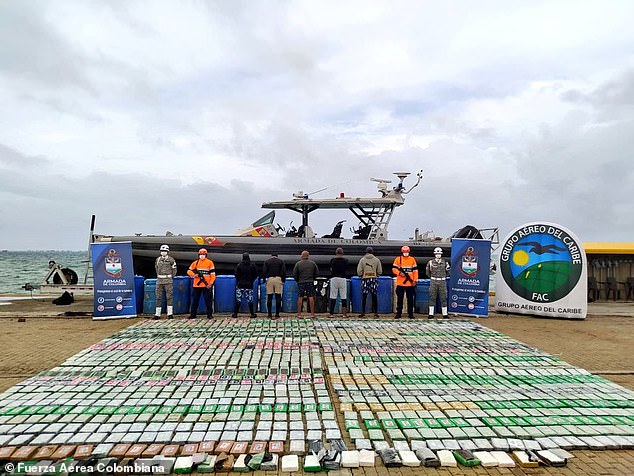 Pictured: The Colombian Navy recovers a ton and a half of cocaine packages. More than 260,000 Colombians have died in the war on drugs, report says

Duque completed his argument by saying that 40% of Colombian exports come from oil and gas.

As Petro hopes to shift from the war on drugs to a focus on climate change efforts, Duque said the new president must think about the nation’s future.

“There is a transition underway and Colombia can transform over the next decade into an exporter of green hydrogen, but so far we have to maintain the balance to do a good job on oil and of gas in terms of exports on production”. ” Duque said.

“At the same time, we must continue to develop unconventional renewable energies.” 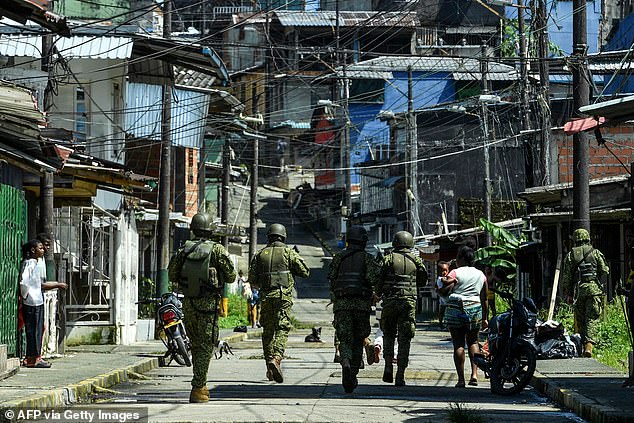 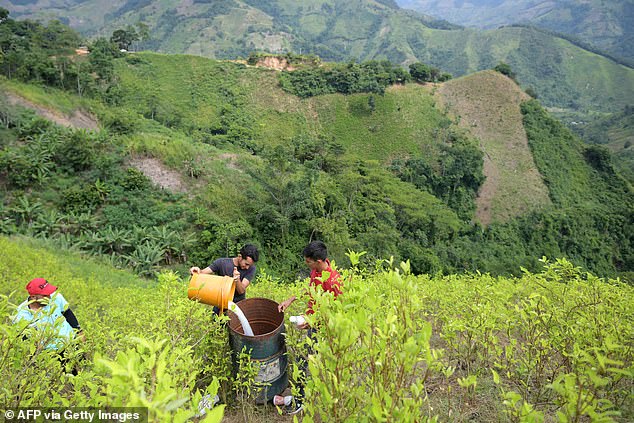 Pictured: the process of fumigating coca plants. ‘We will never achieve peace in Colombia until we regulate drug trafficking,’ Colombian senator says 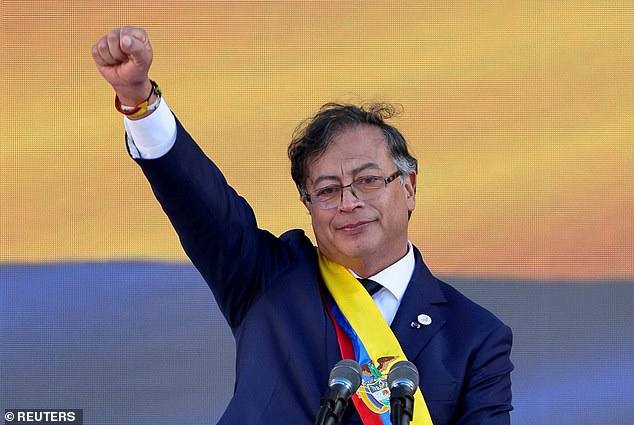 Pictured: Gustavo Petro during his swearing-in ceremony. In response to Petro’s speech, Bolivian President Luis Arce said he “would like to hear a very specific proposal on this.”

During his speech, Petro said global efforts to save the environment were “hypocritical” because world leaders are ignoring the destruction of the Amazon rainforest.

“The climate catastrophe that will kill hundreds of millions of people is not caused by the planet, it is caused by capital,” he said.

After hearing Petro’s proposals, Bolivian President Luis Arce said he would like to continue discussions between the two countries on how regulations could be relaxed.

“He shared with us the ideas he talked about today,” Arce said.

“We would like to hear a very specific proposal on this.”

Not all news on the site expresses the point of view of the site, but we transmit this news automatically and translate it through programmatic technology on the site and not from a human editor.
Tags
cocaine Colombia declares drugs legalize lost Nations President war
Facebook Twitter LinkedIn Tumblr Pinterest Reddit VKontakte Odnoklassniki Pocket

US spy satellite launched from California