Pep Guardiola says his rivalry with Jurgen Klopp will be the most intense of his managerial career as Manchester City and Liverpool prepare to clash in a huge Premier League title showdown.

The City boss regularly faced Jose Mourinho when they were managers of Barcelona and Real Madrid respectively, but says he will remember Klopp as the man who gave him the biggest challenges.

“For the last five years they have been the biggest opponent,” Guardiola said ahead of City’s highly anticipated clash with their title rivals at the Etihad Stadum on Sunday.

“They’ve been an amazing, wonderful candidate, with some good games. I admire Liverpool and the way they do it, but I like the challenge.

“Jurgen, as a manager, has been the biggest rival I’ve ever had in my career and I think what both teams offer is good for football.

“The point is not a jibe to Jose. He’s an exciting manager and I was his rival, but I’ve been here for five years and played against Liverpool several times.

“Except the year we made 100 points, the rest was tight. It’s because they are good and hopefully they think we are too.

Despite the huge rivalry between Man City and Liverpool, the two managers respect each other.

Speaking at his press conference on Friday, Klopp hailed Guardiola as the best manager in the world.

Guardiola replied: “I didn’t become a coach to be the best. I’m not.

He added: “I would say amazing things about my team. My team is the best. I like to admit that my players are exceptional.

The result of the match could give a strong indicator in which hands the Premier League trophy will fall this season.

But neither Klopp nor Guardiola subscribe to the idea that it would be a winner take all.

On whether this weekend’s clash will decide the title, Guardiola said: “I don’t know.

“It will be three extremely important points but (there will be) still seven games. Important? Of course it is.

Klopp added: “If we win we’re two points clear and if everyone thinks that’s it, done and dusted off, then I can’t help them.

“If we lose we’re four points behind and if someone thinks that’s it I can’t change it, but I know no one from Man City will think of it like that, and a draw, we are one point behind.”

The rivalry between Guardiola and Klopp dates back almost a decade to 2013, when the Spaniard was poorly received by his counterpart upon arriving in Germany.

The first competitive game of Guardiola’s stint as Bayern Munich manager saw his side beaten 4-2 by Borussia Dortmund to win the German Super Cup, with Klopp making a first statement.

Dortmund would beat Bayern again in the following year’s edition, but by then Guardiola were dominating the league and the cup, nullifying Dortmund’s title chances and ending Klopp’s time there.

What Guardiola failed to realize was that he had given his last rival a head start, with Klopp arriving at Liverpool nine months before Guardiola joined City.

It allowed the Reds boss to begin an overhaul of a dreadful squad, setting up chapter two of the Guardiola vs Klopp rivalry in time for the 2018/19 season.

The pair have faced each other 22 times in total and are currently tied on eight wins apiece, with the next win perhaps the most crucial of them all.

Guardiola has won 10 of his 32 England honors, ahead of Klopp’s five with Liverpool, but much to City’s chagrin, Klopp’s tally includes a European Cup. 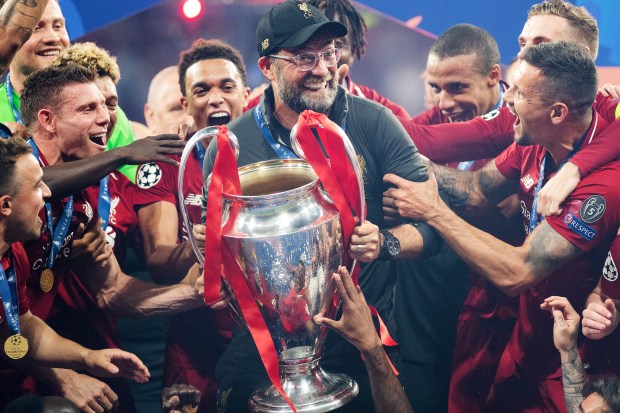 The duo will collide once more after Sunday’s Premier League epic, facing the FA Cup, and there’s even potential for a Champions League final encounter on May 28.

This week certainly isn’t the first time the two have been at the center of a debate over who’s better, but by June the row could well be over.

Betting offer of the day

888sport: New customers only. Minimum deposit of £10 • A qualifying bet is a “real money” wager of at least £10 • Minimum odds of 1/2 (1.5) • Free bets are credited upon settlement of the qualifying bet and expire after 7 days • Free bet stakes are not included in returns • Casino bonus must be claimed within 7 days • To withdraw bonus/associated winnings, wager x40 bonus amount within 14 days • Casino bonus expires after 60 days • Withdrawal restrictions and full terms and conditions apply 18+ begambleaware.org

Ancient volcanoes may have created water reserves on the Moon

In India’s mobile payment boom, even beggars are getting QR codes