This is an alleged breach of privacy, which could compromise any electoral exercise. An investigation revealed that a private non-profit organization was collecting voter data in Bangalore while its agents posed as government officials.

The Congress alleged that the Bharatiya Janata Party (BJP) government of Karnataka misused the information and accused it of violating standards set by the Election Commission (EC).

A look back at the controversy and the showdown between the two political parties over the alleged fraud.

Was voter data stolen in Bangalore?

According to a survey by The news minute and the Kannada outlet Pratidvani, Chilume Educational Cultural and Rural Development Institute, a non-governmental organization, has been authorized by the civic body of Bengaluru, Bruhat Bengaluru Mahanagara Palike (BBMP), to conduct a voter awareness exercise – the systematic education of voters and the electoral participation (SVEEP). The NGO was also tasked with revising election polls ahead of the 2018 National Assembly elections.

However, the nonprofit, which claimed it would investigate for free, allegedly abused the government order. The Chilume Institute issued fake IDs to its field agents, who posed as officers at the BBMP booth, the investigation report said.

Information collected surreptitiously from voters has great commercial value. Private organizations could pay a lot of money for this. This is invaluable data for politicians, a report in The news minute said.

Has the data been misused?

Congress alleged that the data had been misused by the BJP and that the NGO was linked to Karnataka Minister Dr CN Ashwathnarayan. According to the Congress, the names of several voters were removed from the list to help the BJP leaders win the elections in Bengaluru.

“How was a private entity authorized to collect information? How can contract employees of a private company pose as government employees and collect information on sex, gender, voter identification number, Aadhaar, marital status, etc. , who are protected by privacy law? Randeep Singh Surjewala, AICC’s general secretary in charge of Karnataka, asked during a press conference last week.

The Karnataka Congress has demanded the resignation of Chief Minister Basavaraj Bommai. As the CM was in charge of the urban district of Bengaluru, it was directly responsible for the illegalities committed there, Surjewala said, alleging the exercise was an attempt to “steal the election”. 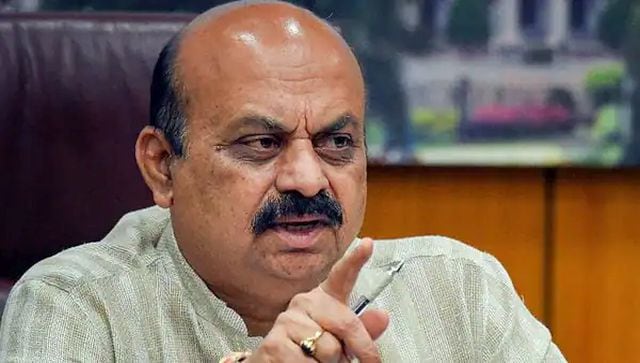 Congress has demanded the resignation of Karnataka CM Basavaraj Bommai over the alleged data theft. PTI

What are the BBMP and BJP saying?

After the media briefing, the BBMP rescinded Chilume’s clearance but officials did not explain the reasons for its withdrawal. BBMP and EC officials said The news minute that despite the cancellation of the order, the data has not been recovered from Chilume and its subcontractors.

The BBMP claimed that Chilume was allowed to conduct house-to-house visits to raise awareness of online applications through the voter helpline mobile application and little else. Last week, the civic body acknowledged that the NGO had “violated the conditions of authorization”.

“I call on the general public not to share their voter identification information with representatives of the trust. The trust has violated the terms of the authorization. The Elections Commission has received complaints from the public that the trust was collecting personal information.Therefore, the authorization is revoked,” said BBMP Chief Commissioner Tushar Giri Nath.

However, Nath claimed the civic body found no evidence of data theft. The BBMP filed a complaint with the police against the NGO since “we too have doubts”, he said, according to a report in The Hindu.

Meanwhile, the CM has ordered an investigation into the alleged scandal. “I ordered relevant officials to investigate the matter from 2013,” Bommai told reporters.

According to the CM, Congress had contracted the same NGO when it was in power from 2013 to 2018. It alleged that the Congress contract was riddled with violations and irregularities compared to the one entered into by the BJP government.

What did the EC say?

Manoj Kumar Meena, chief electoral officer of Karnataka, said last week that no permission for the investigation had been granted by the BBMP or the district electoral director to any NGO. Permission to create awareness was withdrawn immediately after receiving the complaint against Chilume.

Has action been taken against Chilume?

Police arrested three people from the NGO for the alleged theft of voter data – Dharesh, the HR, one of its directors Renuka Prasad and the brother of its founder-director Krishnappa Ravi Kumar.

Kumar, however, is still on the run.

The association was registered in July 2013 by five people including Kumar. The three trustees registered another company called Chilume Enterprises Pvt Lit in January 2018, which specializes in event management and election management.

It also operates an election survey app called “Digital Sameeksha” to which personal data collected by Chilume employees has been uploaded.

Not all news on the site expresses the point of view of the site, but we transmit this news automatically and translate it through programmatic technology on the site and not from a human editor.
remon BuulNovember 21, 2022