A college professor has been charged with murder after shooting dead an 18-year-old girl who was about to start her college studies in the fall, police say.

Richard Sigman, a business professor at the University of West Georgia, allegedly argued with a man at Leopold’s Pizzeria in Carrollton on Friday night and threatened to shoot him.

Fearing for his life, the man alerted restaurant security around midnight, who realized Sigman was carrying a concealed weapon and told him to leave.

Furious, the 47-year-old college professor burst outside and into the parking lot and fired several shots into a car, where recent high school graduate Anna Jones was sitting.

Jones, who according to local reports was an innocent bystander, was hit by one of the bullets and seriously injured.

She was rushed to hospital by friends but was pronounced dead on arrival.

It remains unclear why Sigman discharged his pistol into a parked vehicle, but Carrollton Police Department officers arrested the professor in the early hours of Saturday morning and later confirmed that he had been charged with murder, aggravated assault and unlawful possession of a firearm.

Jones, who had graduated from local Mount Zion High School just weeks before her tragic death, had enrolled as an incoming freshman at the University of West Georgia.

Meanwhile, Sigman had his contract terminated immediately by the university following the shooting, which took place just a mile and a half from college grounds.

University President Brendan Kelly said, “Western Georgia University has learned of the loss of one of its students, Anna Jones, who died in an off-campus incident earlier today.

“UWG has terminated Richard Sigman’s employment and continues to work with the City of Carrollton Police Department as they conduct this ongoing investigation.”

Richard Sigman was fired from West Virginia University on Saturday and is now behind bars and unemployed following Saturday night’s murder. 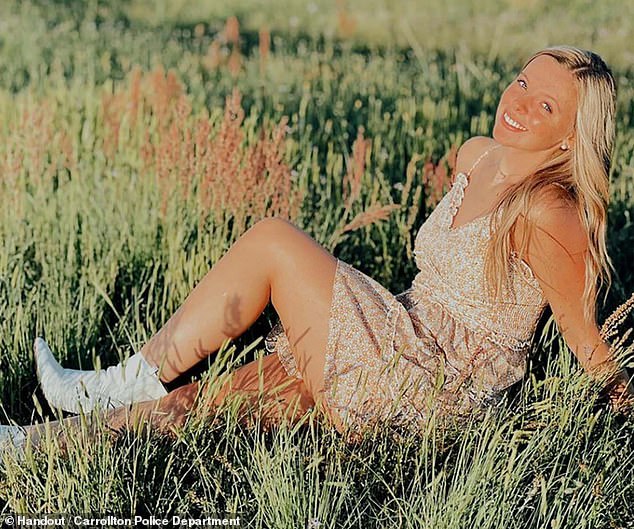 Anna Jones, a recent high school graduate who was enrolled as a freshman at the University of Western Georgia, was killed by Sigman, cops said, after the business professor got into a fight with another man and inexplicably shot on the girl’s vehicle.

The feud, cops say, started inside Leopoldo’s Pizza Napoletana in Adamson Square, but spilled into the parking lot after Sigman threatened to shoot the man with a handgun he had hidden on him.

The institution’s security guards then intervened, expelling Sigman and angering the lecturer.

Detectives say the professor then drove into a parking lot at a courthouse about a block from the restaurant and inexplicably opened fire on the parked car Jones was sitting in.

Friends who allegedly accompanied the teenager drove their injured friend to a nearby hospital, where she was pronounced dead on arrival, police said.

It remains unclear if Sigman opened fire in a deliberate attack on Jones or if she was simply caught in the crossfire when Sigman began firing wildly. 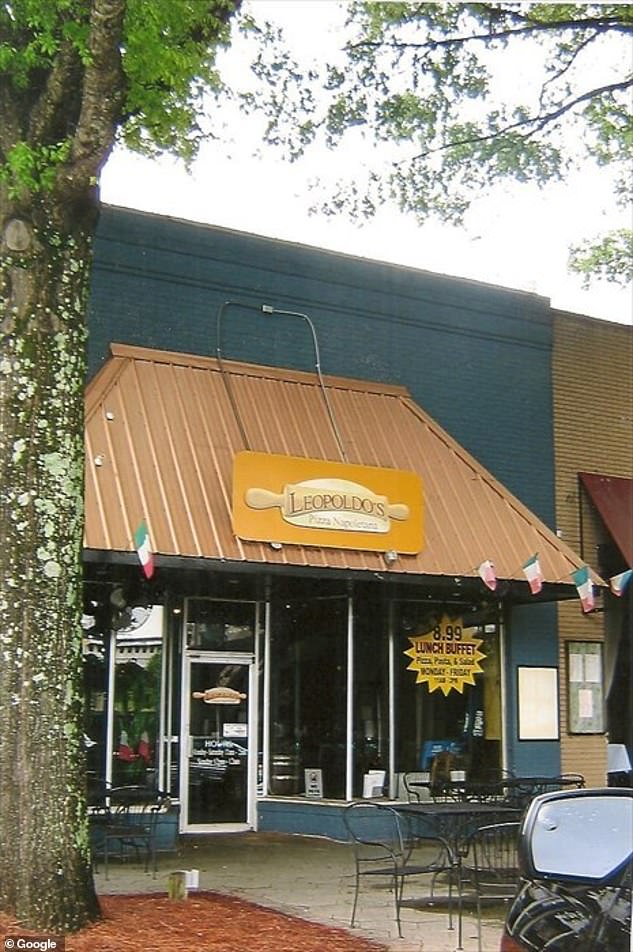 The feud, cops say, started inside the restaurant, Leopoldo’s Pizza Napoletana in Adamson Square, but spilled into the parking lot after Sigman threatened to shoot the man with a handgun he had hidden on him. 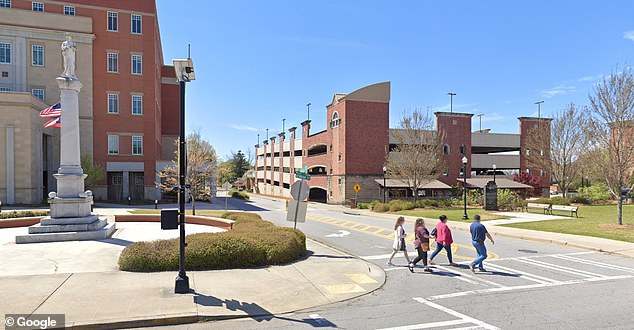 That’s when detectives say the professor walked into a parking lot at a courthouse about a block from the restaurant (pictured right) and inexplicably opened fire on the parked car in which Jones was seated.

It’s not immediately clear if Sigman has an attorney to speak on his behalf.

The university confirmed on Saturday that Jones is a college student set to start classes later this month.

“On behalf of the university, we wish to convey our deepest condolences to Anna’s family and many friends,” University of West Georgia President Dr. Brendan Kelly said in a statement to the media. social.

“We know this news is difficult to process and affects many members of our university community,” he continues.

“We ask that you keep Anna’s family, friends and all those affected by this tragedy in your thoughts during this extremely difficult time.”

The University added that Sigman – who is pictured with blood streaking across his face in his booking photo – was fired after charges were brought against him. 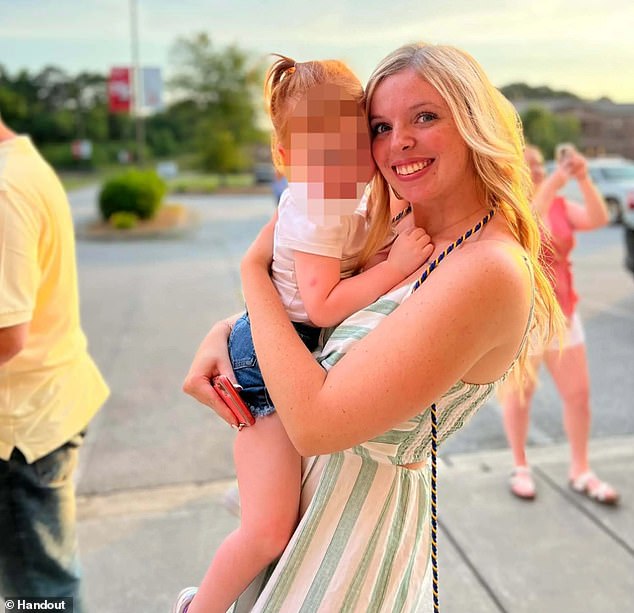 Jones, who had been a resident of nearby Jonesboro and a graduate of Mount Zion High School, was remembered by family and friends as “a beautiful, gentle soul [whose] smile would light up a room,” in a GoFundMe created after the murder

A GoFundMe, created by friends and family of the tragic victim, has left a touching tribute to the slain freshman.

Jones, who had been a resident of nearby Jonesboro and a graduate of Mount Zion High School, was remembered by family and friends as “a beautiful, gentle soul [whose] smile would light up a room”.

The girl’s grieving parents wrote: ‘Like most parents, you never think you’ll need life insurance for your child.

“It was a devastating and senseless crime that broke many hearts, a grieving community and a grieving family.”

Georgia Senate Majority Leader Mike Dugan, whose legislative district includes Carroll County where the incident took place, said: “A senseless act of violence resulted in the death of Anna Jones, a graduate of Mt. Zion who was attending West Georgia University this fall.

“I hold his friends and family in my thoughts and prayers – I would ask everyone to do the same.”

Her friend Ethan Lepard told the Post, “I will miss her forever. There are so many good qualities that no one could list them all.