Ukrainian forces recovered the shattered remains of the Antonov An-225 Mriya, the world’s largest aircraft, as Russian troops retreated from the Kyiv (kyiv) region.

A national icon, the mammoth aircraft was built during the Soviet era in 1985, when it was codenamed “Cossack” by NATO, to carry Buran-class space shuttles on its back, but was reused after the fall of the communist regime to carry cargo that no other aircraft could carry.

That all ended shortly after the Russian invasion of Ukraine that year, however, with the An-225 – sometimes mistaken for a crudely photoshopped image when first viewed due to its almost comical size and its large number of wheels – being destroyed during the battle for Antonov Airport by Hostomel (Gostomel).

This photo taken on Aug. 3, 2020 shows a view of the Soviet-built Antonov An-225 Mriya strategic airlift cargo plane, the world’s largest cargo plane, as it lands at Ben-Gurion International Airport in Israel in Lod, east of Tel Aviv. The plane arrived in Israel carrying US Oshkosh military vehicles, which were to be equipped for use with Iron Dome systems purchased by the US military, under an August 2019 agreement. (Photo by JACK GUEZ/AFP via Getty Images) 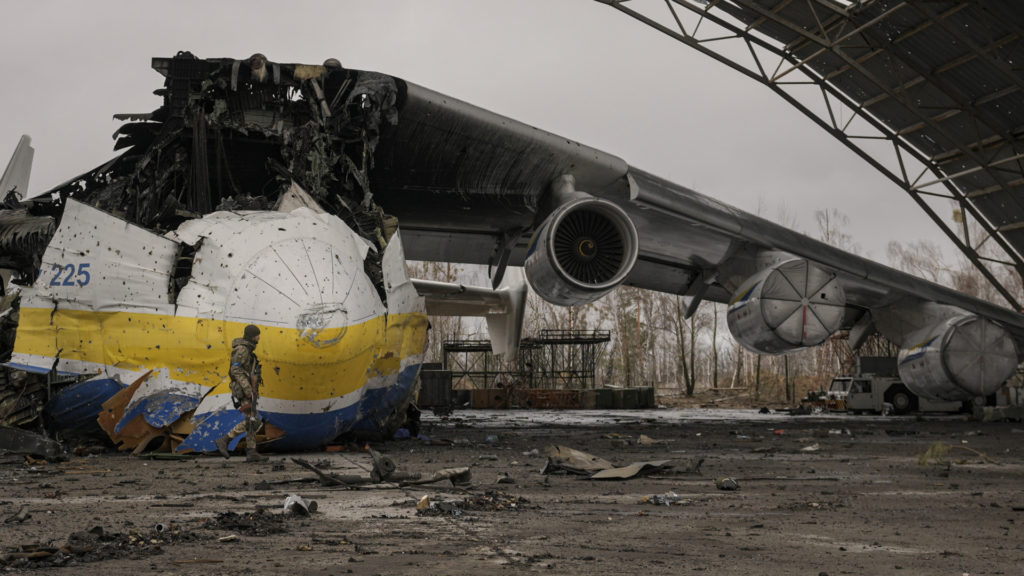 A Ukrainian serviceman walks past an Antonov An-225 Mriya jet destroyed during fighting between Russian and Ukrainian forces at Antonov Airport in Hostomel, Ukraine, Saturday, April 2, 2022. (AP Photo/Vadim Ghirda )

With the Russians having now withdrawn from the Kyiv region – either because they achieved their objectives in the region or because their position became untenable in the face of heavy casualties, depending on whether one listens to the Russian narrative or Ukrainian-Western – the airport has now been taken over by Ukrainian forces, and the cargo plane destroyed with it.

A fierce battle scene in which Russian elite VDV paratroopers reportedly suffered heavy casualties, Ukrainian forces did not let the disheartening sight of An-225 remnants dampen their mood too much, celebratory troops swarmed filming burning a captured Russian flag in front of her. 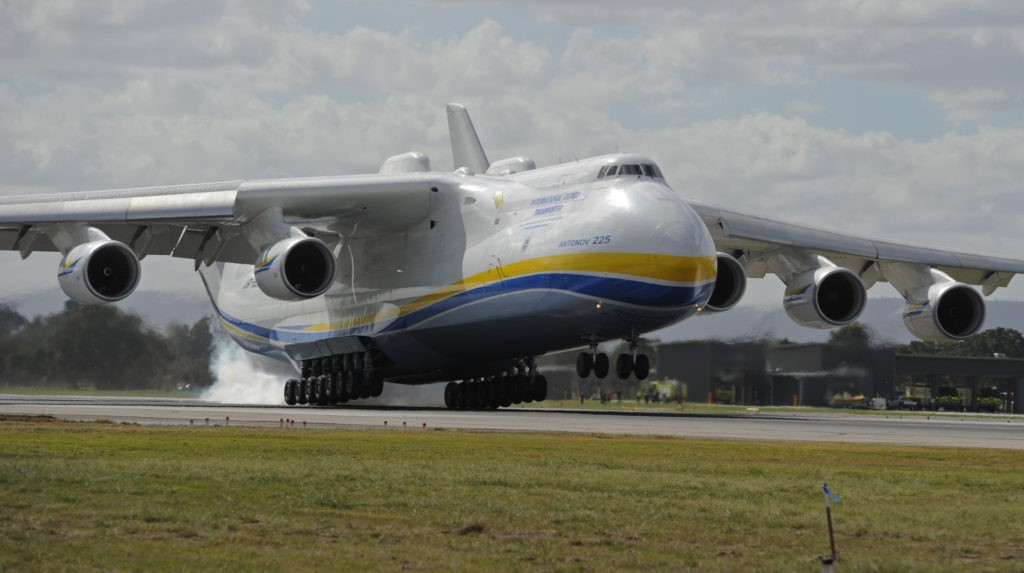 The world’s largest plane, the Ukraine-built Antonov An-225 Mriya, lands at Perth Airport on May 15, 2016.
The six-engine plane, built to carry the Soviet space shuttle Buran, is now used for cargo that no other plane can carry and on this flight to Perth it carried a large generator purchased by an energy resource company. ‘Western Australia. (GREG WOOD/AFP via Getty Images) 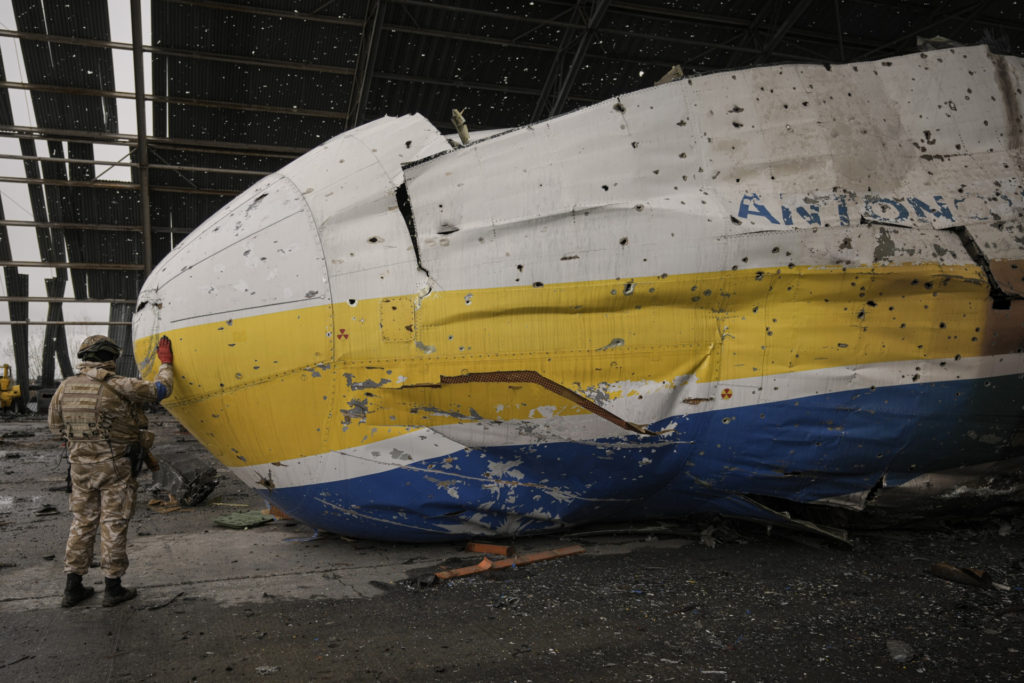 A Ukrainian serviceman touches the nose of an Antonov An-225 Mriya jet destroyed during fighting between Russian and Ukrainian forces at Antonov Airport in Hostomel, Ukraine, Saturday, April 2, 2022. (AP Photo/Vadim Ghirda)

Incredibly, there is a chance that the one-of-a-kind aircraft could return to the skies once the conflict subsides, with the Ukrainian government having sworn to “rebuild the plane” as a point of principle.

Despite the 1980s vintage of the An-255, there is a realistic chance that this could be feasible, as a second airframe – its construction interrupted by the collapse of the Soviet economy first, then the Union Soviet itself – remains in Ukrainian custody in kyiv, with its completion has long been a pipe dream for many. 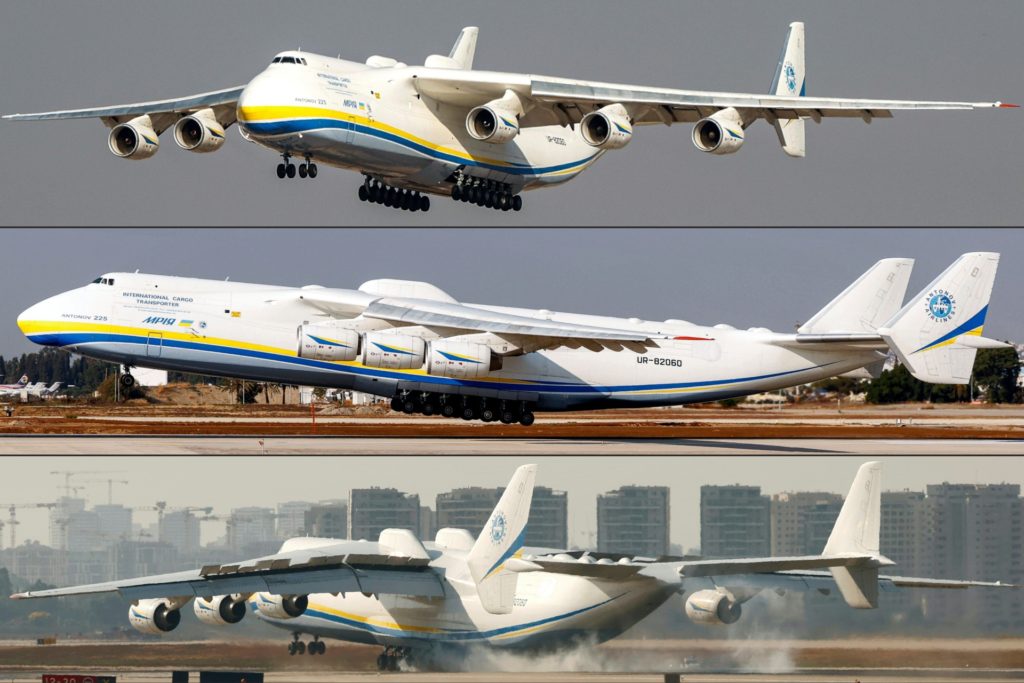 This combination of images created and taken on August 3, 2020 shows a view of the Soviet-built Antonov An-225 Mriya strategic airlift cargo plane, the world’s largest cargo plane, as it lands at the airport international Ben Gurion of Israel in Lod, east of Tel Aviv. (Photo by JACK GUEZ/AFP via Getty Images) 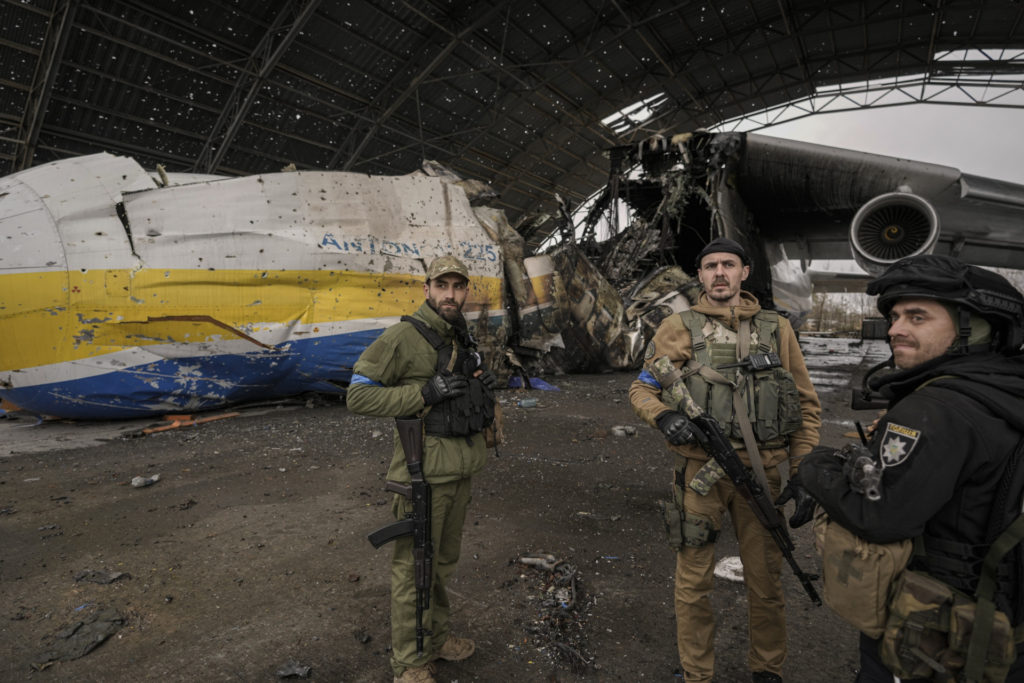 Ukrainian servicemen stand next to an Antonov An-225 Mriya aircraft destroyed during fighting between Russian and Ukrainian forces at Antonov airport in Hostomel, Ukraine, Saturday, April 2, 2022. At the entrance to At Antonov Airport in Hostomel, Ukrainian troops occupied their positions, a sign that they had full control of the runway that Russia tried to storm in the early days of the war. (AP Photo/Vadim Ghirda)

Trust in US institutions plummets in part because DC establishment continues to arm them: Gabbard

We’re back with an army of patriots