According to reports, the British Rugby Football Union is set to ban transgender athletes from competing with born women.

The announcement follows a two-year review of the matter and, if approved by the RFU Council, could take effect this season, according to the Daily mail.

“The RFU Council will vote on a policy change recommendation for contact rugby to only allow players in the women’s category whose registered sex at birth was female,” the announcement read.

“This is a complex and difficult decision and the recommendation was not made lightly or without thorough and comprehensive research and consultation,” the statement added.

“The RFU has reached out to registered trans players, who the policy will have a direct impact on, to offer support by continuing to encourage them to take part in the sport,” he said.

Previously, the RFU allowed some trans athletes to compete on women’s teams on a case-by-case basis, and a few trans players were allowed to join women’s teams.

But now the league says it has determined that puberty gives men “benefits in strength, endurance and physique,” ​​so allowing trans athletes is unfair to born women.

As the RFU explained, “the inclusion of trans people designated as male at birth in women’s rugby cannot be weighed against considerations of safety and fairness”. 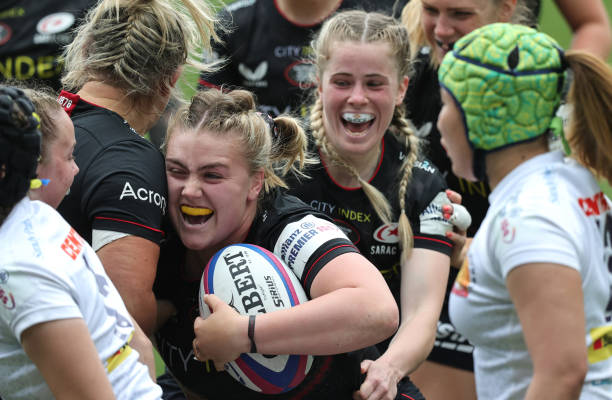 It is not yet clear what the league will do with the six trans players who had already been approved for the competition.

The RFU’s decision comes a month after a similar ban on trans athletes put in place by the International Rugby League, which banned trans players in June.

Additionally, in June, international swimming governing body Fina officially enacted rules to exclude transgender swimmers such as Lia Thomas from competing under their chosen gender in competitions held under its authority.

The RFU is not the only UK sport to ban trans athletes from competing as women. For example, British Triathlon recently decided that trans athletes could only compete against men or other trans athletes and could not compete in the women’s category.

Michael Bublé welcomes baby No. 4 with his wife Luisana Lopilato