Bloodbath in the City of London: Horror as three people are stabbed near Liverpool Street station in shocking broad daylight attack before the knife ‘flees the scene’

By Elizabeth Haigh for Mailonline

Three people were stabbed and another injured after being ‘knocked to the ground’ in a bloodbath on the streets of central London this morning.

A massive emergency response was seen near Liverpool Street station as several ambulances and police cars rushed to the scene in Bishopsgate.

Footage on social media showed four police vehicles and four ambulances on the road near the 22 Bishopsgate skyscraper.

City of London Police said: ‘We are aware of an incident this morning at Bishopsgate. 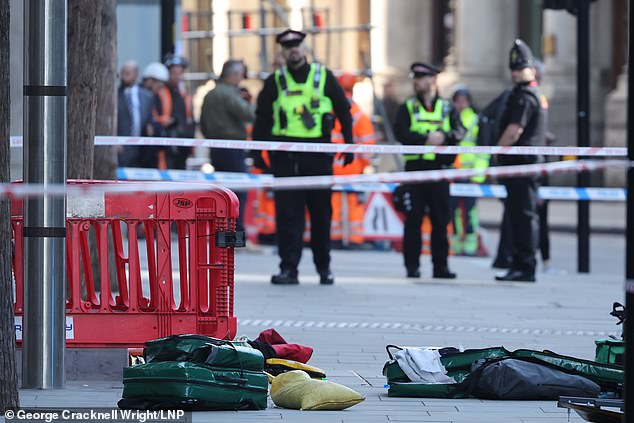 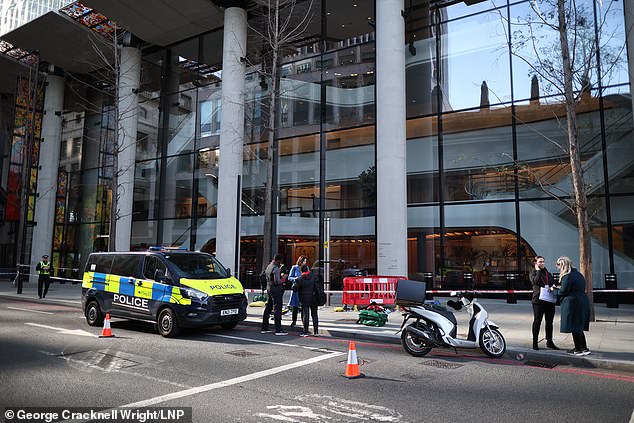 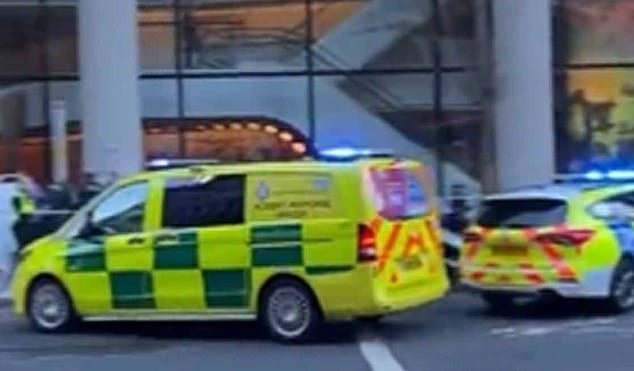 “Our officers are at the scene and the London ambulance is present. A cord is currently in place.

They later said: ‘We received reports of three stab wounds and one person being pushed to the ground in Bishopsgate at 9.46am and officers arrived at the scene at 9.51am.

“Three victims were taken by LAS to a nearby hospital for treatment.

“This is an ongoing situation, but it is not being treated as terrorism related.”

No arrests have been made at this time, according to MailOnline.

London Ambulance said in a tweet: ‘We were called at 9.52am today to a report of a stabbing in Bishopsgate.

“Our teams treated four patients. Three were taken to hospital and one was discharged.

The exact cause of the incident remains unclear, but online reports suggest it could have been sparked by an argument over an attempted robbery.

Passersby sprung into action to stop the theft outside the impressive 22 Bishopsgate skyscraper shortly before 10am.

Businesses in the building include insurance companies Hiscox and Royal & Sun Alliance Insurance Limited, as well as law firms such as Cooley LLP and Covington & Burling LLP.

The police have so far ruled out terrorism.

A police source told MailOnline: ‘The incident appears to be an attempted phone snatching.

“Three members of the public intervened and were injured.

“One person was stabbed and two were lacerated.

“However, their injuries are not life-threatening.”

He added: “There doesn’t seem to be a connection to terrorism.”

Andrea Silva told The Metro: “I didn’t see it coming. I saw it from a bus.

“There was a fair amount of blood visible but the victims were behind a white screen.

“Lots of paramedics on someone on the floor.

A second eyewitness told the Evening Standard that the victims were “hidden behind a white screen”.

Footage from the scene shows abandoned London Ambulance medical kits as victims were rushed to hospital.

Another tweeted: ‘Just saw about four seriously injured people on the side of the road near Bishopsgate pass on the bus.

Reports say the incident lasted around two minutes and happened a few hundred meters from a police station.

Local MP Nickie Aiken said: “Worried to hear of the Bishopsgate incident. I am in contact with City Police for updates.

“My thoughts are with everyone involved, including first responders.”

This story is being updated.