Three ‘bullies’ have been suspended from a Florida hockey league after they allegedly drove a 16-year-old girl to suicide when she started talking to one of their ex-boyfriends.

McKenna Brown, of Pinellas County, took her own life in August after being brutally bullied and harassed online by girls she had been friends with for years.

Just five days after the events unfolded, the 16-year-old girl committed suicide. Unearthed texts revealed the deluge of abuse – as her teammates tried to ‘cancel’ and embarrass her for arguing with one of their exes.

Three players, who have not been identified, have been charged with cyberbullying and have now been suspended from the Lightning High School Hockey League.

McKenna’s devastated parents, Cheryl and Hunter Brown, claim their daughter was severely harassed by the girls – who she hung out with days before her death.

Despite their actions, the girls still attended McKenna’s funeral, but did not speak to her parents.

McKenna Brown, 16, of Pinellas County, killed herself in mid-August after being bullied and harassed online after she started talking to the ex-boyfriend of one of her hockey teammates. Five days later she committed suicide 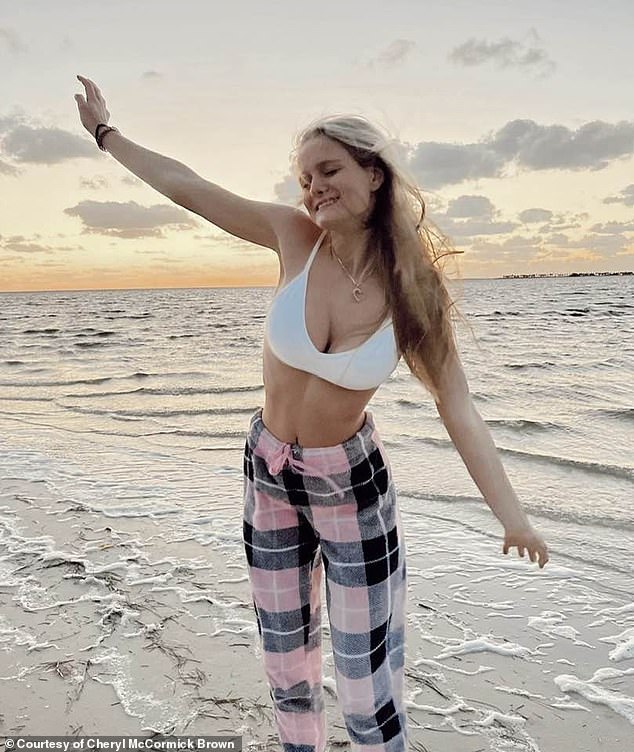 Three players, who have not been identified, have been charged with bullying McKenna (pictured) and have been suspended from the Lightning High School Hockey League for cyberbullying 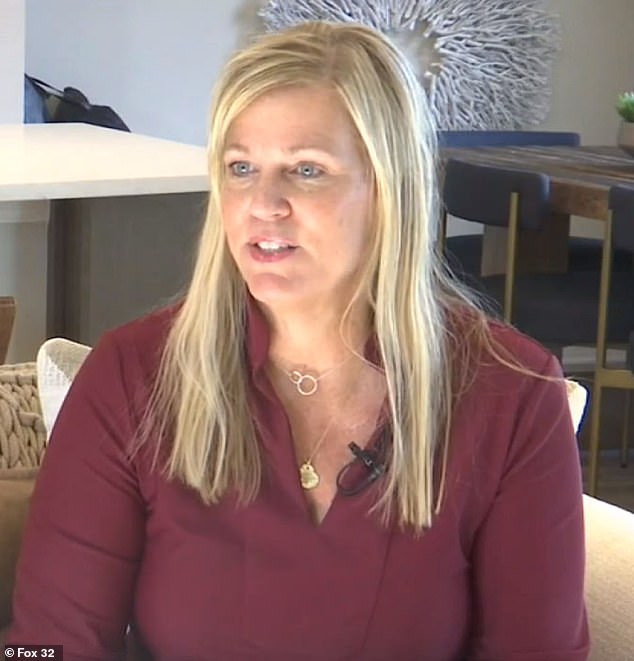 Her mother Cheryl found her in her bedroom “face down” on the floor and originally thought she was sleeping. When she went to roll her, she found her daughter ‘cold and stiff’

McKenna and the girls went to the beach when they met one of their ex-boyfriends, who the friend had dated two years prior.

The boy reportedly started “flirting” with McKenna and the college athlete asked his friend if it was okay to talk to him.

The following evening, the group went to the causeway, where the goalie hung out with the boy. But the other girl started getting jealous, McKenna’s parents told Dr Phil.

After dropping McKenna off at the house, the young girl – who had just gotten her driver’s license – began to receive a “barrage of texts and phone calls from the girl”, the Browns told Dr Phil.

“McKenna had asked the only friend/teammate if she’d be willing to talk to her ex-boyfriend of two years earlier, and she said that was fine. She then realized a few days later that it was not okay. ‘deal with a friend because of the way she fought back,’ Cheryl told Fox 13.

McKenna apologized to her friend for “crossing the line” and spent the day discussing the hostility with her mother, who called her daughter her “best friend.” 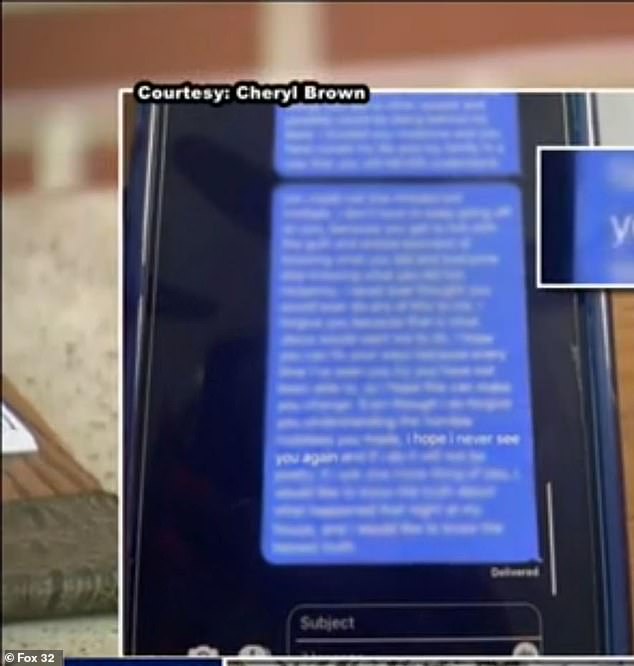 McKenna had received a series of text messages from the girl and other friends, including messages saying: ‘You’ve hurt us all so bad’ and ‘I hope I never see you again’ 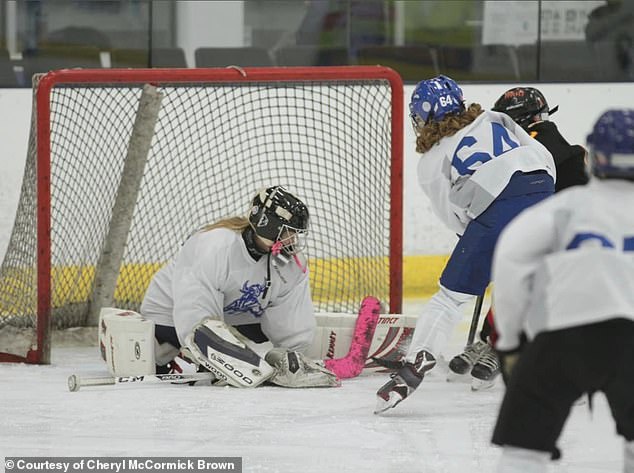 The family went to dinner later that night and McKenna noticed her friends were all together, after seeing their location through Snapchat’s map feature. That’s when his “face turned white,” his mother said.

After watching a movie together, McKenna decided the family would go to church the next morning.

When Cheryl entered her daughter’s bedroom the next morning, she found McKenna “face down” on the floor.

“I thought she was sleeping. I went to her and went to turn her around and she was cold and stiff and I knew she was gone,’ the heartbroken mum told Dr Phil.

In her daughter’s “thoughtful” suicide note, she neglected to name one of her alleged bullies, but her mother said she “knew it had to have something to do with those girls.”

“I had no idea how much of what we learned and pieced together after he arrived,” Cheryl said on the show.

The letter reportedly told her parents that she felt “safe” at home and loved her family, but “lacks a sense of belonging”.

The girls allegedly shared “really personal information” about McKenna – including that she was raped when she was 14 – with other teammates and friends to “humiliate” and “embarrass” her.

Other text messages, obtained by Fox 13, show the girl texting McKenna: “You’ve hurt us all so much” and “I hope I never see you again.”

She also received novel-length messages and was bombarded by other girls, including a message that said they “wanted to leave her without a single friend”.

The high schooler even took to social media to encourage others to “cancel” McKenna.

‘How do you do that to someone?’ her mother asked Fox 13.

The girl who did most of the bullying even showed up at McKenna’s funeral and Cheryl thinks the hockey player is ‘without remorse’.

‘[The bully] told one of her friends, “She got what she deserved. 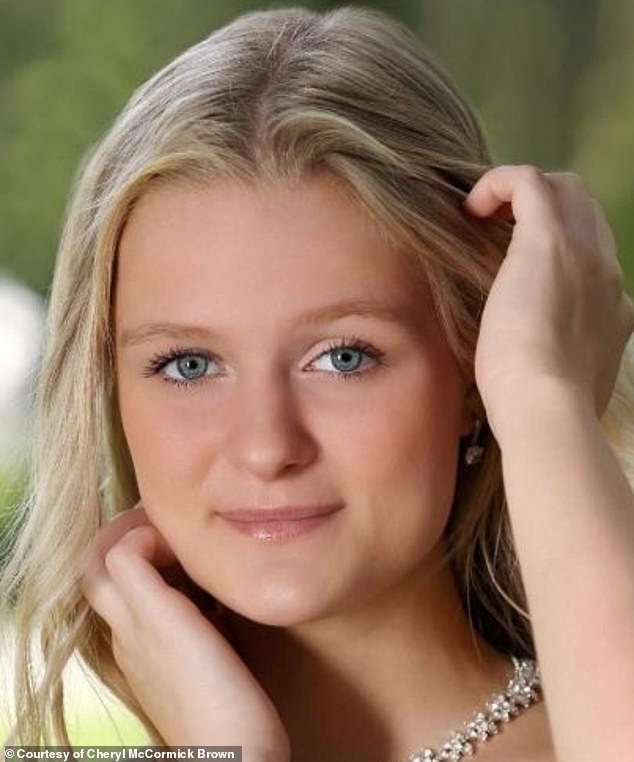 McKenna left a “thoughtful” suicide note, telling her parents she felt “safe” at home and loved them. She told them she ‘lacks a sense of belonging’ 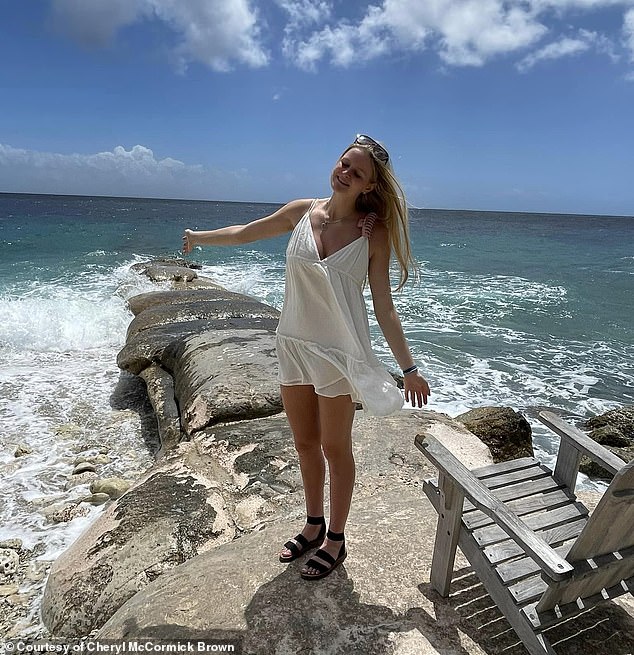 She didn’t blame the girls who harassed her in her grade, her mother says 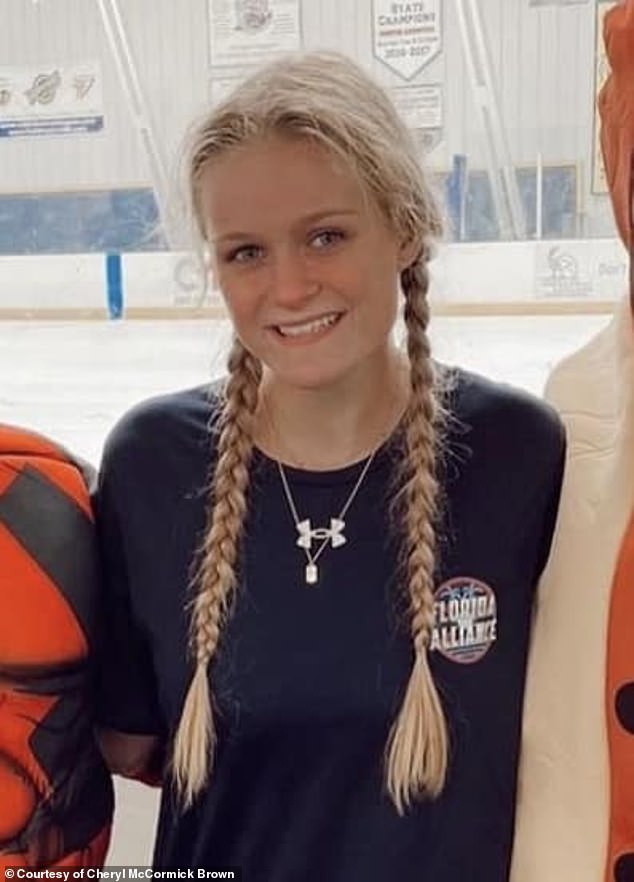 The girls shared “really personal information” about McKenna with other teammates and friends, including that she was raped when she was 14. 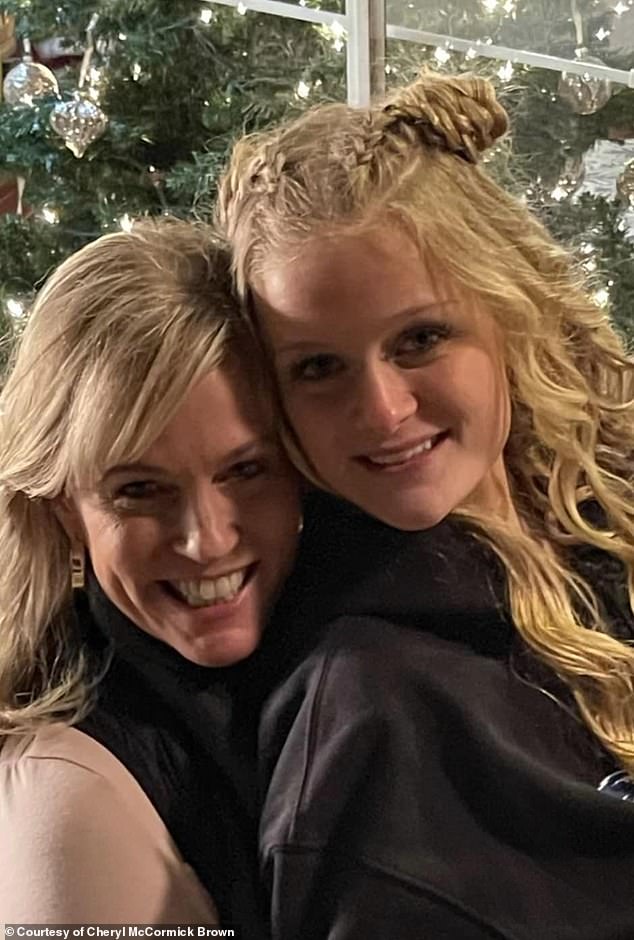 Her bully even showed up at her funeral, much to her mother’s surprise

The hockey league is currently investigating the incident, alongside Statewide Amateur Hockey of Florida (SAHOF) and USA Hockey.

McKenna’s parents and her other teammates remember the young girl for her kindness.

“She always cared about other people, so I know if it was me, she would do the same for me and support me,” teammate Sarah Walters told Fox 13.

“I just wish she could see through that too. The suspensions would still have happened and the repercussions would have been there, and she would still be there. Cheryl said at the exit.

Her parents were planning to buy her a car so she could help drive her sister with special needs and she had recently changed her college plans because SAHOF had started a women’s league.

Her dad even remembers his straight daughter used to walk another girl to the parking lot because she was being bullied.

For confidential support, call the National Suicide Prevention Line at 988.