ROME — The official news agency of the Pontifical Institute for Foreign Missions has denounced the mass arrests, imprisonment and “re-education” programs imposed on participants in pro-democracy protests in Hong Kong in 2019.

According to AsiaNews, Hong Kong police arrested more than 10,000 people during the 2019 protests, 1,300 of whom were sent to jail or correctional facilities.

Nearly 500 detainees have been forced into “deradicalization” programs to help them “rebuild positive values,” AsiaNews notes in its Dec. 9 report, pointing to the similarity to Beijing’s re-education programs reserved for Uyghurs and to “clandestine” Catholics.

Run by the Department of Correctional Services, the project includes teaching subjects such as Chinese history and moral and civic education to strengthen a sense of national identity, as well as psychological support for reintegration into society. .

Pro-democracy protesters march down a street as they take part in a demonstration on December 8, 2019 in Hong Kong. (Anthony Kwan/Getty Images)

Perhaps most distressingly, the agency observed that 345 of those jailed in the protests were under the age of 21, according to data provided by city security secretary Chris Tang. 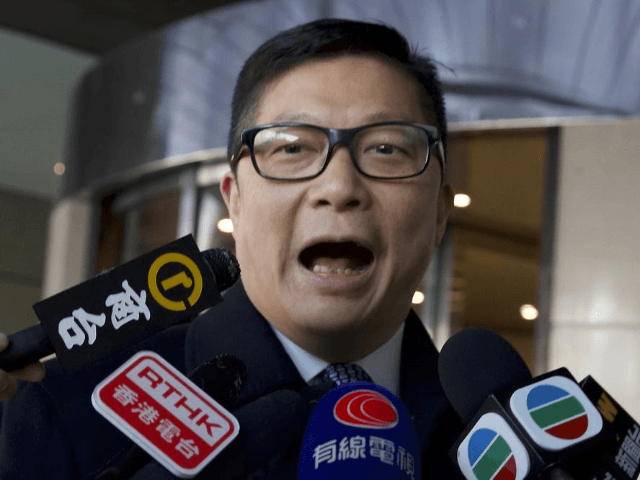 The data reveals that of the 10,000 people arrested by police for pro-democracy protests, around 3,000 were tried, including 517 minors. Of these, 2,044 have completed the court process, including 1,631 convicted and sentenced to various terms including jail, probation and social services.

The crackdown imposed by city authorities after the 2019 protests, particularly with the passage in 2020 of the National Security Law imposed by Beijing, has effectively limited, suspended or revoked the rights to assembly, association, expression and political participation in Hong Kong, AsiaNews said. .