‘It was nice, maybe a little bit lucky with it but I thought I’d put the ‘keeper off with the chest rather than the head and it looked like it worked – so happy days,’ Grant told Fox Sports at fulltime. 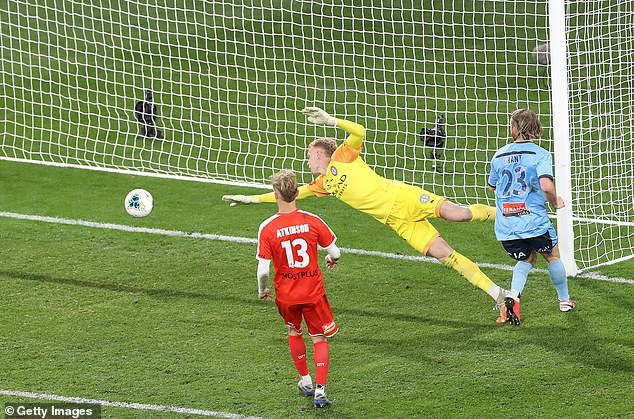 Grant also received the Joe Marston Medal as player of the match.

The game went to extra time with scores locked at 0-0 after 90 minutes.

The first half was marked by two controversial decisions, with City’s Harrison Delbridge’s 18th-minute goal ruled out following a VAR review and Sydney’s Adam Le Fondre denied a penalty in the 28th.

City flew out of the blocks and Delbridge looked to have handed them the lead.

Craig Noone’s skidding ball through the 18-yard box spilled out to Delbridge, whose powerful strike took a deflection and beat Andrew Redmayne.

In the aftermath, Sydney found a foothold in the game and almost had their own golden opportunity to open the scoring.

Le Fondre went to ground under heavy contact from Curtis Good in the 28th minute and screamed for a penalty but his pleas went unheard.

The second half was largely an exhibition of superb goalkeeping from City’s Tom Glover and Sydney’s Redmayne. 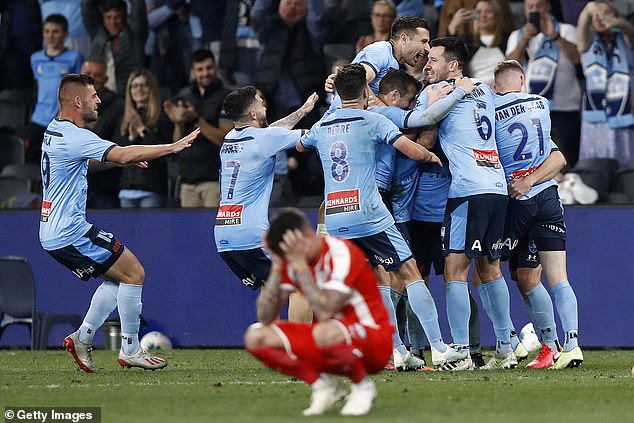 In the 89th minute Glover, who was superb all night, ensured the game went beyond regular time.

Le Fondre sent a cross in towards a diving Trent Buhagiar, with Glover able to scramble the ball to safety.

But Sydney would not be denied.

In the 100th minute, Brattan received the ball and lofted a delightful ball over the City defence to the back post, where a surging Grant chested the ball past Glover.

While City had some late sights on goal, Redmayne stood tall to preserve his clean sheet and secure Sydney the premiership-championship double. 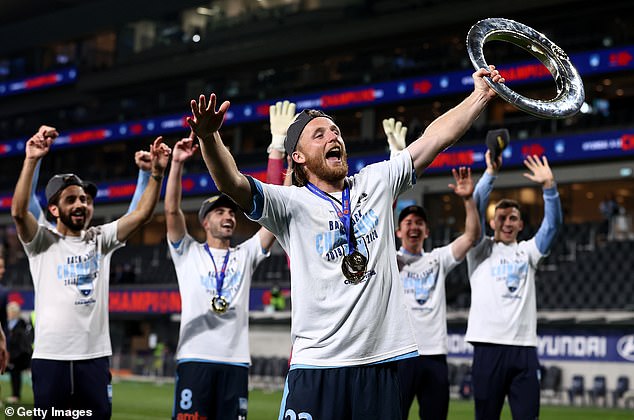