Americans are now paying up to $30,000 to install a pop-up home offices in their backyards as a number of people continue to work from home during the COVID-19 pandemic.

The outbreak of the coronavirus in January and implementation of lockdown orders in March shuffled millions of citizens from bustling offices to working remotely in their homes.

The move proved difficult for several people as many families were forced to balance a multitude of factors, including child care, as the search for a private, quiet work space led many to temporarily claim bedrooms or basements.

Some home-sellers have tried to entice buyers by saying their residence ‘provides a nice backdrop for Zoom calls’. 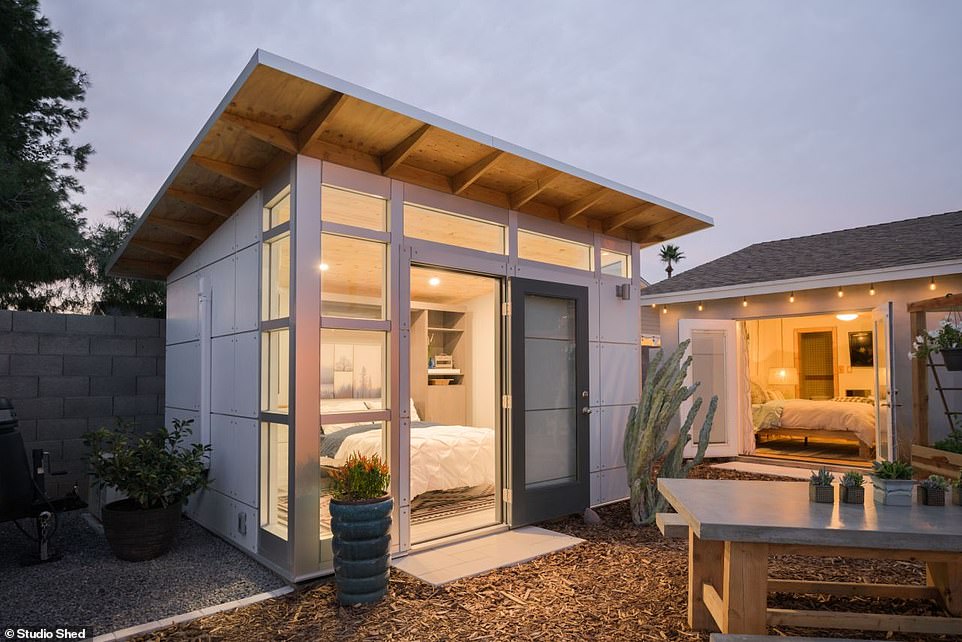 Studio Shed, a company that makes prefabricated structures, said they’ve seen an increase in sales between May and July as families adjust to working and learning in the same home during the pandemic 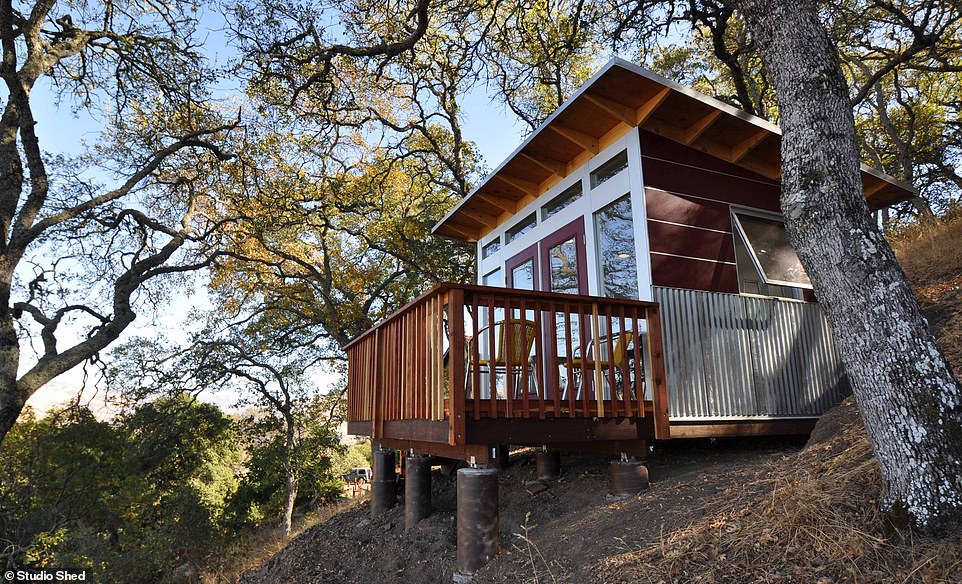 Depending on the municipality, residents may not be required to get a working permit for the pop-up backyard offices because they do not exceed 200sqft of space. Pictured: one shed was outfitted with a balcony and patio furniture 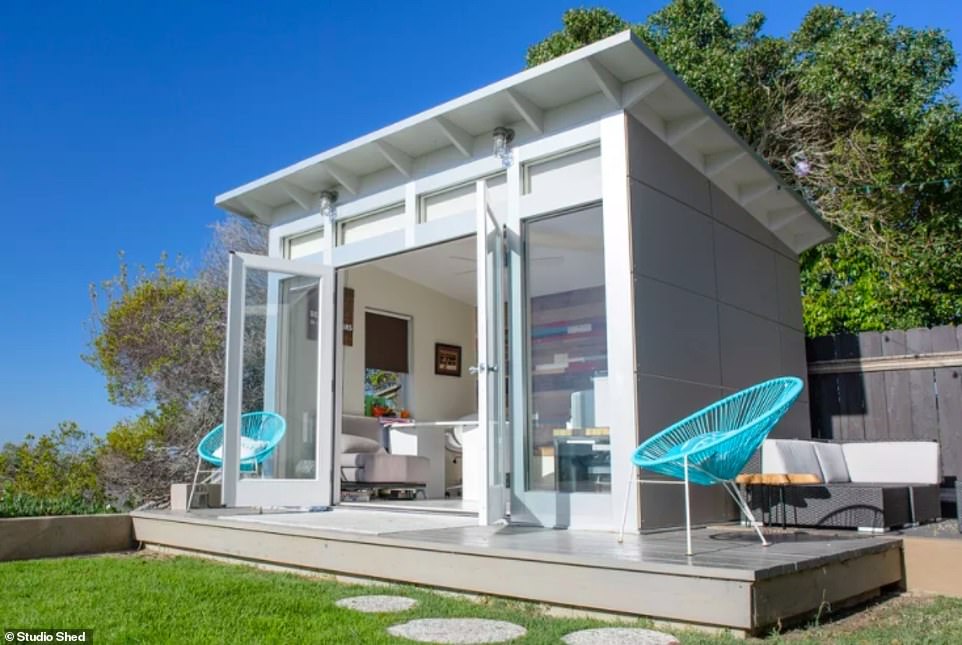 Prefabricated spaces from Studio Shed cost an average of $20,000 to $30,000, which can include other options like music studios, bedrooms and play rooms

But as industries have increasingly pushed employees to work from home, some have found success with professionally made, stand-alone backyard offices.

According to Studio Shed, a Colorado-based company that builds prefabricated backyard structures, business in recent months has boomed exponentially.

‘Recently, we have seen a massive surge in the 80- to 120-square feet option, which is a perfect office size or home gym or kid’s study area,’ Mike Koeing, Studio Shed co-founder, told Yahoo Finance. 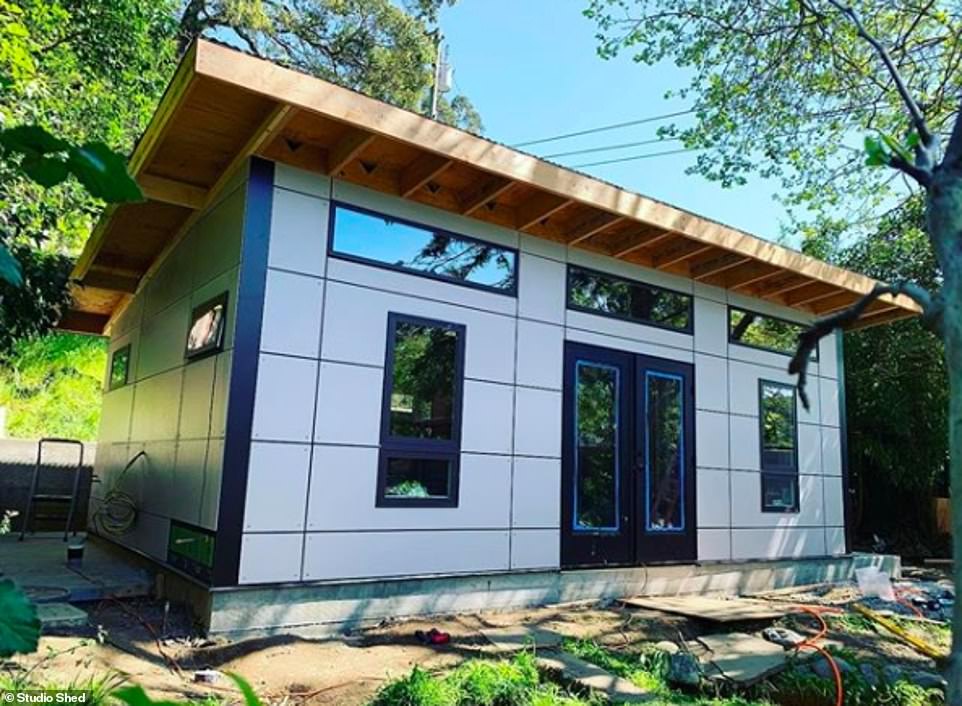 Studio Shed co-founder Mike Koeing said: ‘Recently, we have seen a massive surge in the 80- to 120-square feet option, which is a perfect office size or home gym or kid’s study area’

Studios can be designed online with a 3D design tool or delivered as a kit with instructions. They can include options for interior design, insulation and electricity.

Koeing said the shift from independent offices to working remotely caused sales to spike 14-fold compared to what the company made last year.

‘We were already seeing some very good growth having started in 2008 just seeing these shifts in the way people work and wanting to spend more time at home and maybe not commute, but starting in March it’s just been growing significantly,’ said Keoing. 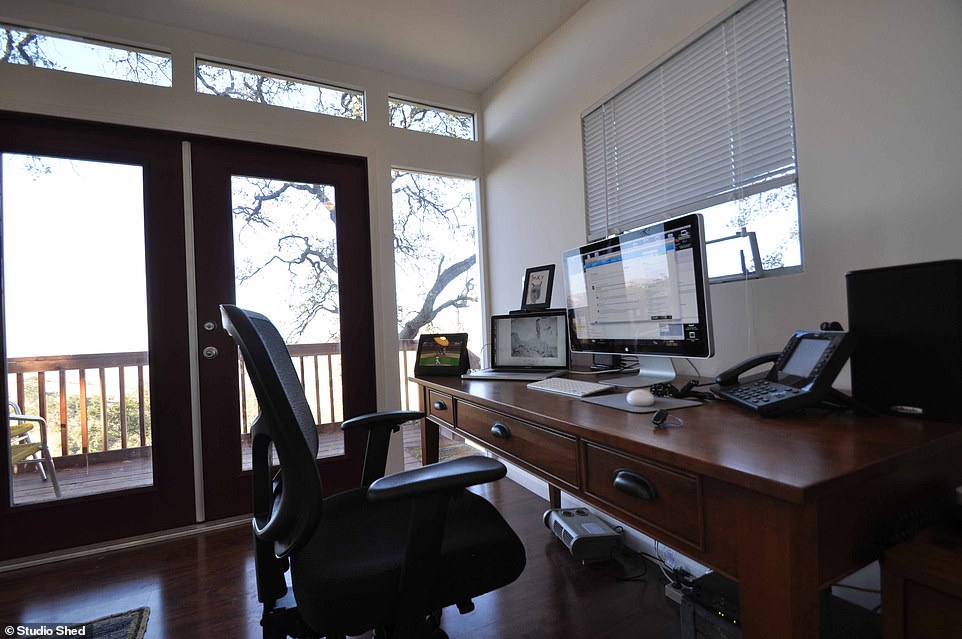 Many prefabricated spaces include options for interior design, insulation and electricity to create the perfect space for employees searching quiet, private work areas that is up to date 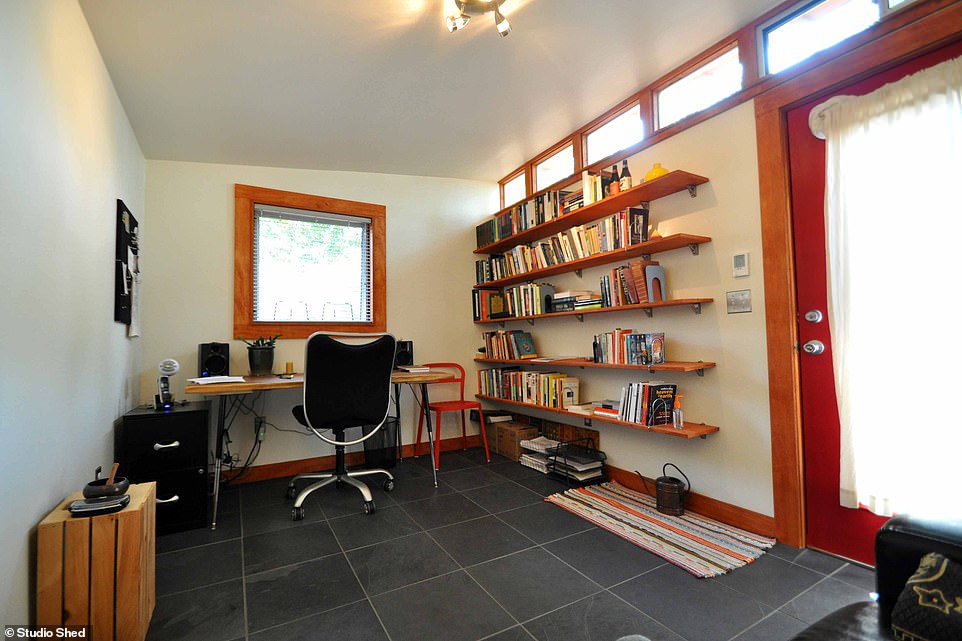 Pictured: The inside of this pop-up backyard home office has been built with tile flooring, wooden accents, an office desk, several cabinets and a bookshelf

Most of the demand for Studio Shed’s home offices have primarily come from the West Coast, but Koeing said they’ve noticed a significant increase of customers on the East Coast.

‘As soon as March and April hit we definitely saw that Eastern part of the country grow, that market is up a couple hundred percent over last year,’ said Koeing.

March and April coincides the two-month span where New York City emerged as a virus epicenter and was inundated with thousands of cases. 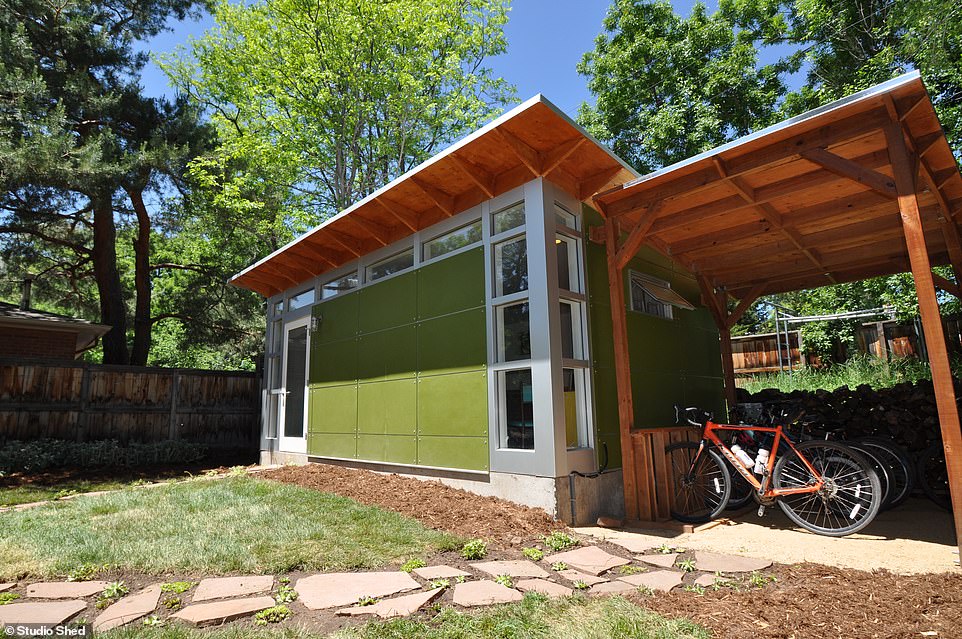 Pictured: This pop-up prefabricated space was built with a bike rack attached, an overhead cover and a stone walkway leading to the main home 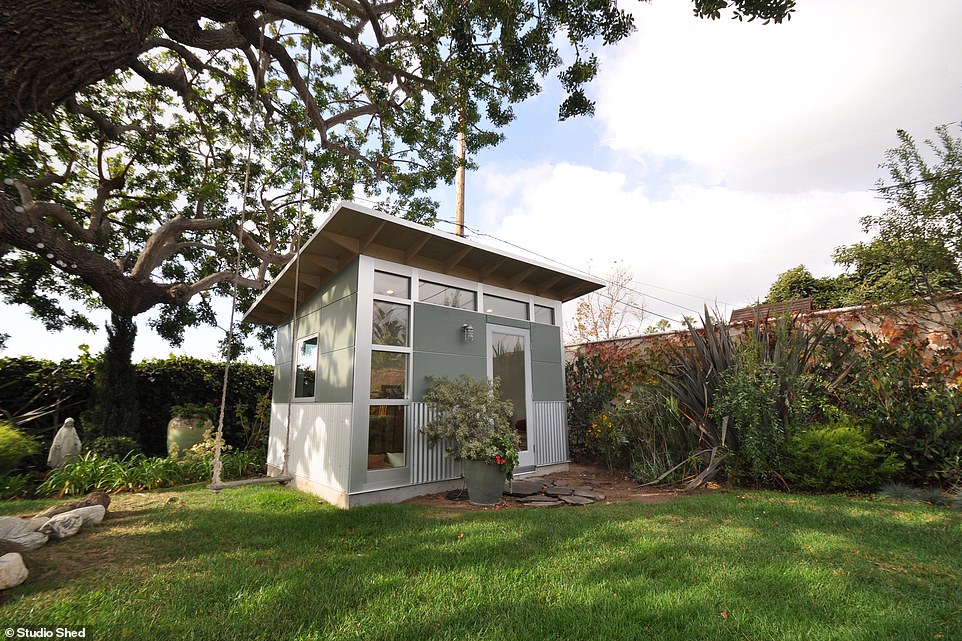 Koeing: ‘As soon as March and April hit we definitely saw that Eastern part of the country grow, that market is up a couple hundred percent over last year’

Much of America watched as New York City’s morgues overflowed, hospitals became overrun, front line workers pleaded for PPE supplies on social media and one of the most buzzing cities went quiet.

Nearby states like New Jersey were also hit and temporarily shuttered as a result. 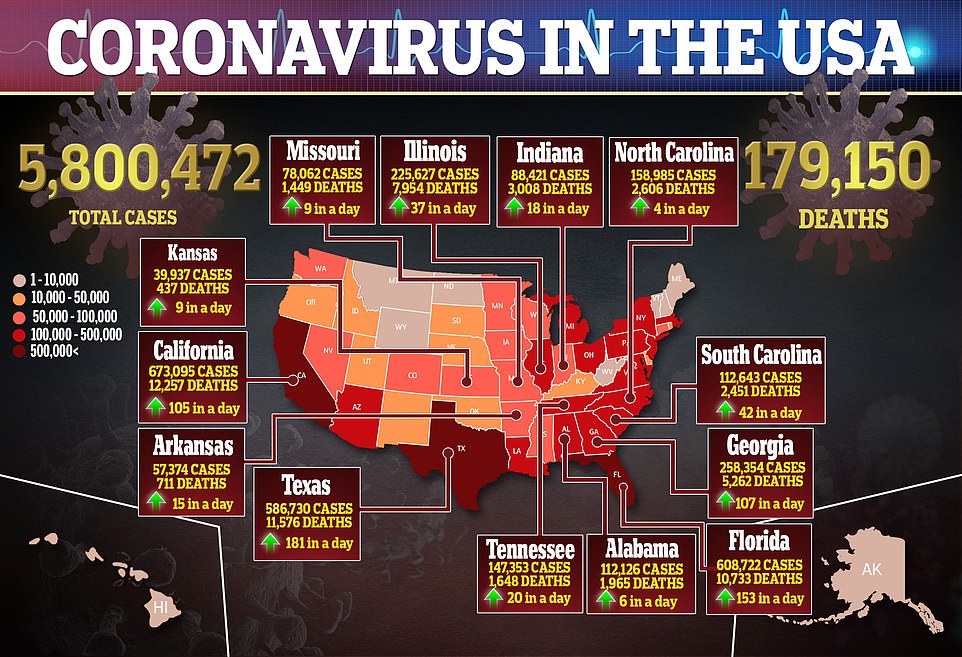 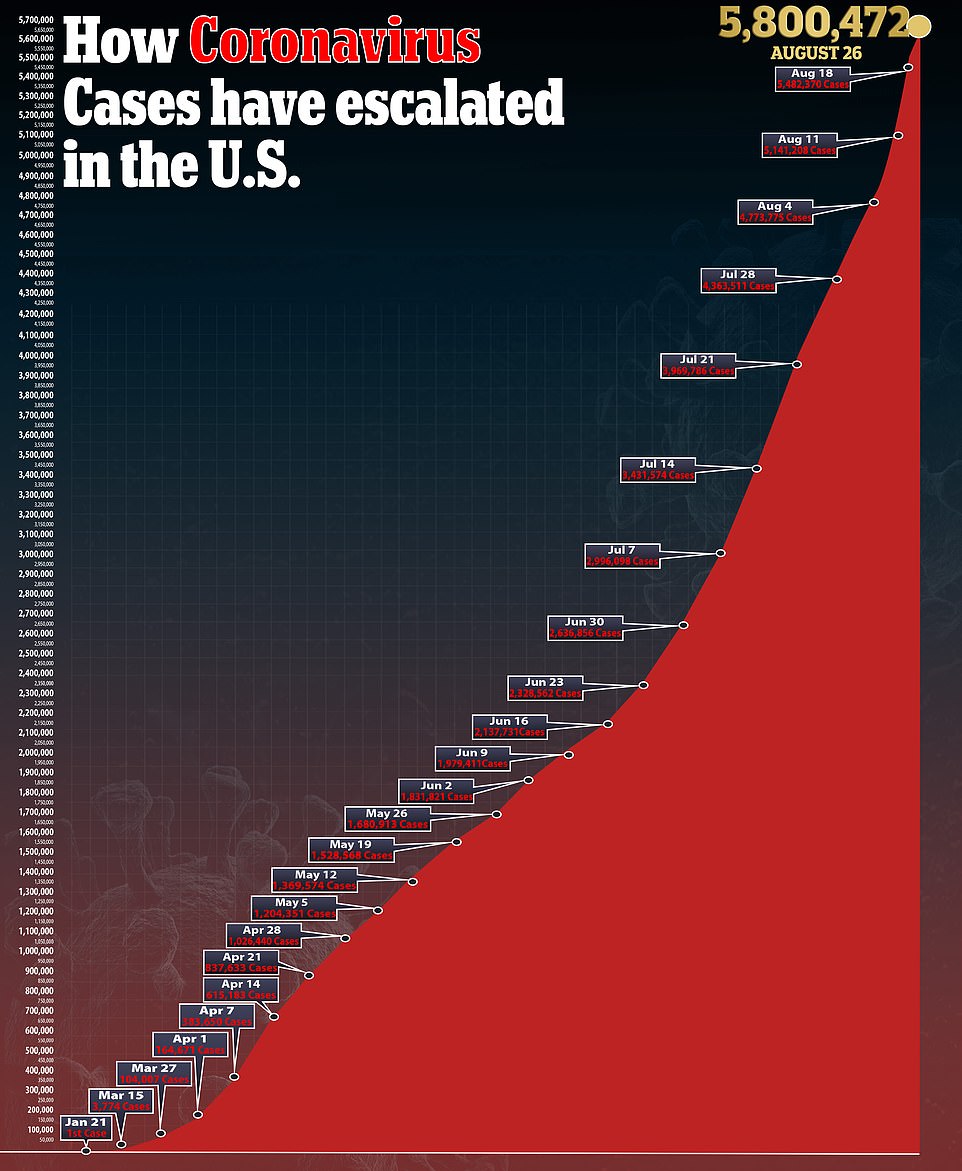 Depending on where the shed is built, many places do not require permits for add-on dwellings under 200sqft, which further pushed the emerging trend’s popularity.

Koeing told CNN Business that Studio Shed sold five times as many home office units in May, June and July compared to the same months last year.  It’s on pace to sell 10 times more units this month that August 2019.

Other companies like Modeco Construction in Canada, a prefabricated building company, and Bantam Built, a tiny house company, have also seen a surge in sales.

Sheds Unlimited, based in Pennsylvania, serves customers from South Carolina to Maine and the spike in requests has pushed delivery time to up to 13 weeks. 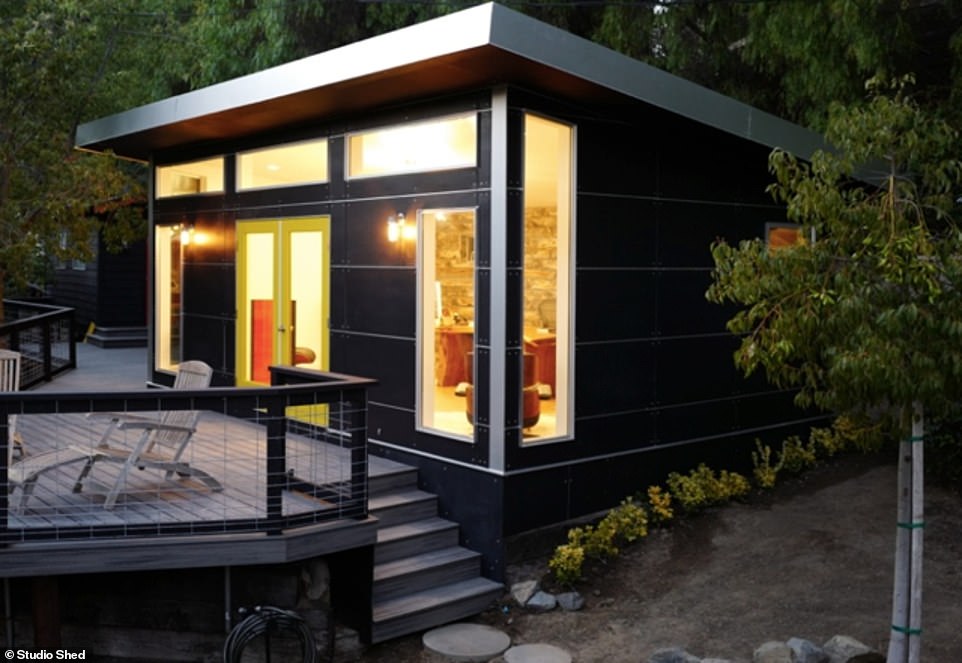 Pictured: this pop-up backyard home office was given a modern flair for its exterior design and was made with a wooden patio for relaxing after a long day of work

Koeing said that Studio Shed has sold five times as many home office units in May, June and July compared to the same months last year 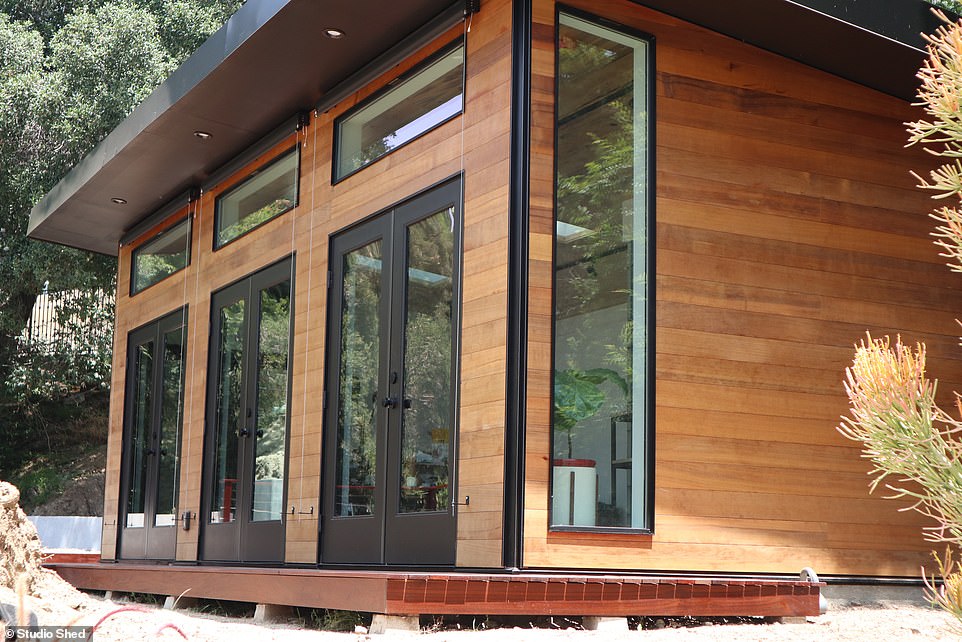 Instead of buying prefabricated spaces, some Americans are purchasing regular sheds and installing pieces, like book shelves, to make their own work areas 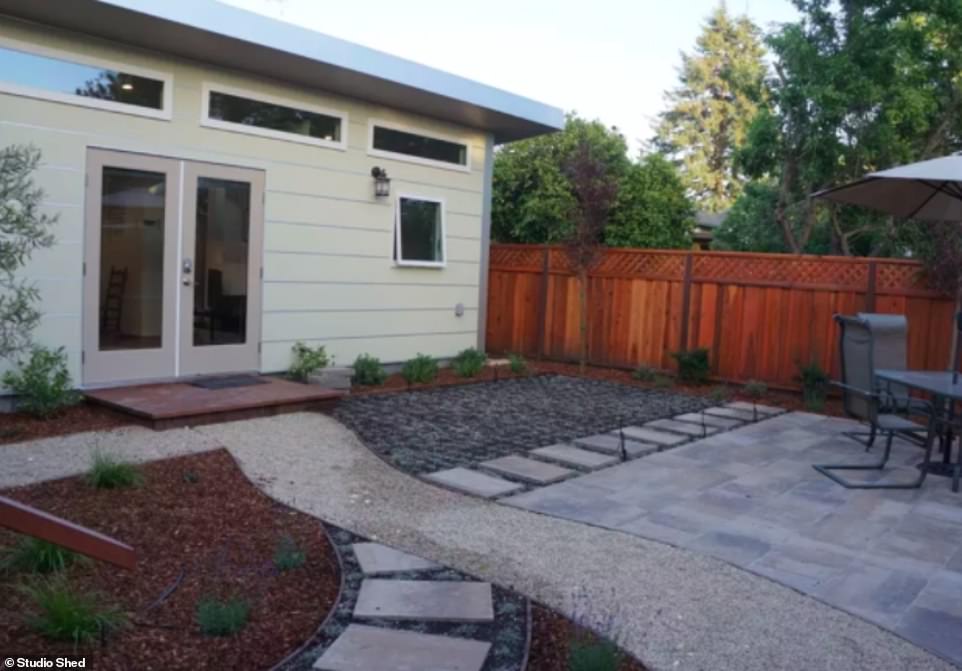 Sheds Unlimited, based in Pennsylvania, serves customers from South Carolina to Maine and the spike in requests has pushed delivery time to up to 13 weeks

‘We have had a lot of people looking for home offices,’ said Janelle Stoltzfus. ‘They’ve asked us to install shelves so they have a place to work.’

Erin Miller, a layout designer and copy editor for Centennial Colorado, told CNN Business that having to share an office space with her husband while working from home became difficult.

Subsequently, Miller ordered a 10-by-16 foot shed in May and it was fully finished by early July. 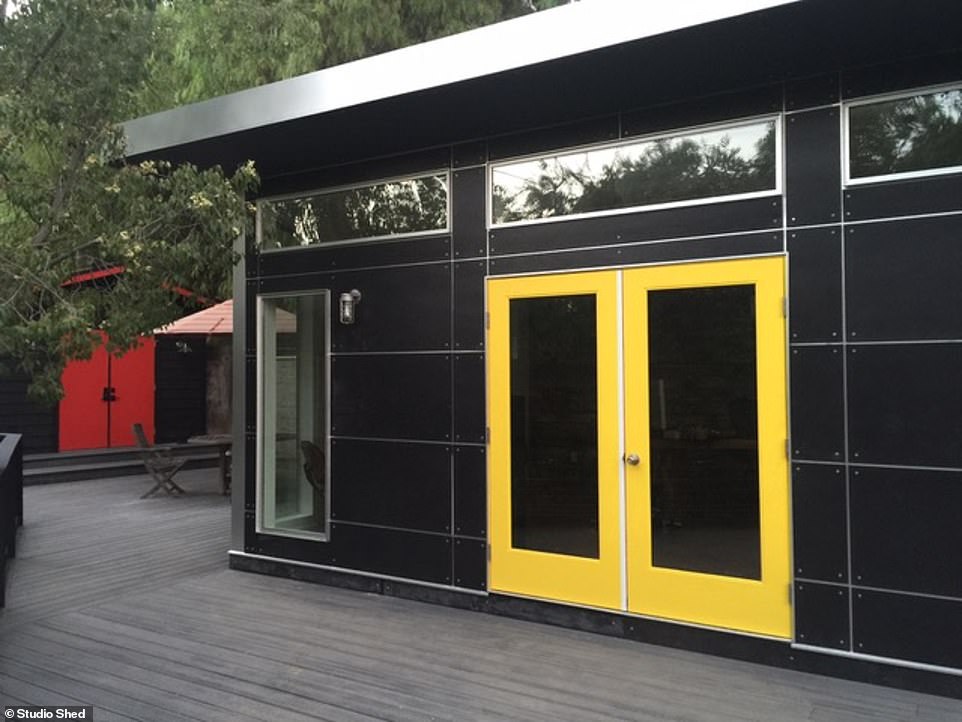 Koeing said much of the demand for prefabricated spaces came from the West Coast, but during March and April they noticed a surge in interest from East Coast residents during lockdown restrictions 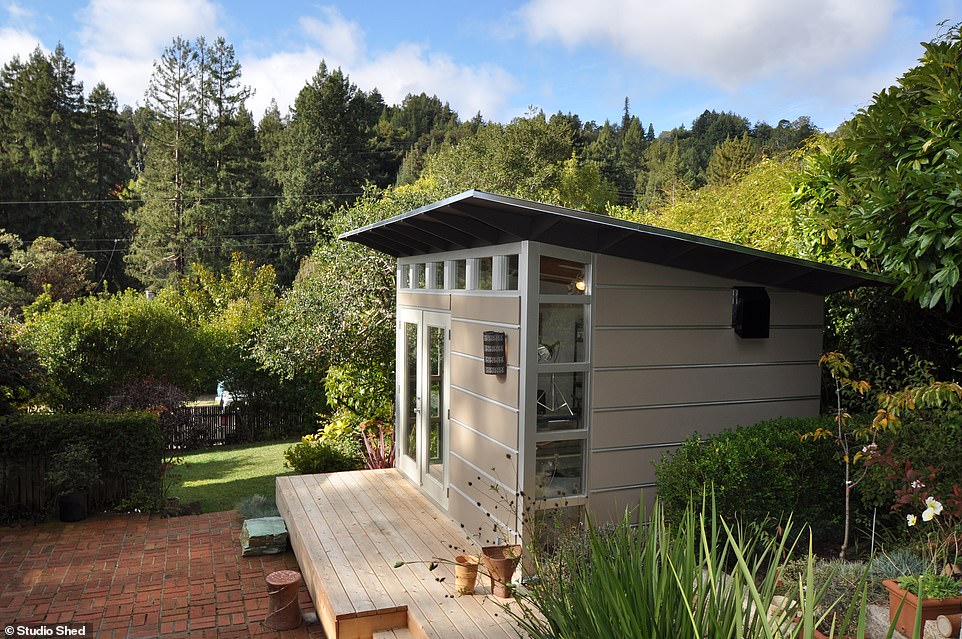 Pictured: a small prefabricated space placed in a residents backyard that was installed with electricity, a front porch, glass doors and decorated with surrounding garden plants

The shed doesn’t require a permit where she lives and was able to complete the project in a few weeks.

‘We did need to permit the electrical but that was quite manageable, requiring only two inspections,’ said Miller.

Miller’s pop-up shed has room for a desk, an extra table, printer, file cabinet, a bookcase and an additional 80sqft of room.

‘That will probably be outfitted with a sofa, chair and rug, to allow me to also use the space during non-work hours to read, relax or visit with friends,’ she said.

Although the new space has attracted the attention of Miller’s teenage children, she said the prefabricated space provided a much-needed haven.

‘My commute to work is a bit longer,’ she said. ‘Out the back door and across the grass instead of just down a flight of stairs, but the space is welcoming.’

Harry Maguire: I feared for my life during arrest in Greece