Republican conference chairwoman Rep. Elise Stefanik (R-NY) and Rep. James Comer (R-KY), the lead Republican on the oversight committee, told Breitbart News they plan to investigate the Biden family business “for a matter of national security”. after Hunter was recently spotted selling his artwork for more than 100% more than before.

Hunter was spotted at his art exhibition in SoHo on Friday, organized by art dealer Georges Bergès, who has close business ties to the Chinese art market. Bergès has represented the fledgling painter since 2021. At the time, Hunter reportedly sold the art for $75,000. According to Fox News, prices have risen significantly – by more than 100% – now reaching as high as $200,000.

“We already know that Hunter Biden has made millions through his corrupt business dealings with the Chinese Communist Party,” Stefanik and Comer said in a joint statement. “We need to know how far Hunter Biden’s corruption goes when it comes to national security.”

“One thing is clear, the facts reveal that Joe Biden is compromised,” the statement continued. “In the new majority, House Republicans will use our subpoena power to expose just how corrupt Hunter Biden and the entire Biden family is going and hold this administration accountable.”

Comer told Breitbart News in November he was 95% sure the artwork had been sold to Chinese investors, which could jeopardize Hunter’s father, President Joe Biden, due to conflicts of interest. such as influence peddling.

“We are 95% sure that this artwork went to China,” Comer said. “We don’t know exactly where it went in China, but we’ll try to find out when we have subpoena power.”

Hunter reportedly sold five paintings worth $75,000 each to anonymous buyers. Hunter’s art dealer, Bergès, has previously curated art exhibitions in the United States for Hunter while maintaining close ties to the Chinese art market, a worrying fact given the family’s business plans. Biden in Communist China.

Joe Biden’s potential conflict of interest isn’t the only issue Comer is investigating. Comer’s committee is also investigating Hunter for money laundering, one of nine potential violations. Money laundering in the art world was identified as a major problem by a bipartisan Senate investigation last year.

The Senate report details how a pair of Russian oligarchs linked to Russian President Vladimir Putin allegedly seized on the art industry’s secret to evade sanctions by making more than $18 million in big-ticket art purchases. value.

“This is just the tip of the iceberg,” investigators from the Standing Investigations Subcommittee told reporters on a call. The art world is considered the largest unregulated legal industry in the United States, according to the Senate survey.

Rotenberg’s example and many other details from the survey highlight the fact that, unlike stock sales or routine bank transfers, art sales through auction houses do not are not subject to the anti-money laundering provisions of the banking secrecy law. When art is sold, according to the report, sellers are not required to confirm the identity of the buyer or ensure that the work is not being used to launder dirty money.

“Secrecy, anonymity and lack of regulation create an environment conducive to money laundering and the evasion of sanctions,” a 2020 Senate subcommittee report found.

Former White House press secretary Jen Psaki defended Hunter’s art program with ‘anonymous’ art buyers as ‘reasonable’, saying Hunter ‘is not involved in the sale or discussions on the sale of his art” and that Hunter will not be “informed”. of “who buys his art”.

Hunter’s art dealer also claimed that he would uphold ethical standards and not sell Hunter’s artwork to anyone who appears suspicious.

“It’s an absurd solution,” said the senior contributor to Breitbart News and Profiles in corruption author Peter Schweizer told Breitbart News. “The only way to solve these problems is to have more transparency, not less,” he continued. “Their proposed solution is greater secrecy, not transparency. And they’re basically saying, “Trust us.” Joe and Hunter Biden’s track record on these issues gives us no reason to trust them.

In 2018 and 2020, Peter Schweizer, Senior Breitbart Contributor and President of the Government Accountability Institute, published secret empires and Profiles in corruption. Each book reached the top spot in the ranking New York Times bestseller list and revealed how Hunter Biden and Joe Biden flew on Air Force Two in 2013 for China before Hunter’s company signed a $1.5 billion deal with a subsidiary of the Bank of China from the Chinese government less than two weeks after the trip. Schweizer’s work also exposed the Biden family’s other vast and lucrative foreign dealings and cronyism.

The investigative work of Breitbart political editor Emma-Jo Morris at New York Post on Hunter Biden’s ‘laptop from hell’ also made international headlines when she, along with Miranda Devine, revealed that Joe Biden was intimately involved in Hunter’s business, even appearing to have a 10 stake. % in a company that scion formed with officials from the highest levels of the Chinese Communist Party. 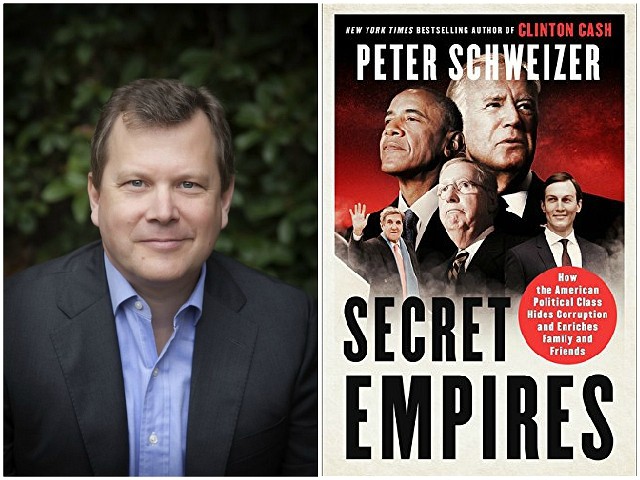