By Adry Torres for Dailymail.com

This is the bizarre moment a customs officer kicked and punched one passenger and nearly punched another at an airport in Colombia.

The disturbing incident happened Thursday morning at Bogotá’s El Dorado International Airport, according to Sandra Barba, who was nearly shot following a heated argument between the officer and the assaulted passenger, Juan Camarillo.

Footage recorded by Barba on her Twitter account captured the moment she said to the Colombian migration officer: ‘What is this lack of (respect)’, after he kicked to Juan Camarillo.

Another agent tries to calm his colleague and pushes him away.

Sandra Barba was almost beaten by a Colombian migration agent at El Dorado International Airport in Bogotá on Thursday. Barba was recording an incident during a discussion between her, a male passenger and a customs officer when the officer punched and kicked the male passenger and then almost hit her. 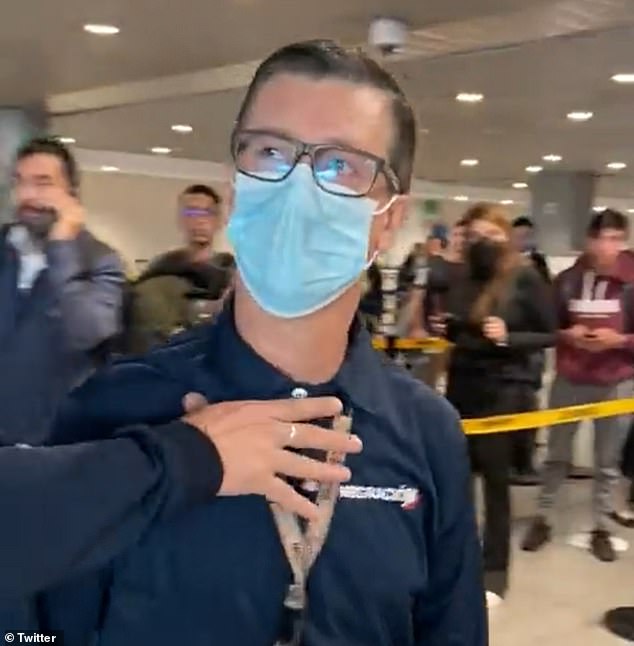 However, the immigration officer tried to punch Barba’s phone and told him, “Don’t check me in.”

A customs officer then approached Barba and tried to block her mobile phone camera view and asked her to relax.

Camarillo took to Twitter to express his displeasure with the customs officer after he arrived in Colombia to visit friends and family.

“I’m 32, out of which I studied 30. I thought I would become famous for being a good engineer, but it turns out that I became famous thanks to a caveman @MigrationCol who attacked me” , he wrote. “The good thing is it was all videotaped and I never attacked the man. 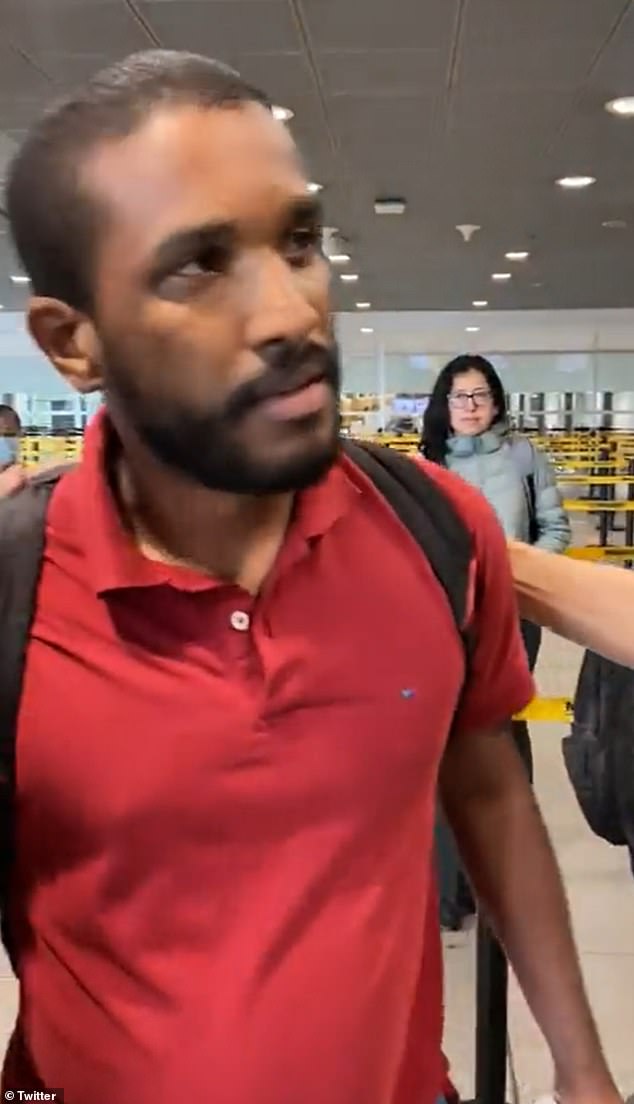 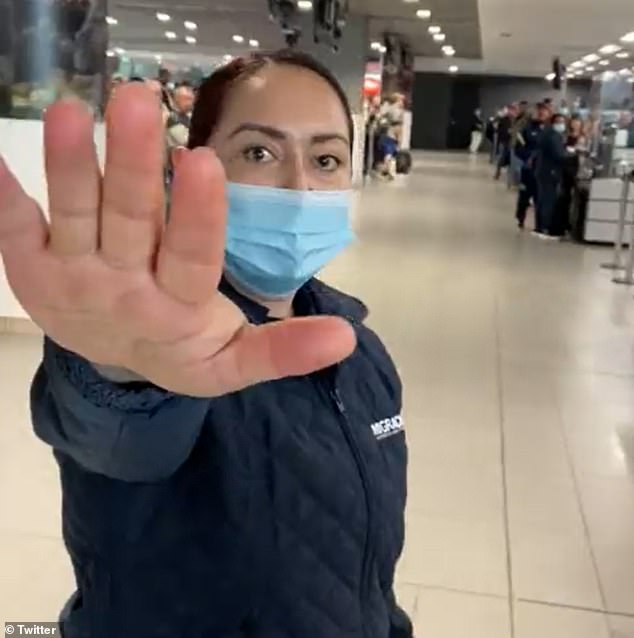 In a separate video obtained by Colombian online media outlet Noticías RCN, Barba said she and the male passenger had just arrived on a flight from Brazil when they approached a customs officer before boarding the line to have their passport stamped for entry.

“At that moment the attacker comes and punches the man in the face,” she said.

The border control agency said in a statement that the incident was under investigation.

“Migration Colombia rejects the behavior of one of its officials at El Dorado airport and stresses that it is not allowed under any circumstances,” the agency said. “The investigation is opened in accordance with the (law).”

Leaders were looking for any excuse to banish President Donald Trump