Royal Navy personnel watched in horror as their panicked colleague collapsed after suffering a heart attack just four laps into a warm-up jog, an inquest heard.

Ian Fleming, 53, tragically died on the first day of a four-week training program at HMS Collingwood as he struggled to gain promotion to the rank of non-commissioned officer.

The acting non-commissioned officer, who had received multiple medals during tours of Afghanistan and Iraq, had dreaded taking the aptitude test and asked for it to be postponed, Portsmouth Coroners Court heard.

The exercise involved an obstacle course, a log race, and team-building tasks, and not completing it could have resulted in the loss of his pay, housing, and rank.

As a warm-up for a ‘Dogwatch’ training activity began, shocked students saw Mr Fleming slowing down and collapsing just four laps into a ‘light jog’.

Stuart Lawson said he was ‘shocked’ as early raiders rushed to APO Fleming’s aid: ‘Ian Fleming was way behind.

‘[I] was aware that Ian was gradually slowing down, then he had collapsed. I just heard someone yell “man down.”

Michelle Fleming told the Portsmouth hearing that her husband, who was a smoker and suffered from heart disease, was given an ‘ultimatum’ by elderly people which left him ‘no choice’ but to participate to a “physically demanding” leadership course.

Prior to the start of practice, APO Fleming – known as ‘Paddy’ – had been seen struggling running towards the assembly point, waving at the group as they completed the remainder of the 700m course.

PO Claire Edwards added: ‘During the exercise Paddy was struggling and [I] then realized that he had collapsed.

Despite attempts to resuscitate Mr Fleming – a smoker who did not exercise regularly – he was pronounced dead at the scene on November 16, 2020 by South Central Ambulance Service paramedics.

Mr Fleming’s wife, Michele, whom he married in 2000, told the inquest that her husband was ‘clearly anxious’ about taking the training course and had repeatedly asked that it be postponed.

She said: ‘As soon as Ian found out the date [of his training] he went into a complete meltdown.

“It wasn’t in Ian’s character as he was always laid back. He always gave 100% to his job and wanted to do his best.

Mr Fleming emailed his chain of command saying he was ‘in the wrong place’ to take the course and would ‘fail’ himself.

Area coroner Ms Rosamund Rhodes-Kemp said APO Fleming had been so “frightened” by the prospect of going on the program that he had postponed it five times.

Addressing the court in Portsmouth, Hants, during the second day of the inquest, she said: ‘It appears to have caused her enormous anxiety.

“He had panic attacks. He was in tears.

“He was particularly worried about his fitness, his age and being yelled at. 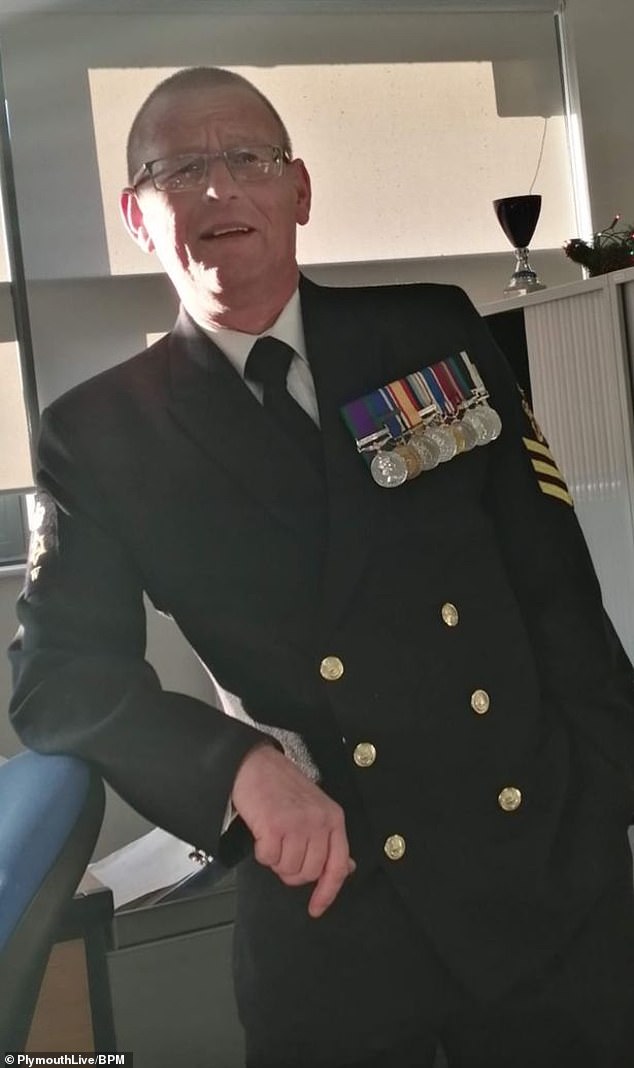 CPO Michael Rickwood, who had overseen Mr Fleming’s preparation for the course, said APO Fleming told him: ‘They’re going to yell at me’. I am not belittled by people who are inferior to me.

‘It’s all kept coat and dagger. People have real fear.

PO Lawson also told the court he expected the course to be ‘quite strenuous’.

Ms Rhodes-Kemp, speaking to CPO Rickwood, said: ‘We heard he was bullied and told you to either take that course or leave the Navy.’

CPO Rickwood said: “I am surprised by this. This does not happen.

“You don’t get kicked out of the Navy for not taking a course.”

Lieutenant Commander Andrew Bean added that he “would not have spoken” to APO Fleming as such and said: “We could not have terminated his employment”. [from the Navy].’

A service inquiry was conducted and the final report – including the findings of the inquiry and its recommendations for improving defense security – was released in March this year.

The investigation, which is expected to last four days, is continuing.

The Game Awards: How to watch, nominees, start times, everything you need to know