A pensioner who argued with Scott Morrison in a pub has revealed he was a Labor supporter but would not support Anthony Albanese.

Ray Drury, 73, has said for the first time in his life that he will not vote for the party he has always voted for in the impending federal election.

“I will vote for the independents,” he told The Australian. “Scott Morrison, I wouldn’t vote for him, because I didn’t respect him, because if you want to respect someone, they have to respect you back.”

The former miner (pictured, left with Scott Morrison) said his anger had been ‘boiling’ for years

Mr Drury said he would not vote Labor as he tried to contact at least three party ministers who ‘ignored’ him.

And that the two parties are only seen at election time and are not in contact with the community.

There are no independents in his Newcastle electorate, but he said he still wouldn’t vote for either of the two big parties because they were both liars.

The revelations come after the former miner aggressively clashed with Morrison in front of the media at a Newcastle pub last Wednesday.

The local accused Morrison of breaking promises as he shouted and pointed fingers at the prime minister.

Images of the tiptoe have lit up social media with hundreds of commenters praising the man for his actions and offering to buy him a beer.

Others, however, said it was disrespectful of him to insult and insult someone in high office.

The long-serving Labor voter also told The Australian he ‘would have done the same’ to the Labor opposition leader.

“When you’re simmering over 12 and you’re rejected — not even listened to — well, sure, I’ll take the chance,” he told NBN News.

As the punter (pictured with his back to the camera) bristled, Mr Morrison said he had ‘raised some very important issues’ and offered to sit down with him to ‘get to the bottom’ of his concerns.

Ray Drury said he lost $70,000 and was ignored by ministers from both main parties

The retired miner said he was receiving a weekly allowance for health problems contracted after working for 30 years in the mines, but his disability pension was jeopardized by the payment.

He claims he lost up to $70,000 and contacted dozens of MPs about it to be ‘ignored’, which led to him boiling in the pub.

“Listen mate, you call your office and you don’t do anything, they don’t even call you back,” he fumed at Morrison last Wednesday.

Mr Drury said he suffered from prostate cancer and had problems with asbestos poisoning leading to tumors which forced him into early retirement. 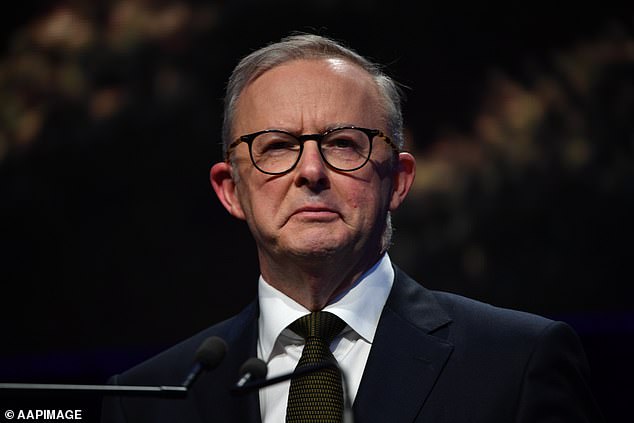 What George RR Martin has to say about the LOTR series

Facial recognition: the company Clearview condemned for the illicit use of clichés