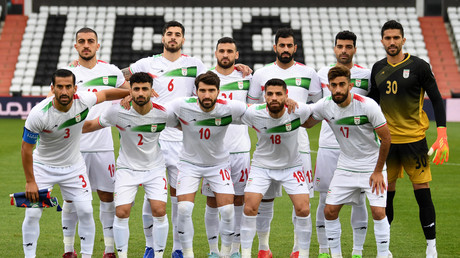 While kyiv accuses Tehran of supporting the Russian military operation by delivering drones to Moscow, the leader of Shakhtar Donetsk has asked FIFA to exclude Iran from the World Cup and replace it with Ukraine, eliminated in play-offs.

The general manager of the Ukrainian club Shakhtar Donetsk on October 24 called on FIFA to replace Iran with Ukraine for the 2022 World Cup in Qatar (November 20-December 18), when kyiv accuses Tehran of delivering drones in Moscow to support his military operation.

“While Iranian leaders will have fun watching their national team play at the World Cup, Ukrainians will be killed by Iranian drones and Iranian missiles,” Serguii Palkine argued in a statement posted on social media.

For several weeks, kyiv has accused Tehran of having delivered Shahed 136 kamikaze drones to Moscow, in particular to target energy infrastructure, which Iran and Russia have repeatedly denied. “Each of [ces drones] was produced and delivered by the Iranian authorities, Iranian instructors and the army directly trained and managed the drone launches,” Serguii Palkine further accused.

“Shakhtar calls on Fifa and the entire international community to immediately ban the Iranian national team from playing at the World Cup following the country’s direct involvement in terrorist attacks against Ukrainians.” he thus asked. For the leader, Fifa should replace Iran with the Ukrainian “Zbirna”, “which has proven that it deserves to participate in the World Cup”, “playing with his heart” according to him during the accession roadblocks to the World Cup in early June .

The Ukrainian selection, led by Oleksandre Zinchenko and Andriï Yarmolenko, beat Scotland 3-1 in Glasgow before losing in the final of these play-offs against Wales (1-0), despite a huge momentum of sympathy in the West.

The regulations of the World Cup leave Fifa the possibility of replacing one national team with another, in particular in the event of the withdrawal of a participating nation, but do not specify the criteria used to designate the drafted team.

Eliminated in the play-off – by North Macedonia -, Italy is also on the lookout to recover the possible place of Iran. Paolo Zampolli, ambassador to the United Nations, has indeed sent a letter to FIFA President Gianni Infantino asking him to “disqualify Iran”, referring for his part to the tense situation in the country since the death of a young 22-year-old woman, arrested for violating the dress code. “From what I understand, Italy are the first of those excluded from the FIFA rankings. I dream and I am confident to see Italy play against England at the World Cup after the disqualification of Iran”, he wrote in a letter quoted by West France.

Russia for its part was excluded on February 28 by FIFA from the FIFA World Cup in Qatar, a few days after the start of the Russian military operation in Ukraine.

One dead in a pile-up on the A72, near Saint-Étienne – France

Towards the return of the wearing of the mask imposed by the government? — RT in French