Jim Jordan: FBI labels those who fly the flag, own a gun and voted for Trump extremists

Rep. Jim Jordan, R-Ohio, talks about what he learned from FBI whistleblowers on “The Ingraham Angle.”

Rep. Jim Jordan, R-Ohio, argued the FBI is being too harsh in its investigation of some conservatives labeled as extremists in “The Ingraham Angle.”

REPRESENTING. Jim Jordan: I assume you are now under investigation by the FBI for displaying the flag, owning a gun, and voting for Trump. Somehow you are now in this category which Joe Biden says is extremist or fascist. And they will investigate.

But they investigated him a second time. He says, “No, no, nothing, nothing here.” But that’s what happens in the FBI: they’re pressured to label and categorize every case. We now have over 14 whistleblowers who have come to us to qualify each case as domestic violent extremism case they are not.

WATCH THE FULL SEGMENT BELOW: 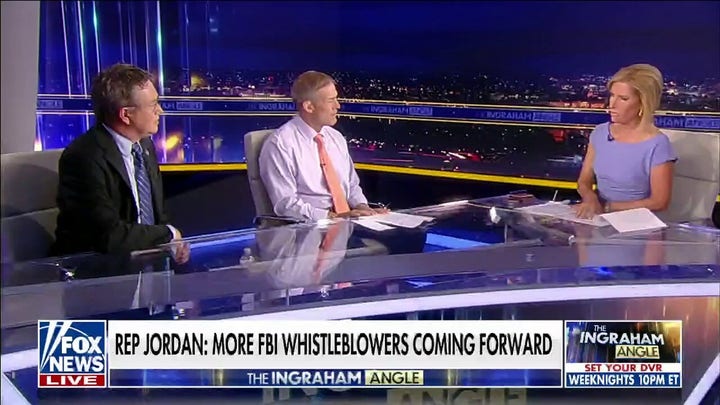 This article was written by the staff of Fox News.

Not all news on the site expresses the point of view of the site, but we transmit this news automatically and translate it through programmatic technology on the site and not from a human editor.
WilliamSeptember 15, 2022