Family affair! Queen Letizia looks effortlessly chic as she steps out with King Felipe VI and his children in Mallorca – as Princesses Leonor and Sofía follow in their mother’s fashionista footsteps

By Jessica Taylor for Mailonline

The Spanish Royal Family looked like one perfect family as they stepped out in Mallorca tonight.

Accompanied by her husband King Felipe VI and their daughters, Princesses Leonora and Sofia, Queen Letizia looked chic in a white skirt and camisole.

She accessorized the emerald satin top with a crossbody straw handbag with a leather shoulder strap. 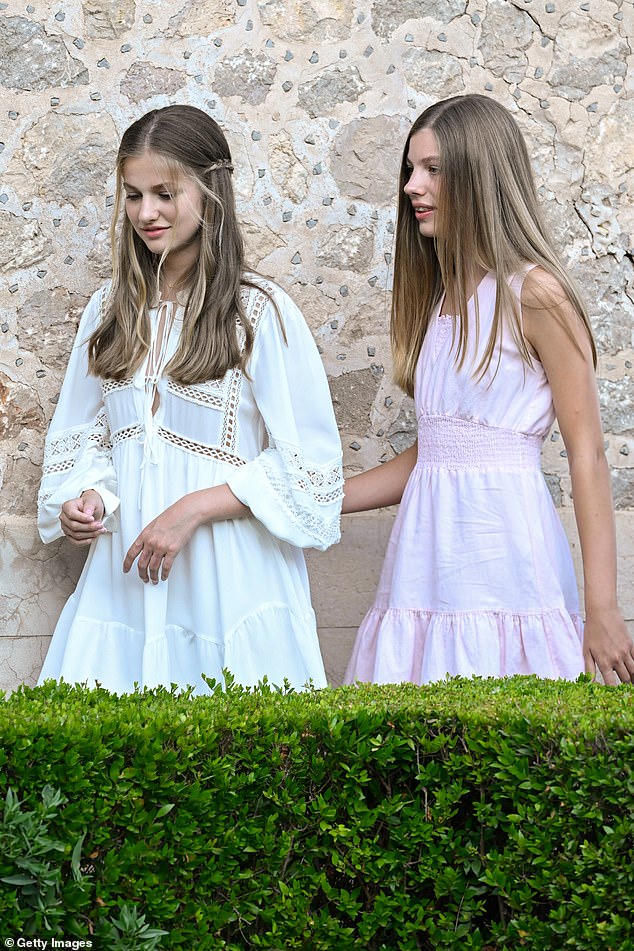 All grown up! The young princesses wore white and pale pink dresses, with Leonor sporting bohemian curls and braids

She walked alongside her daughters, Princess Leonor, 16, and Infanta Sofía, 15, dressed in white and pink dresses.

Their neutral colors were a change from the bold tones shown by the young princesses at Santiago Cathedral last week.

Looking exceptionally glamorous, the two young princesses showed off their styles to match their mother’s as they strolled through Santiago de Compostela.

While young Sofia wore a cute baby blue dress and flat ballet flats as her hair was half combed over her face, her older sister Leonor wore a £75 Cayro Vestido yasmin pink and red dress. 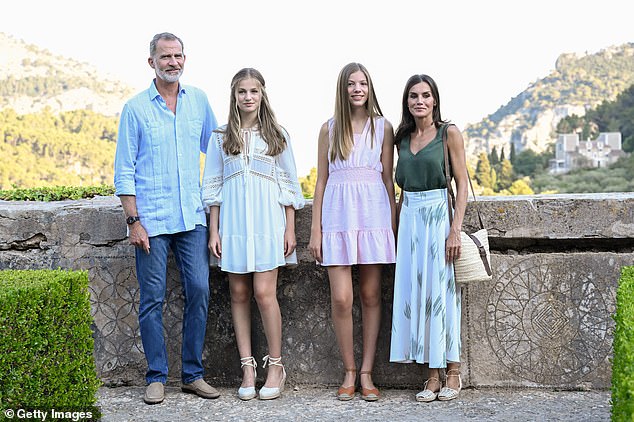 The Spanish Royal Family posed against a beautiful backdrop as they attended the Cartuja de Vallmossa in Mallorca, Spain 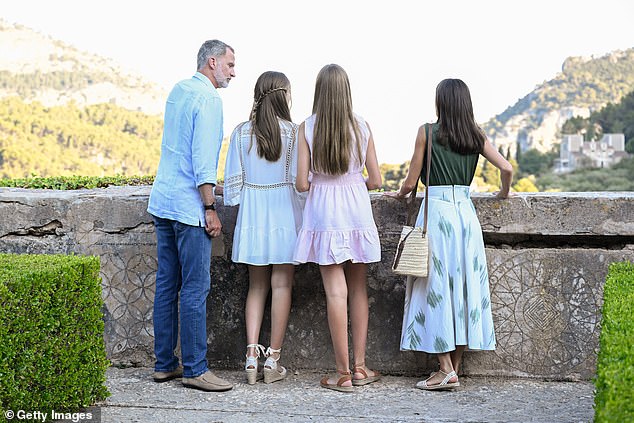 After smiling for the photos, the family turned to look at the beautiful backdrop 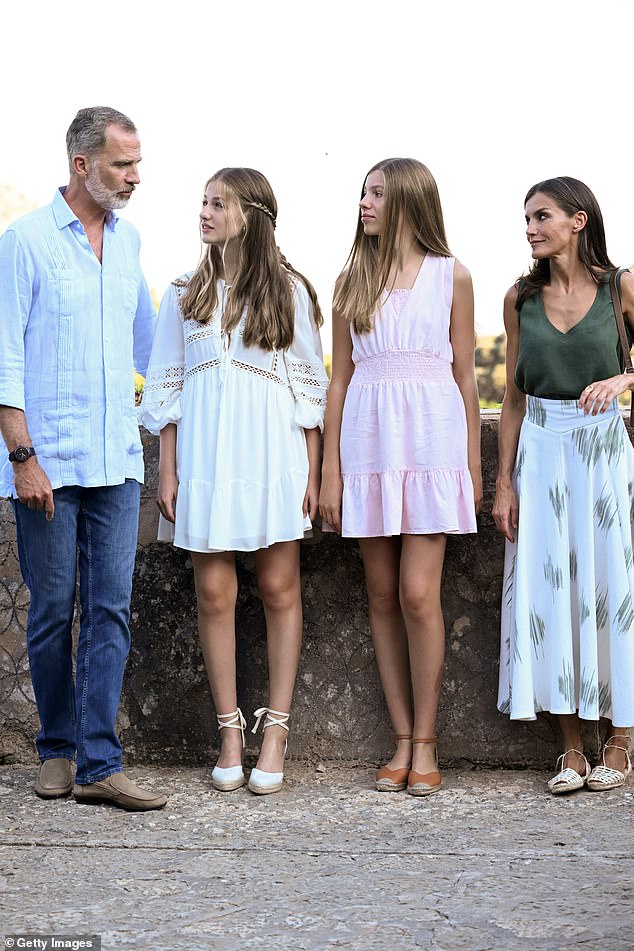 Even the king tells dad jokes! Queen Letizia gave her husband a knowing look as he spoke to his daughters 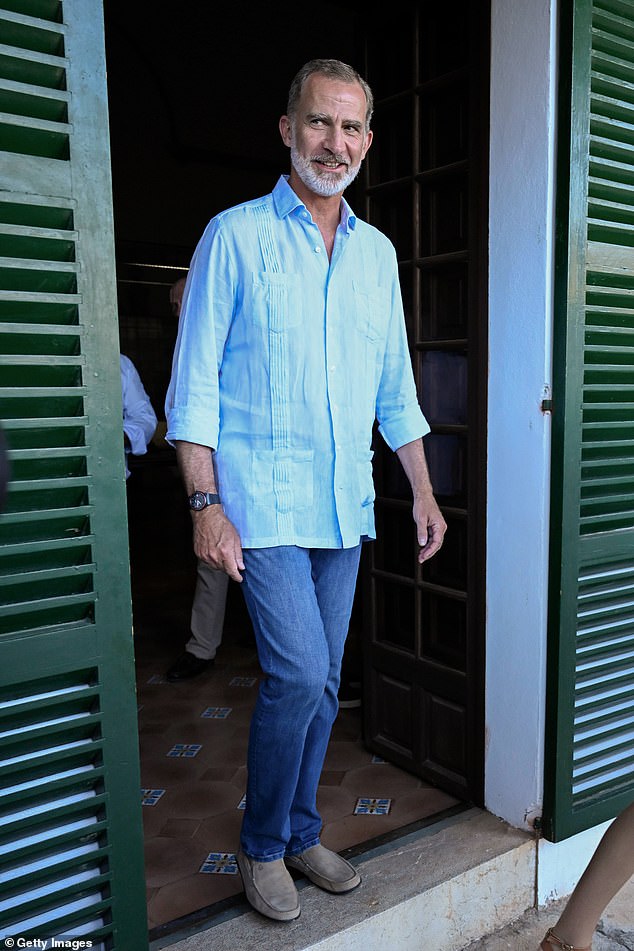 King Felipe VI looked cool and collected as he stepped out in a light blue cotton shirt, jeans and brown loafers

But Princess Leonor of Asturias swapped bright pink for classic white during tonight’s visit. She wore her hair in loose boho curls with braids.

Cutting a casual but smart look, the king, 54, wore a light blue shirt and denim jeans.

The family were pictured visiting the Cartuja de Valldemossa in Mallorca, Spain, which was built in the 14th century.

Later, the King of Aragon donated the old palace to the monks and the building became a monastery. 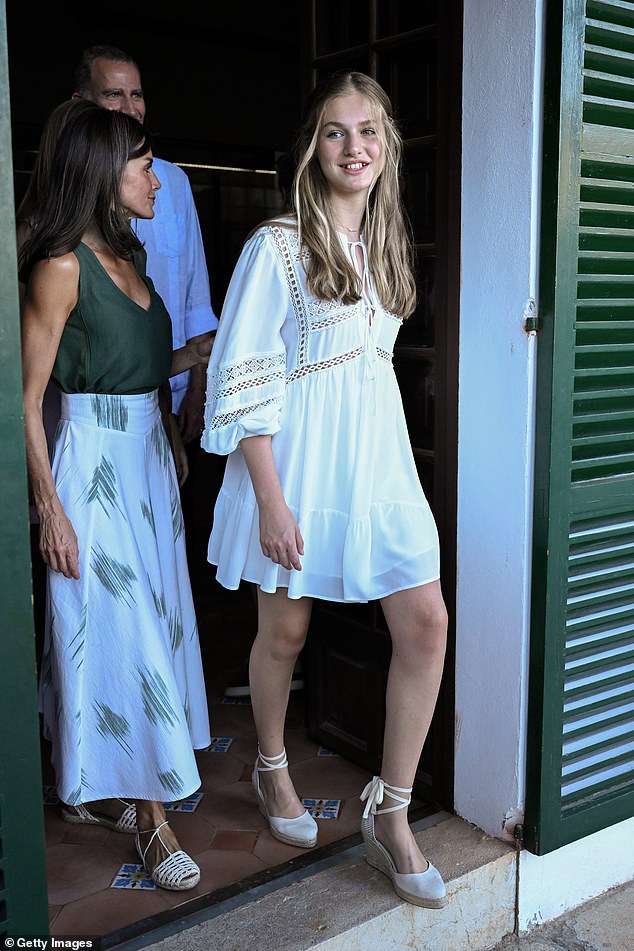 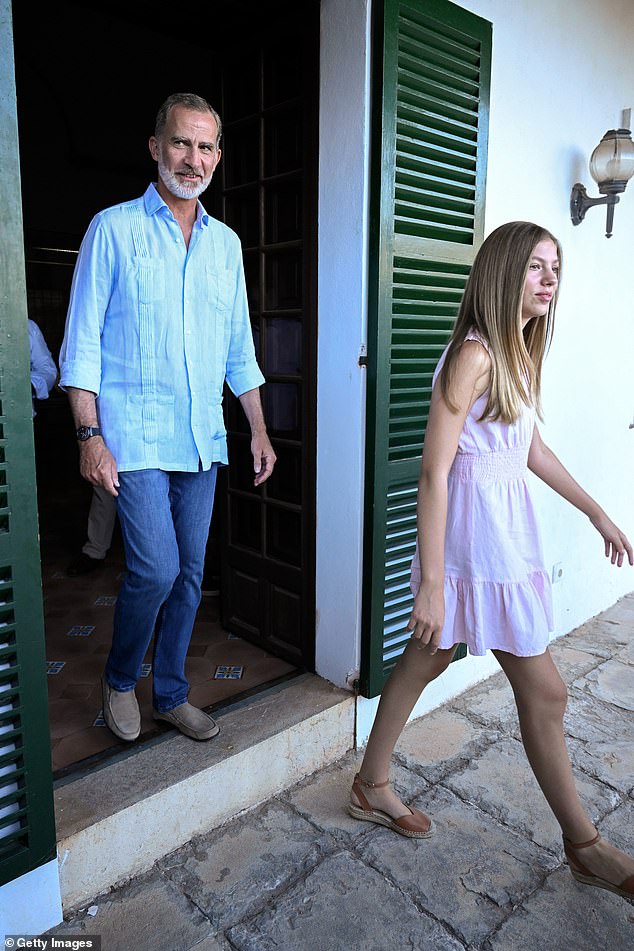 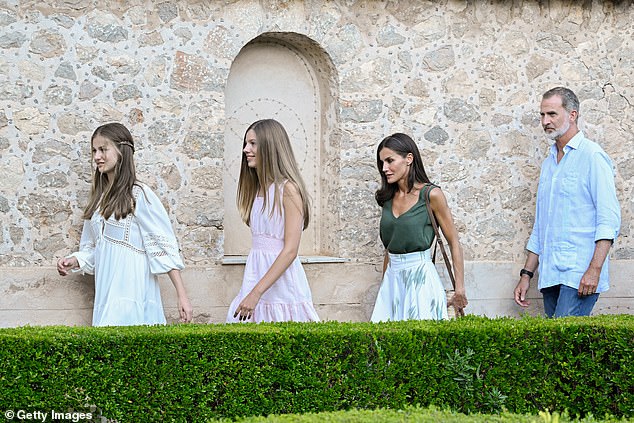 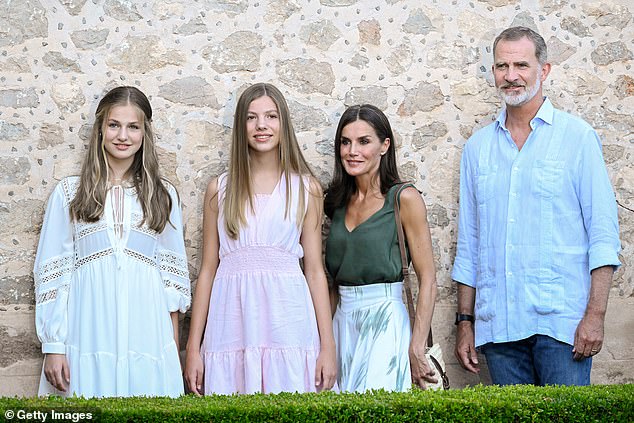 Members of the Spanish Royal Family posed for photos, looking effortlessly glamorous as ever

How the Bayern Munich attack evolves without the talismanic n ° 9

No GST on residential premises if rented for personal use: government

US, Indonesia and Australia hold drills amid China concerns