Princess Anne arrived to greet exhibitors at the Royal Easter Show in Sydney just hours after landing in Australia for a three-day visit exactly one year after the death of her father Prince Philip.

The Princess Royal, who is visiting Australia on behalf of her mother Queen Elizabeth II, and her entourage arrived on Saturday and were whisked through the terminal and away by an official police escort.

In the early afternoon, she was in Homebush in western Sydney to view some of the exhibits ahead of the official opening of the popular agricultural show’s 200th anniversary.

Anne attends the show in her role as Patron of the Royal Agricultural Society of the Commonwealth. 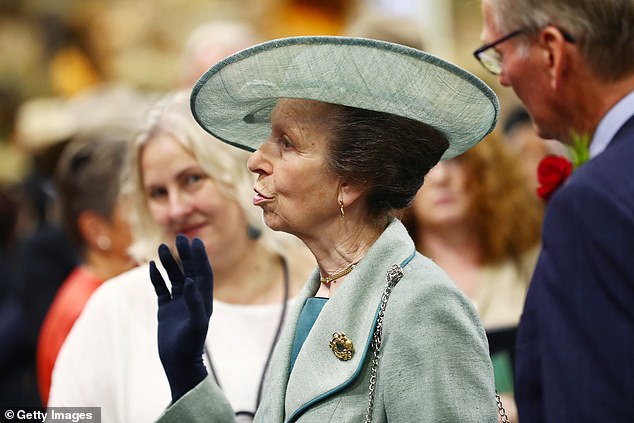 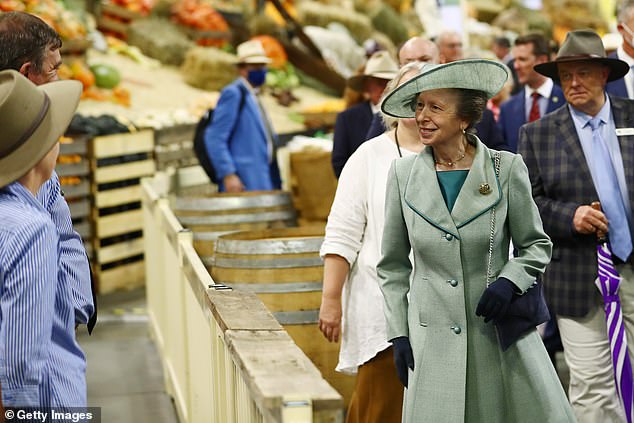 The capacity of the Royal Easter Show has been capped at 80,000, although there are no Covid restrictions in place.

Anne’s visit also coincides with the first anniversary of the death of her father, Prince Philip, who died at Windsor Castle a year ago today aged 99.

It is the first visit to Australia by a member of the British royal family since Harry and Meghan Markle’s rock star trip in 2018.

The Princess Royal is accompanied on the trip by her husband, Vice Admiral Sir Tim Laurence.

She opened the 1988 show during Australia’s bicentenary celebrations.

Princess Anne will be escorted by NSW Mounted Police as she rides into the stadium in a horse-drawn carriage originally built over 150 years ago to open the show shortly after 5pm tonight.

The first time it was used it carried Her Majesty The Queen, Prince Phillip, Prince Charles and Princess Anne to the main arena where they officially opened the 1970 show.

The opening of the show by a member of the royal family is a viceregal tradition that dates back more than a hundred years.

The opening will be followed by an aerial performance by the Air Force Roulettes at 5:30 p.m. 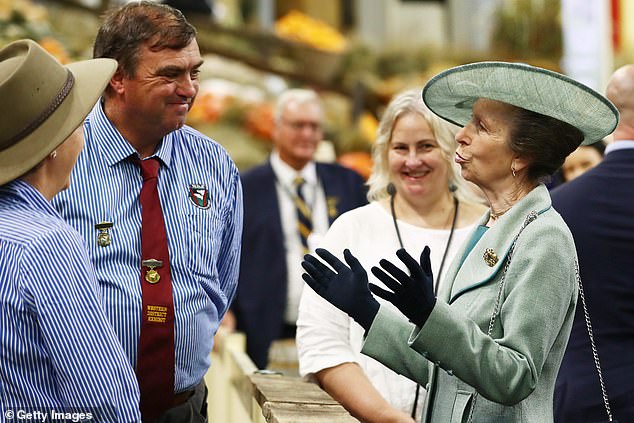 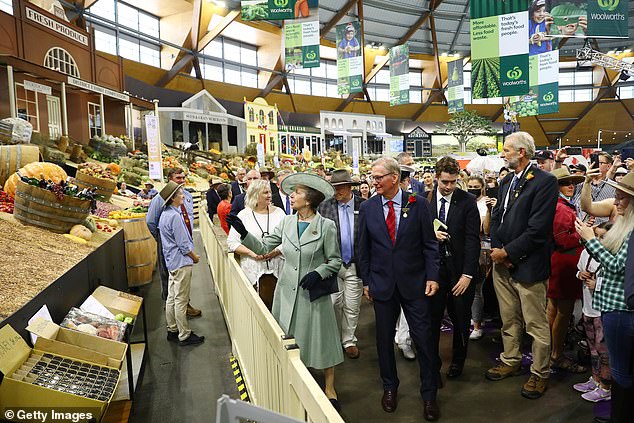 Anne’s visit also coincides with the first anniversary of the death of her father, Prince Philip, who died at Windsor Castle a year ago today aged 99.

The 71-year-old royal is known for her love of agricultural matters and horses, taking part in a three-day equestrian competition at the 1976 Olympics and become the very first member of the British Royal Family to become an Olympian.

She is also President of the British Olympic Association.

Anne has several commitments during her whirlwind three-day visit, including with the Rural Fire Service and the Sea Heritage Foundation.

She is expected to visit the Telopea Park Rural Fire Department and meet with firefighters and families who have battled both bushfires and flooding in the area over the past two years.

She is expected to be hosted by PNG Governor-General Sir Bob Dadae and meet Prime Minister James Marape before opening the National Cardiac Diagnostic Center at Port Moresby General Hospital and the National Ambulance Control Center in St. John Ambulance.

The Princess will also lay a wreath at Bomana War Cemetery, where 3,284 Commonwealth soldiers are buried, on behalf of the Queen. 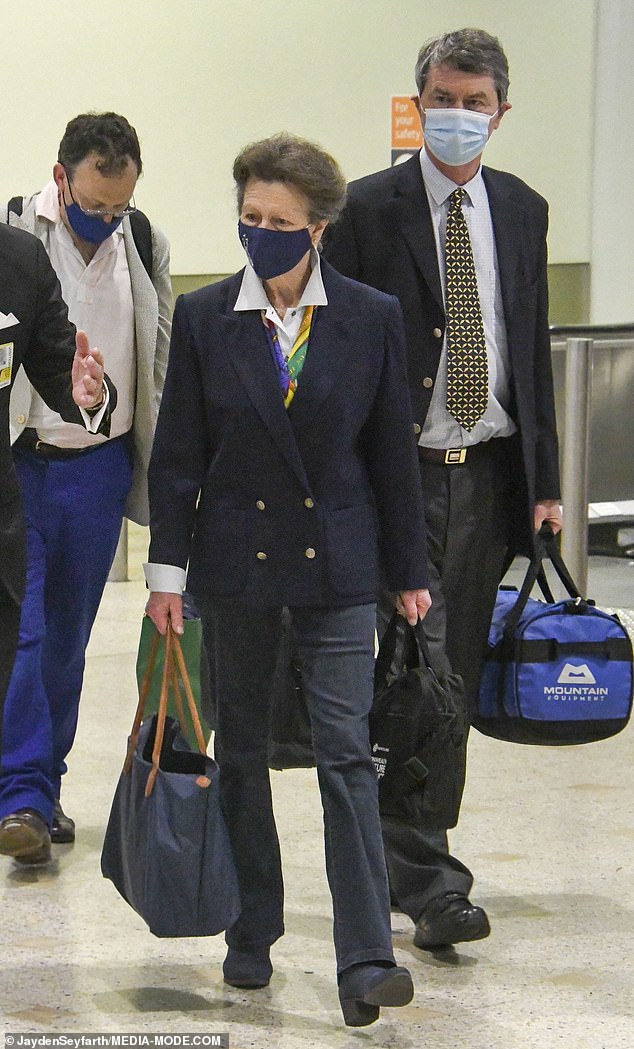 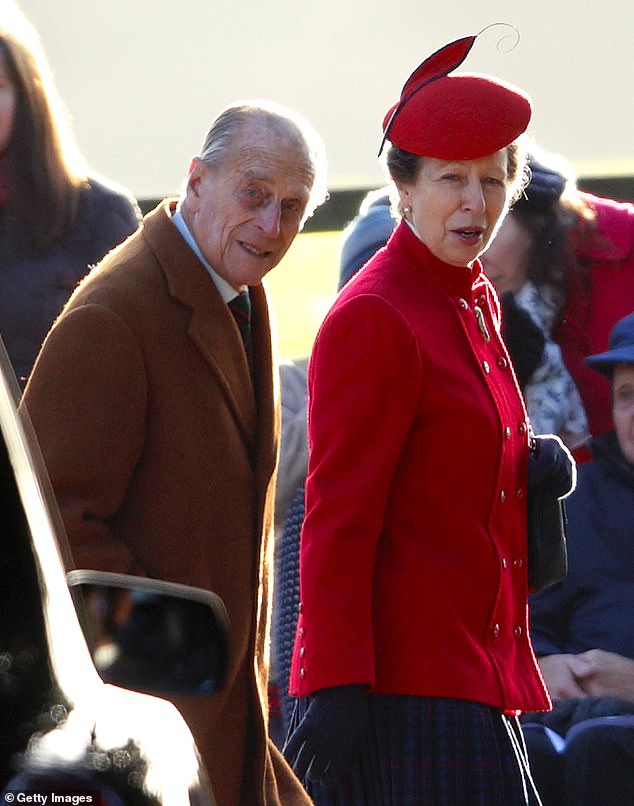 Anne’s visit comes exactly a year after the death of her father, Prince Philip, who died on April 9, 2021 at the age of 99.

The show will feature nearly 8,500 animals participating over 12 days, with tens of thousands more entries in competitions judging everything from rats to roosters and reptiles.

As part of the 200 year celebrations of the Royal Agricultural Society of NSW, there is also a competition for the best young riders and dog owners themed around the era, complete with costumes from the 1800s.

The show’s general manager of agriculture, Murray Wilton, said the event stays true to its roots.

“We are doing today what we were doing 200 years ago, but we are doing it on a much larger scale,” he said.

“It all started with a group of farmers who thought their cattle were better than their neighbours’,” and it all grew from there.

Timeline of the filming of Uvalde: 84 minutes of terror