Prince Harry Spare’s tell-all memoir is already No. 2 on Amazon’s pre-sale bestseller list in North America and the UK.

The Duke of Sussex’s book, due out early next week, is set to double down on his attacks on the Royal Family.

The book has already reached number two on the company’s pre-sale bestseller list in the US and UK.

Spare is currently on sale for $22.40 on Amazon US and £14 on the UK site. The book has already become No. 2 on Amazon’s pre-sale bestseller list in the US (pictured) and UK.

How much does Prince Harry’s book cost?

Spare’s hardcover will be in UK bookstores when they open on Tuesday morning, with the e-book edition available for download on Kindle shortly after midnight the same day.

In the United States, which is five to eight hours behind Britain, electronic copies of the book will be available on Kindle on the evening of Monday January 9, the same time the clock strikes midnight on Tuesday. morning in the UK.

Ultra-secure deals are in place, with the Duke and his publishers going to great lengths to ensure it is released simultaneously worldwide next Tuesday.

Prince Harry has been secretly working on the book about his life in the royal family for over a year as part of a $20 million book deal with Penguin Random House.

He collaborated with Pulitzer-winning ghostwriter JR Moehringer in a rare move by a senior member of the royal family. Moehringer is expected to be paid $1 million for her contribution.

Spare is published in 16 languages, including Chinese, Finnish, Hungarian, Spanish and Portuguese, but – in theory – no one in any country will be able to get their hands on a first copy.

Prince Harry’s book is set to double down on its attacks on the Royal family.

Although King Charles may be spared the worst of the Duke’s rage, the book is said to contain damaging details of his bitter fallout with his brother, William and his wife Kate coming under fire in its 416 pages. 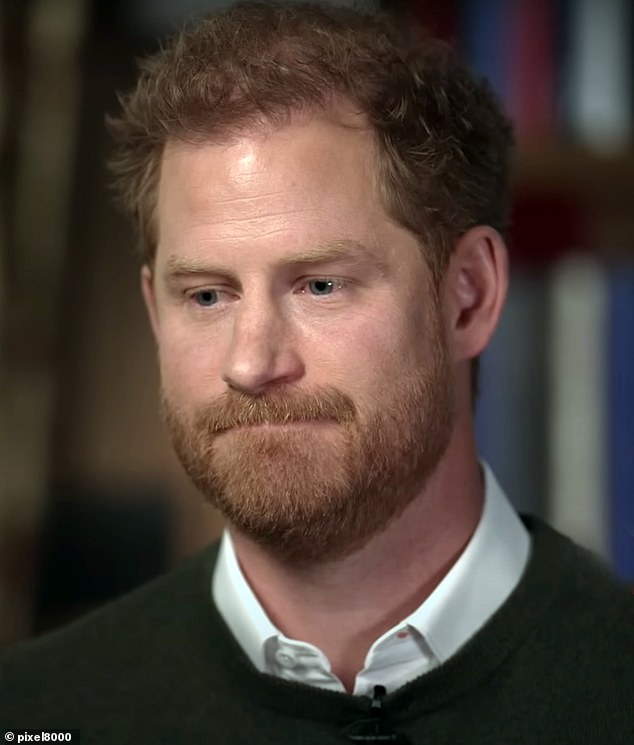 Prince Harry needs to sell more than 1.3million print copies and 400,000 digital editions of his tell-all memoir Spare to break even on his $20million publishing deal, it has been claimed

Publishing sources said the arrangements for the publication of Harry’s “explosive” memoir were very closely monitored and managed to the smallest detail, with only a handful of senior executives privy to exact details.

Deliveries to bookstores are scheduled at the last minute to avoid leaks of unauthorized copies. Protected sites around the world have been secured to host copies of the book before distribution.

One compared the sophisticated security operation to the release of Harry Potter and the Deathly Hallows in 2007, when JK Rowling was determined her young fans would not have the experience wasted upon learning of the boy’s fate. wizard before reading the seventh and final novel in the series.

An army of guards, satellite tracking systems and legal contracts have all been deployed to protect the first 10 million copies of the new Harry Potter book.

When the finished manuscript was hand-carried from London to New York, an attorney for the American publisher sat on it during the flight.

When copies were sent to retailers, the trucks were fitted with satellite tracking systems that revealed if any of the vehicles deviated from their planned routes.

Prince Harry and Meghan have reportedly signed a four-book, $20 million deal with publishing giant Penguin Random House, the fourth being an autobiography of the Duchess of Sussex.

It comes as the Royal Family is ‘completely exhausted’ by the Duke and Duchess of Sussex’s ‘flow of misinformation’, sources have claimed.

The comments come in the wake of Prince Harry’s publicity blitz for Spare, during which he claimed his family ‘shown no willingness to reconcile’.

He also claimed he would “love my dad and my brother back” in trailers for two interviews with ITV’s Tom Bradby and CBS’s Anderson Cooper which were released yesterday.

A royal insider told the Mirror: “It all feels very repetitive. Harry’s constant sniping is rather exhausting and he knows very well that they are highly unlikely to engage in a give and take battle of words.

The book will be published just weeks after he and his wife Meghan release their netflix series detailing their relationship and separation from the royal familywhile reports have emerged that Meghan is also planning to release her own explosive memoir.

According to a source, the Duchess of Sussex “plans to get entirely candid about her time in the royal spotlight…and leave no stone unturned.”

Meghan has previously published her children’s book The Bench with the same publisher, and the couple are rumored to be working on a ‘wellness’ book.

The fourth mysterious book is now thought to be the Duchess’s autobiography.

It comes as royal sources have denied suggestions from Prince Harry that his family have shown no desire to reconcile with him, saying King Charles invited him to visit Christmas.

The Duke of Sussex has claimed a potential reunion with his family across the pond does not appear on the cards, saying his father and brother have “absolutely no desire to reconcile”.

He made the claim in a trailer for an interview with ITV’s Tom Bradby, which he did as part of the publicity blitz for his new memoir, Spare, which will be released next week.

But the initiates at Buckingham Palace poured cold water on the claims, calling them ‘nonsense’ and saying Harry and his wife Meghan had a open invitation to join the rest of the Cabinet this Christmas.