If it takes a recession, or even a period of stagflation, to bring inflation down, so be it.

That was Jerome Powell’s message on the second of his two days of testimony on Capitol Hill. Lawmakers have repeatedly pressed Powell on what he would do if the economy slowed significantly while inflation was still high. If inflation is still too high, would the Fed continue to raise rates even if unemployment soars and the economy shrinks? Powell was firmly in the affirmative.

The exchange with representative Trey Hollingsworth (R-IN) was instructive. Hollingsworth cited the Atlanta Fed’s GDPNOW reading of zero growth for the second quarter, the recent increase in jobless claims and last quarter’s economic contraction as evidence that the economy may already be in recession or approaching it. He said he feared that if the Fed waited for evidence that inflation had slowed significantly, the Fed would be behind the curve again. He asked how the Fed would react to a situation where inflation is still high “and unemployment is rising rapidly and economic growth is negative.”

Powell didn’t flinch. “We can’t fail on this,” he said. “We really need to bring inflation down to 2%. »

For the most part, Republicans on the committee seemed inclined to support the Fed’s hawkish stance and Powell’s insistence that the Fed would be “hard-core” when it comes to fighting inflation. Many Democrats, however, argued that raising rates in a slowing economy would do little to lower food or gasoline prices but could put many Americans out of work. Powell pointed out that while the Fed can’t increase the supply of oil or food, it can slow demand.

“Our tools are dull, but they are the right tools to meet broad global demand,” he said.

This is how monetary policy works according to the standard view. The Fed fights inflation by raising rates, which makes mortgages, car loans, credit cards and business loans more expensive. The price of credit is rising, weighing on spending and hiring, weakening demand for goods and services and softening the labor market. Slower growth results, giving supply a chance to catch up with demand.

The argument made by Sen. Elizabeth Warren (D-MA) on Wednesday and House Democrats on Thursday is that the Fed shouldn’t try to fight inflation by reducing demand because, they say, the problem lies in the supply side. This is also a version of what Biden said. Powell’s response on Thursday was to say that lawmakers are free to try to stimulate supply by passing laws, but the central bank’s tool is interest rates and its legal duty is to use that. tool to bring down inflation.

The argument from Capitol Hill Democrats seems to be that the Fed shouldn’t be willing to risk a recession to bring down inflation. If inflation weren’t so high or so persistent, that might be compelling. Sustained high inflation, however, would inflict deep economic scars, deeper than a temporary rise in unemployment or a general but superficial economic downturn.

At the same time, Powell was being grilled by Democrats on Capitol Hill for using demand management tools to fight inflation which they say boils down to corporate greed and supply chain issues. (a view now months outdated), the Biden administration was demonstrating that it had no supply-side solution. Energy Secretary Jennifer Granholm has met with leaders of the biggest oil refiners for an “emergency meeting” over high gas prices. The result was a plan to have another meeting.

This is the latest ploy from the Biden administration that only makes it clear that, as ISI Evercore has said, Biden’s political quiver is empty. The only real solution would be to increase oil production and increase investment in the extraction of fossil fuels. However, these things are anathema to the presidential party, so all they are left with are unsuccessful emergency meetings, dead-on-dead proposals like the gas tax waiver, and the president angrily telling the gas station owners to charge less. 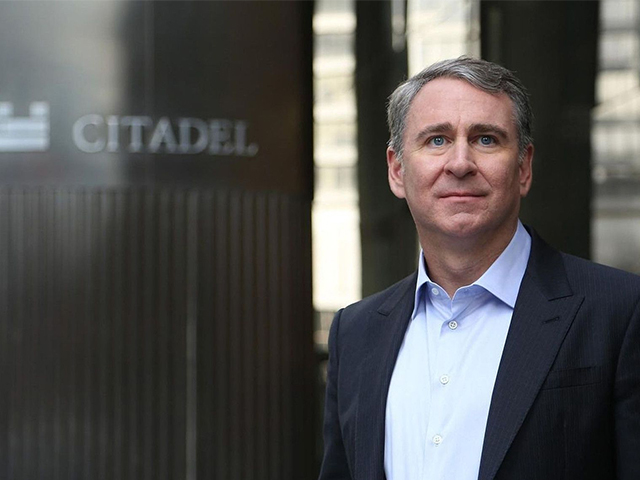 Ken Griffin told employees of Citadel, the $51 billion hedge fund he founded, that the company is joining the parade of people moving to Florida. Rising crime and ridiculous pandemic policies have caused many Americans to move to Republican Gov. Ron DeSantis’ Sunshine State. Griffin has moved there before, and now he’s bringing his hedge fund and employees with him.

The move also suggests that left-wing outrage over Florida’s reprimand of Disney after the company spoke out against the state’s anti-grooming bill was not shared by the business community. Despite cries that this was an anti-corporate stance and warnings from worried trolls that it would drive businesses out of Florida, Citadel was undeterred.