Police investigate if Cabramatta boy, five, was beaten over TWO MONTHS of hell

Police are investigating if a five-year-old Sydney boy was beaten by his mother’s boyfriend over two hellish months resulting in the worst injuries a doctor has ever seen.

The pre-schooler was rushed to hospital on Friday evening after police allegedly found the boy bruised from ‘head to toe’, suffering brain damage and splinters throughout his body.

The alleged abuse was exposed after a neighbour rang police, worried about terrifying screams coming from the Cabramatta home that night.

But court documents obtained exclusively by Daily Mail Australia reveal detectives are probing whether the boy was abused in the two months earlier, since the couple moved into their red-brick home. 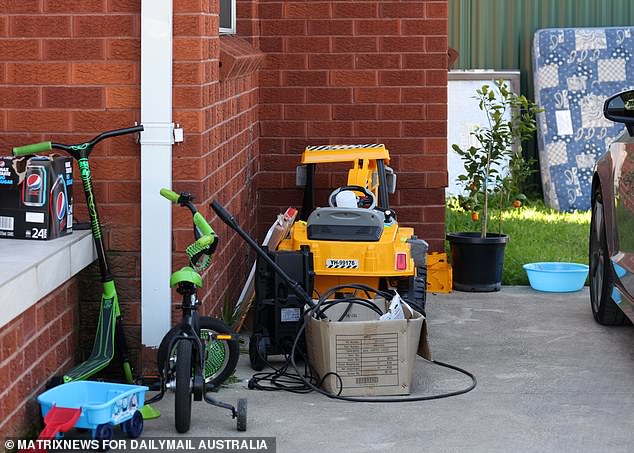 A toy scooter, bike and Thomas the Tank Engine rolling tray were heaped out the front of the Cabramatta home this week along with a carton of soft drink and an old mattress 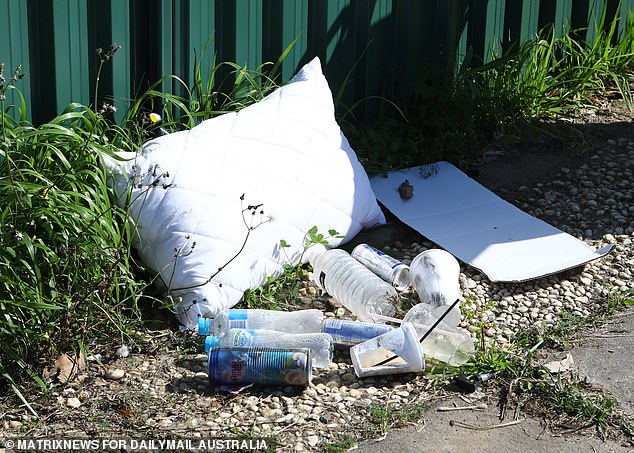 Piles of water bottles, Red Bull and coconut drink were piled up in the home’s front yard this week

A police charge sheet tendered in court said the man is accused of ‘intentionally wounding’ the child between ‘the 1st day of July 2020 and the 28th day of August 2020.’

A senior source with knowledge of the police investigation said the boy’s injuries will be investigated bruise-by-bruise to see if he was beaten ‘just on the Friday night or earlier’, in the previous nine weeks.

The source said it all hinges on evidence from doctors.

‘These types of investigations rely heavily on medical evidence and that’s quite time consuming,’ the senior source said.

The boy was rushed to hospital last week and placed on life support. He remained in a critical but stable condition on Tuesday.

The boy’s accused attacker appeared in front of a magistrate via video link from Silverwater’s Metropolitan Remand Centre on Tuesday, dressed in prison greens.

The accused appeared calm, his hair hanging over his eyes, and simply told the magistrate ‘that’s correct’ when asked if he wanted to get himself a private lawyer.

Magistrate David Degnan told him his case ‘will be ultimately dealt with in a higher jurisdiction’ than the local court. 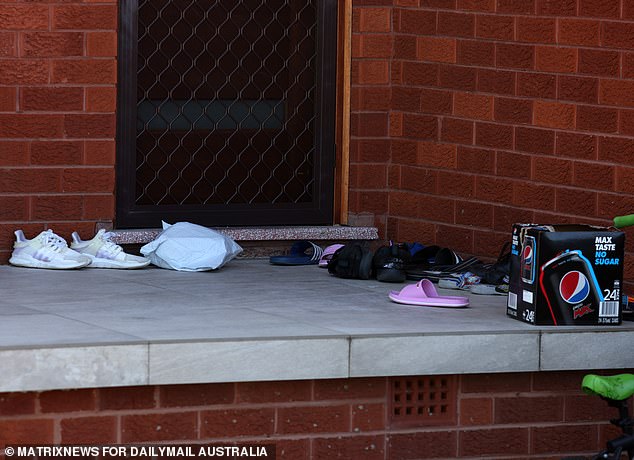 Children’s shoes, a discarded lunch box and a carton of soft drink were left on the front porch of the mother’s red brick home where the crime is alleged to have occurred

The shocking alleged abuse the boy suffered sparked a rare disclosure of a child’s horrific injuries by a surgeon at Westmead Children’s Hospital. 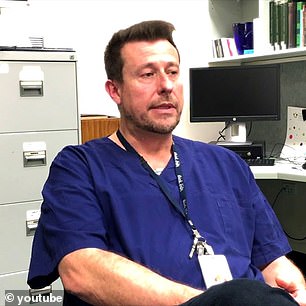 Dr Adam Fowler tweeted on Saturday: ‘One admission overnight. The worst case of suspected child beating I’ve ever seen in my professional career.

‘One that made me physically sob whilst examining.

Dr Fowler has since deleted his tweets.

The accused man did not apply for bail on Tuesday and bail was formally refused. He will face court again in eight weeks’ time.

The boy’s mother is due to face court next week. She has been charged with ‘not providing for a child causing danger of a serious injury’.

A court was previously told police had ‘very disturbing’ images of the boy’s alleged injuries, with a magistrate revealing the alleged beating had begun as ‘smacking’ for disciplinary reasons.

Blinds always drawn and security cameras everywhere: Inside the ‘house of horrors’ where boy, five, was allegedly beaten within an inch of his life 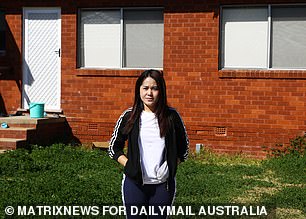 Outside the ‘house of horrors’: Neighbour Visal Pom (above), who lives out the back, said the secretive mother kept the blinds completely closed no matter the time of day

Strangers come and go, CCTV cameras ring the red brick rental home and without fail, the blinds are always pulled down.

This is the Sydney ‘house of horrors’ where a boy, five, was allegedly beaten within an inch of his life with a metal pole and wooden stick by his mother’s new lover.

The Cabramatta pre-schooler was rushed to hospital on Friday night suffering injuries a devastated doctor candidly described as the ‘worst’ he’s ever seen.

As the child fights for life, neighbours shed light on the boy’s intensely private arrested mother, 31, and her boyfriend, 20 – who moved in just weeks ago.

‘The blind is always closed, always closed, never see them open at all,’ said Mother-of-three Visal Pom, who lives with her family in a small home at the back.

‘Only the first time they moved in (did they have the blinds open) as it was the first new home for them. But after that, always closed. 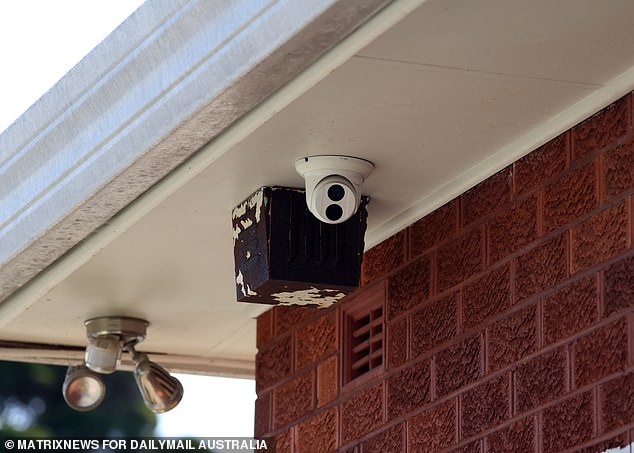 The home where the mother, her son and boyfriend lived was ringed by closed circuit television cameras but neighbours said it was unclear whether they used them

A heartbroken Ms Kim, who said she wished she could have done more, said: ‘All different people come … the men always change.

‘Every day I see different (people), not the same person’.

Neighbours said the only child – the son of another man – seemed happy while lolling about the yard with his toys about twice a week.

A bike, scooter and Thomas the Tank Engine tray sat idly this week in the front yard this week, alongside piles of rubbish, plastic bags, an old mattress and a discarded pillow. 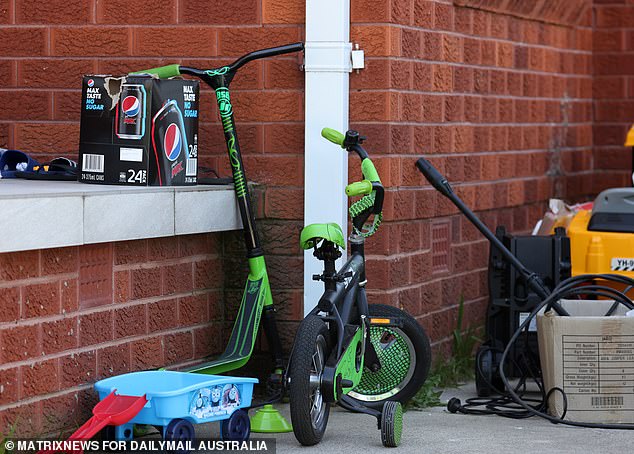 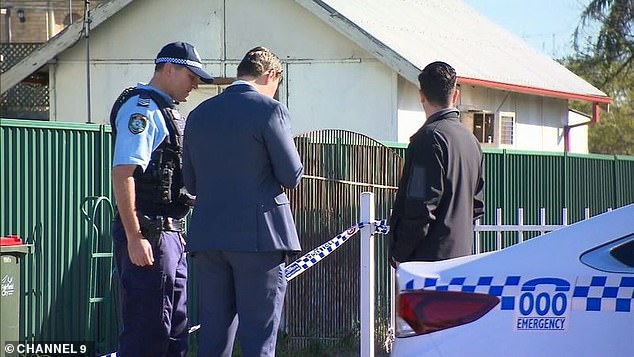 Only a couple of neighbours heard the commotion on Friday night, which led one to call the police about 9.50pm.

Another neighbour said the screaming prompted him to turn up the volume of a movie he was watching – thinking it was just another set of locals having their usual row.

A New South Wales Police Force spokeswoman said the boy was in a critical but stable condition on Tuesday.

Trump leans into his ‘180,000 deaths is a statistic’ reelection strategy