Australians increasingly need to access their wages days or weeks before payday as workers head into Christmas and the rising cost of living bites, new data shows.

Specific technology that allows employees to access their pay earlier has been an option for overseas workers for years and now Australia is joining the revolution.

Local tech company Paytime now allows employees of any company that signs up for the app to access up to 70% of their earned pay any time of the month, with the money deposited into their bank account online. a few minutes.

Antonia, 19, an aspiring actress and part-time cashier based in Sydney, used the app to pay unpaid school fees after her employer Supabarn registered on the platform. 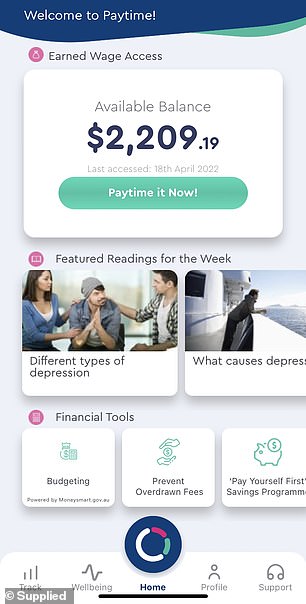 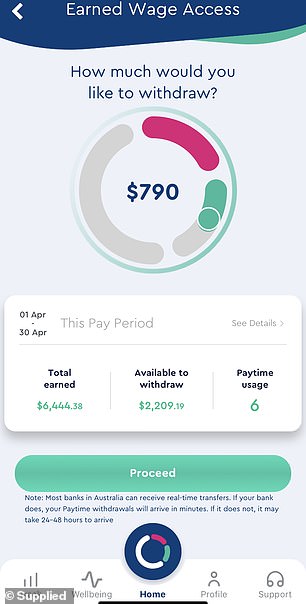 In the Paytime app (pictured), users can only access money they’ve already earned, but they don’t have to wait for payday

But Antonia and Matthew are not alone, with data from Paytime showing a surge in app usage as workers who live paycheck to paycheck increasingly feel the pinch.

“The run up to Christmas always puts additional financial pressure on families and individuals and we’ve seen a surge in people wanting to access their pay earlier to alleviate stress,” Paytime CEO Steven Furman said. .

“Almost half of our users say they expect to have to withdraw their pay earlier to be able to afford Christmas shopping.”

Mr Furman pointed out that the money was not a loan and there was no interest, but rather the platform leverages employers’ payroll services and provides a real-time link to access to income.

“With the current cost of living affecting everyone, having workers wait a fortnight or even a week to get paid is causing financial stress on all wages,” he said.

Worryingly, just over half (52%) of those who accessed their pay early said it was for food and groceries, the data shows. 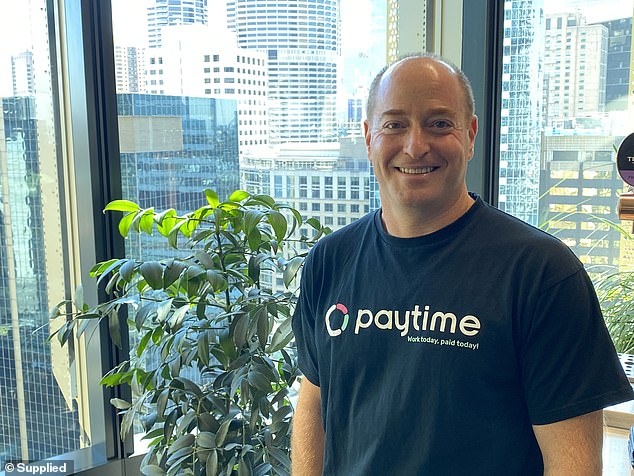 The prepayment concept is already popular overseas with US companies such as Paypal, Walmart, McDonalds, Uber, Hilton, Unilever offering it to staff.

Furman says it’s a more responsible way to access money than the short-term loans offered by many companies – which normally charge exorbitant interest to people who are already financially vulnerable.

Paytime also funds early withdrawals so that there is no impact on the day-to-day running of the company’s payroll.