By Miriam Kuepper for Mailonline

A passionate couple who lived 72 happy years together before dying within hours of each other shared a coffin at their funeral.

Alan and June King were just 15 when they met at work and fell in love, and they remained in love for over seven decades.

Her husband died the next day, around 9 p.m., at Chesterfield Royal Hospital, where he was being treated for cancer. He was also 87 years old.

Alan and June King were just 15 when they met at work and fell in love, and they remained in love for over seven decades.

They received the farewell at their joint funeral at Hutcliffe Wood Crematorium on Thursday, December 8, lying side by side in the same coffin, holding hands as they had spent much of their lives doing.

Their son, Alan King, told the Yorkshire Post: ‘Mum and dad were inseparable until the end.

“It was really fitting that they got to share a coffin and hold hands one last time because they had been together their whole lives and were so happy together.

“I would like to say how much we will miss them and how grateful I am for all they have done for me.

“After 87 years of them dying less than 21 hours apart, I couldn’t believe it. The odds must be pretty astronomical.

He said they lived in Dronfield Woodhouse and met at the Arnold Biggins and Sons print shop, where they both started working as teenagers.

They married in 1959 after the late Alan King had completed his three years of national service in Germany, and they had one child together.

They lived in the same social flat for 63 years before their declining health meant they were briefly separated towards the end of their lives.

Alan remained in the printing industry throughout his working life, while June held several jobs, including in a canteen, an engineering company, and as a housekeeper. 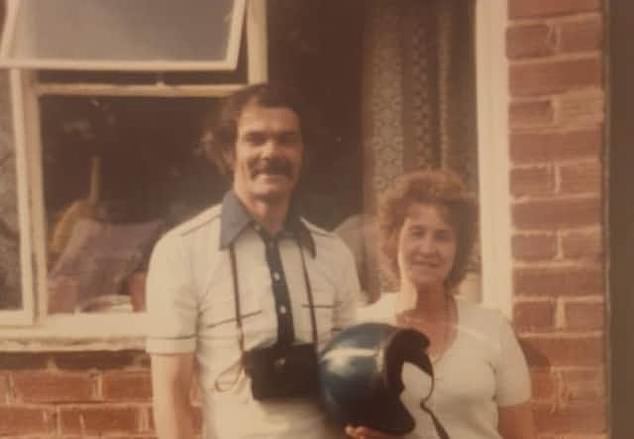 They were bid farewell at their joint funeral at Hutcliffe Wood Crematorium on Thursday December 8, lying side by side in the same coffin, holding hands as they had spent much of their lives doing

They shared a love of the Derbyshire countryside, enjoying many trips together to Chatsworth House and other places.

They requested that their ashes be scattered at Shillito Woods, which was one of their favorite places.

Alan was the Dronfield Picture House projectionist and a keen photographer, once selling a photo to a national newspaper of the tragic Coniston Water accident in the Lake District which killed Donald Campbell as he attempted to break the speed record on the water.

He also represented Derbyshire at darts.

June had severe mastoiditis as a child which required surgery, and her son said her memory was affected for the rest of his life but was ‘so funny’ and was always “the life and soul of any party”.

Their son, Alan, said he was grateful to the Michael Fogg family funeral directors for arranging the funeral and for suggesting that his parents could lie side by side in the same casket, which he thought was a nice touch.