By Alastair Lockhart for Mailonline

A baby boy’s ‘cruel’ parents have been found guilty of neglecting their son in the final days before his sudden death.

Kayleigh Clarke, 32, and Michael Higginson, 52, failed to get medical attention for seven-week-old Ronnie Higginson at their home in Stoke-on-Trent until it was too late.

The alarm was only raised when paramedics discovered Ronnie in cardiac arrest at his home in Derwent Street, Cobridge, on the evening of November 26, 2019. He died in hospital less than half an hour later.

The baby had been sniffling, getting rid of his food and having trouble breathing. His parents had been advised to seek medical attention. 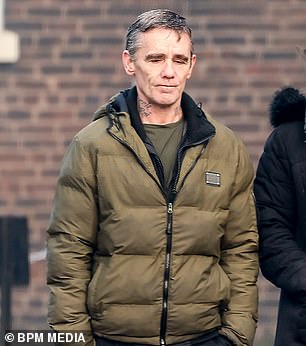 However, they didn’t until November 26, just before Ronnie died. The court accepted that the defendants did not cause Ronnie’s death, but their failure to take immediate action likely caused Ronnie unnecessary suffering or damage to his health.

Both Clarke and Higginson were convicted of child cruelty. They will be sentenced later this year.

Chief Detective Inspector Cheryl Hannan, of the force’s Major and Organized Crime Department, said: ‘This was a truly tragic case in which a seven-week-old baby boy died in the care of two people who should have been there to protect him.

“Our investigation revealed that medical attention did not appear to have been sought for Ronnie when he was ill.

“Our hearts go out to everyone affected by Ronnie’s death.”