A 31-year-old man accused of deliberately starting a fire that killed a mother and her two children is due in court today.

Jamie Barrow, of Fairisle Close, Clifton, is due to appear at Nottingham Magistrates’ Court.

The family died of smoke inhalation following a fire at their Fairisle Close home in the early hours of Sunday morning.

Fatoumatta Hydara was killed in the fire along with her two young children Naeemah Drammeh, one, and Fatimah Drammeh, three. 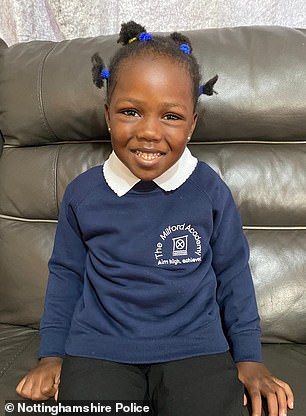 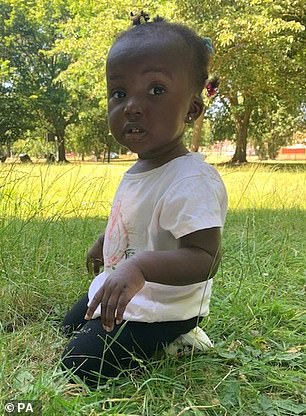 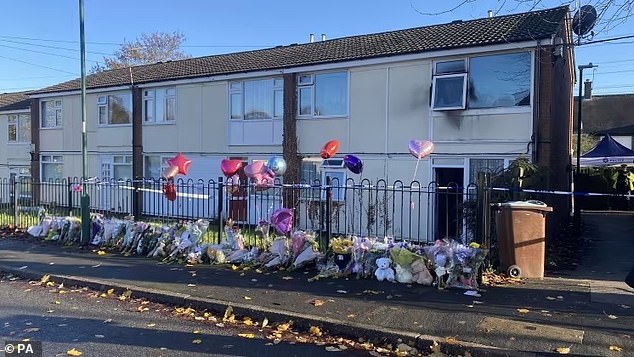 Flowers and other tributes were placed outside the flat in Clifton, Nottingham

Naeemah and Fatimah were rushed to Queen’s Medical Center in Nottingham after the fire but nothing could be done to save them.

Deputy Chief Constable Rob Griffin, of Nottinghamshire Police, said: ‘Our thoughts remain with the family at this incredibly painful time, as well as with the communities who have been affected by this most tragic incident.

“The grief this family has suffered is incomprehensible.

“Large teams of detectives worked tirelessly alongside specialist search units and forensic experts to understand all the circumstances of this deliberate fire.

“As a result of these investigations, we have charged a suspect with three counts of murder.

“The family is aware of this development and I want to sincerely thank them for their patience and understanding as we do everything we can to get justice for Fatoumatta, Fatimah and Naeemah.” 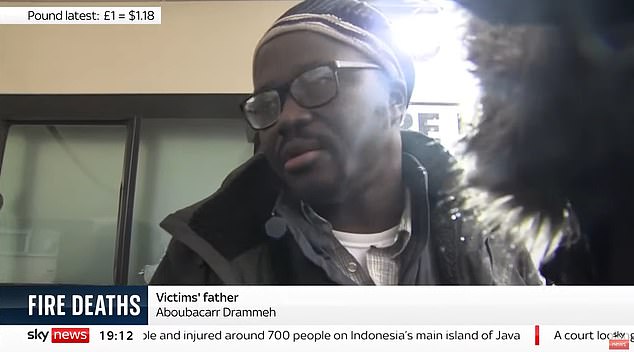 Husband Aboubacarr Drammeh, 40, mourned the tragic loss of his family in the fire

In a statement on Wednesday, Fatoumatta’s husband, Aboubacarr Drammeh, 40, paid tribute to his loved ones and called their deaths inconceivable.

Mr Drammeh, who returned from the US after the fire, said: “It is with great sadness that we have lost Fatoumatta and our two daughters in such a tragic way.

“Fatoumatta lived a short but very beautiful and fulfilling life.

“A former volunteer, Fatoumatta was a very cheerful, bubbly woman who wouldn’t have the heart to hurt a fly.

“We thank the Ahmadi Muslim Community of Nottinghamshire, the Gambian community, local neighbors and all those supporters for their continued support at this difficult time.

“My in-laws and I are left without daughters, grandchildren and nieces. I will miss my family deeply. 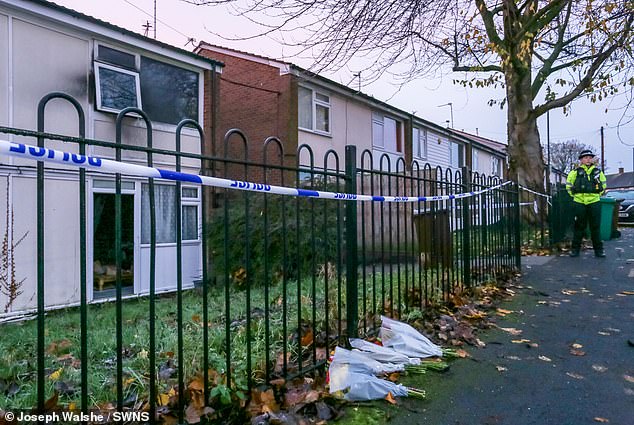 Flowers left at the scene of the fatal fire in Clifton, Nottingham, after Sunday’s blaze

Heartbreaking footage was released by police yesterday showing the two girls playing and laughing happily together ahead of the fire.

One resident, who did not wish to be named, said: ‘You can’t imagine what poor dad is going through – losing your wife and kids like this all at once.

“He was here yesterday but in shock. He’s completely devastated, of course you would be. You can’t even put yourself in this position. It’s just heartbreaking.

“I didn’t really know them, but they seemed like a nice happy little family.” 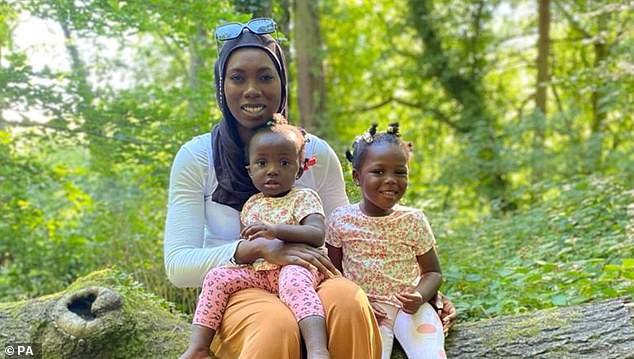 Fatoumatta Hydara was killed in the fire along with her two young children Naeemah Drammeh, one, and Fatimah Drammeh, three. 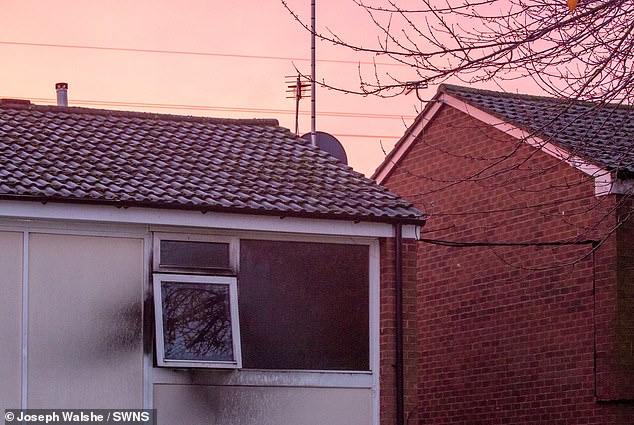 The first floor fire killed the mother and her two young children, aged one and three, and is believed to have been started deliberately 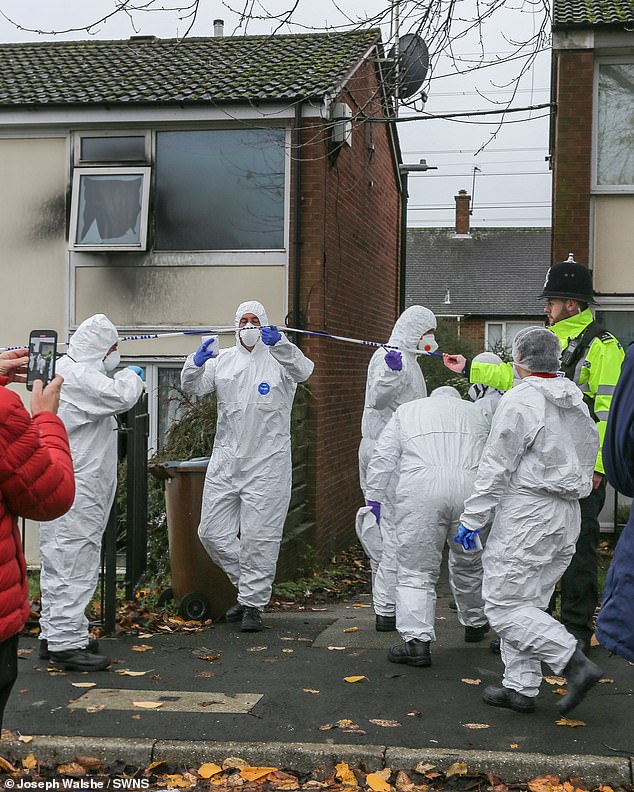 Chief Detective Inspector Mark Sinski said: ‘The local community has been shocked and deeply saddened by the events of the past two days.

He said: “Our entire school community was incredibly shocked and saddened to learn of the tragic events that unfolded in the early hours of Sunday morning.

“We are just beginning the painful process of coming to terms with what happened and the heartbreaking realization that two young children and a mother lost their lives.

“We now know that one of these children was a pupil here at Milford and our thoughts are with the family and all those affected by this terrible event.

“Fatimah was a kind, cheerful and determined member of our nursery. Her sunny personality allowed her to make friends wherever she went and she loved hugs.

“Fatimah was at her happiest with a brush and glue stick in her hands, creating her next masterpiece.

“Her infectious laugh could be heard by all as she rode around the garden on the three-seater bike – she loved the outdoors.

“Our nursery will not be the same without her and we will all miss her.” 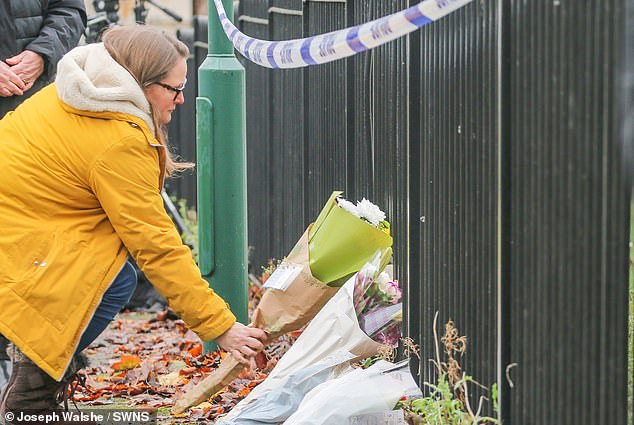 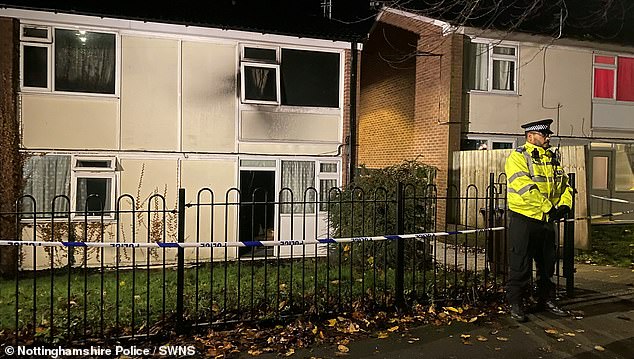 Friends laid flowers at the scene where the fatal fire occurred on Sunday.

A family friend, a tearful woman laying flowers at their home, cried: ‘It’s heartbreaking. They are such a beautiful family.

She added: ‘I can’t see anything worse happening, especially at this time of year just before Christmas. It’s really horrible, your worst nightmare.

Forensic experts with sniffer dogs were sifting through the rubble of the council house on Sunday morning.

The debris was clearly visible through the broken upper window and the gutted apartment below.

Neighbors in nearby apartments were evacuated as the crime scene remained cordoned off.