By Jake Ryan For The Mail On Sunday

A Nigerian fraudster who was the ‘prime mover in a criminal enterprise’ in the UK is being flown back here after his deportation was ruled unlawful.

The conman was jailed for four-and-a-half years and deported in 2018, but a judge has ordered the Home Office to fly him back to Britain.

In an immigration tribunal judgment published last week, Mr Justice Lane ruled that the criminal, who was granted anonymity in the case, had a right to have his appeal heard here.

The fraudster claimed he would be persecuted in his home country because he was bisexual, a Christian who converted from Islam and had paid for male prostitutes at a party while on holiday in Nigeria. 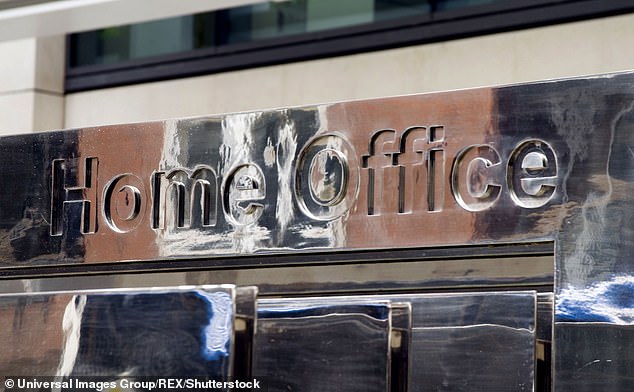 The conman was jailed for four-and-a-half years and deported in 2018, but a judge has ordered the Home Office to fly him back to Britain

The ruling comes as it can be revealed that six other would-be deportees, who were due to be removed on a plane to West Africa when it was halted by protesters in 2017, have also been allowed to remain in the UK.

Last night, Conservative MP Peter Bone, who has repeatedly called for foreign criminals to be removed from the UK, said: ‘It’s very hard to understand how we finish up paying to take back someone who is a convicted criminal in this country and was already sent back to where he is a citizen. There is no logic to that at all. We have to send foreign criminals back to where they’ve come from. They can’t come here, accept our hospitality in the UK, break the law, get put in jail and then we can’t deport them.

‘I can’t fathom why anyone thinks they have the right to remain here.This is the kind of thing my constituents don’t understand and find mind-boggling.’

Last week the immigration tribunal judgment was published declaring the Nigerian conman must be flown back. In his ruling, Mr Justice Lane noted that the judge sentencing the man for fraud in December 2013 described him as ‘the ‘prime mover’ in a ‘criminal enterprise of almost three years’ duration’.

The conman and ‘others under his control’ used stolen identities to submit 154 fraudulent VAT claims laundering the cash through bank accounts at a ‘substantial, and irrecoverable, cost to the United Kingdom taxpayer’. But while in jail he submitted a claim for UK residency because of his wife’s EU citizenship. He also claimed he was being pursued by male prostitutes in Nigeria after arranging for them to attend a sex party while he was on holiday there in May 2013. 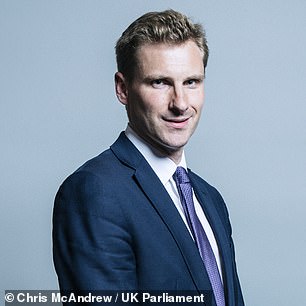 In his ruling to have the fraudster flown back to Britain, the judge said he did ‘not consider it appropriate to give the fact of the applicant’s criminal offending much weight’ and that the Home Office had acted unlawfully by removing him for being out of time with his appeal. He concluded: ‘We declare the removal of the applicant on 28 March 2018 to be unlawful.

Meanwhile, Home Office Minister Chris Philp revealed that six would-be deportees due to leave Stansted Airport in 2017 have been allowed to remain in the UK.

Last year The Mail on Sunday told how 25 offenders on the plane included individuals who where jailed for murder, child rape and grievous bodily harm. It is not clear whether the six revealed to still be in the UK include those criminals, although the Home Office refused to deny that this was the case.

In a written response to a parliamentary question by the Green Party’s Caroline Lucas, the Minister said two of the migrants were issued residence cards as family members of EU nationals.

Another three were granted leave to remain on ‘human rights grounds’ and the sixth was identified as a victim of trafficking. Their removal was initially blocked by a group of Left-wing activists dubbed the ‘Stansted 15’ who cut a hole in a fence at the Essex airport.

The protesters, who were later convicted under a terrorism-related law, claim they stopped the plane because people on the flight were ‘at risk of persecution’.

Last night, a Home Office spokesman said: ‘We share the public’s anger at the range of action taken to frustrate the removal of foreign national offenders. The Home Secretary is looking into reforming the system to ensure that those who come to this country and commit crimes can be removed faster.’

world news As the World Gets Tougher on China, Japan Tries to Thread a Needle