White nationalist and Holocaust denier Nick Fuentes was caught throwing his drink at a couple at an In-N-Out after they argued.

Fuentes, 24, was dining at the Los Angeles burger restaurant when he was approached by a couple who quickly got into a fight with the known supremacist, a witness said.

It’s unclear why the group was arguing, but the couple reportedly got so angry they threw cups of ketchup at Fuentes and his friends, TMZ reported.

Fuentes has been at the forefront of US media in recent weeks after he was seen walking through a Miami airport with Kanye West and heading to Donald Trump’s Mar-a-Lago estate.

However, on Saturday Fuentes reportedly denied being himself, according to a woman who filmed the Holocaust denier.

“It’s Nick Fuentes,” the woman said while filming the white nationalist, who was wearing a suit. “He pretended it wasn’t him, but it really is him.”

Fuentes and his group appeared to be leaving the restaurant when the woman said: ‘What the fuck? Fuck Nick Fuentes. You racist.

In another video, Fuentes can be seen standing calmly at his table, before out of the blue he throws his drink across the restaurant, the liquid spraying everyone nearby.

Nick Fuentes, 24, was dining at an In-N-Out in Los Angeles when he was approached by a couple and the pair got into a quick argument, a witness said. As the couple were leaving, he threw his drink at them, which allegedly disappeared 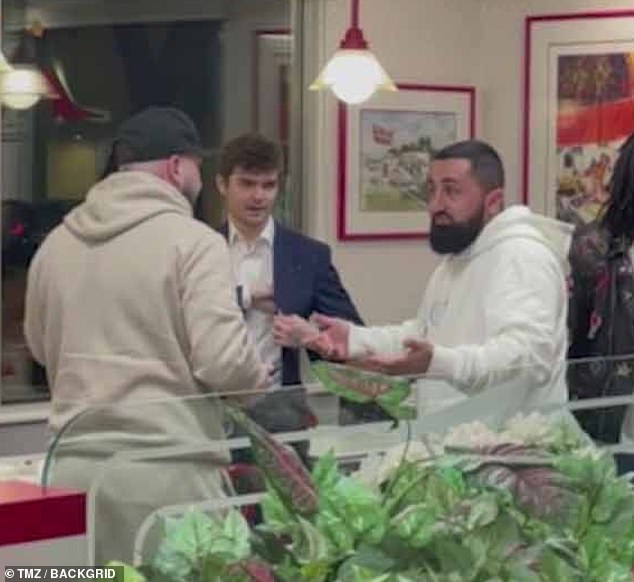 It’s unclear why the group was arguing, but the couple reportedly got so angry they threw cups of ketchup at Fuentes and his friends.

The drink reportedly did not hit the couple, whom he was targeting, as they left the establishment.

Fuentes left five minutes later and police were not called, according to TMZ.

Since dining at Mar-a-Lago, Trump said he didn’t know who Fuentes was when he dined with him and West in Florida, and that Fuentes’ extreme views were not discussed. at the table.

“I had no idea what his opinions were, and they weren’t expressed at the table at our very quick dinner, otherwise it wouldn’t have been accepted,” Trump said on Fox News.

In a video released after the meeting, scandal West – now known as Ye – said he told Trump he planned to run for president in 2024 and that the ex-president should be his running mate. 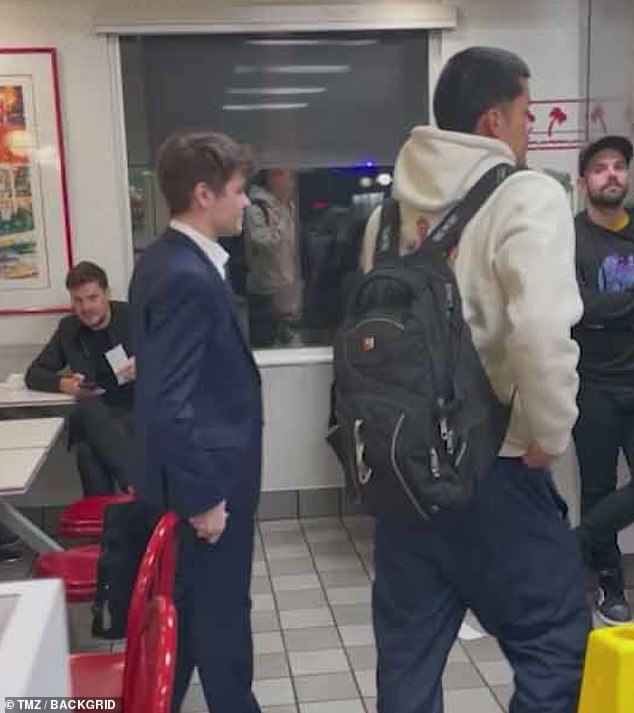 Fuentes, who was seen wearing a dapper suit at the fast food joint, left five minutes later and police were not called 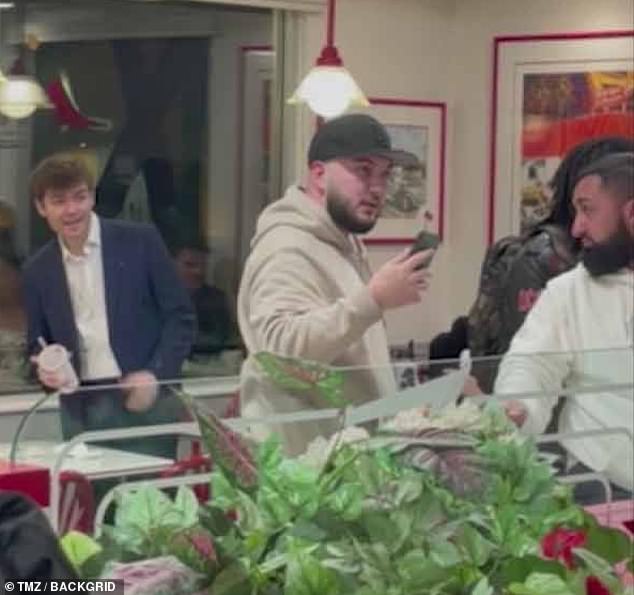 Fuentes has been at the forefront of US media in recent weeks after he was seen walking through a Miami airport with Kanye West and heading to Donald Trump’s Mar-a-Lago estate.

The former president, who declared his own candidacy for the White House two weeks ago, was “essentially screaming,” the rapper said in his Twitter video titled “Mar-a-Lago debrief.”

“He tried to fuck me. He is crazy. He can’t beat me,’ Trump reportedly told his allies after dinner, according to NBC News.

An adviser told the outlet that Trump was “totally blindsided” by the “setup” dinner.

Fuentes, who backed Trump, turned on the former president this week, urging far-right conservatives to choose a different candidate in 2024 just days after dinner.

“What are American Christians going to get out of a McCarthy presidency or Trump’s new White House?” Lower gas prices? Reduce the corporate tax rate? Fuentes wrote in a post on Telegram. “The years will pass because things will remain fundamentally the same. We must dream bigger. 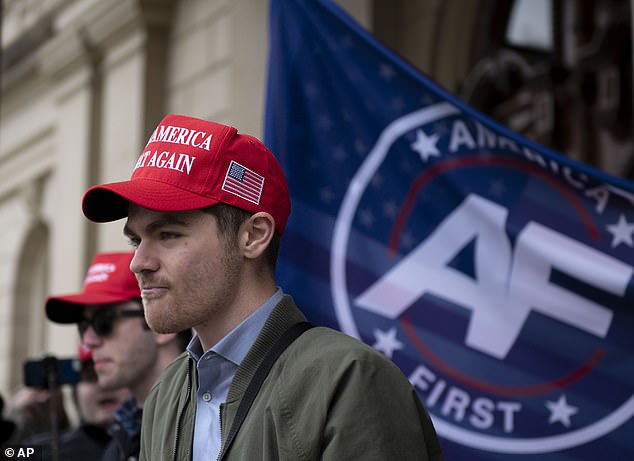 Fuentes recently had dinner with Donald Trump at Mar-a-Lago, but has since spoken out against the former president 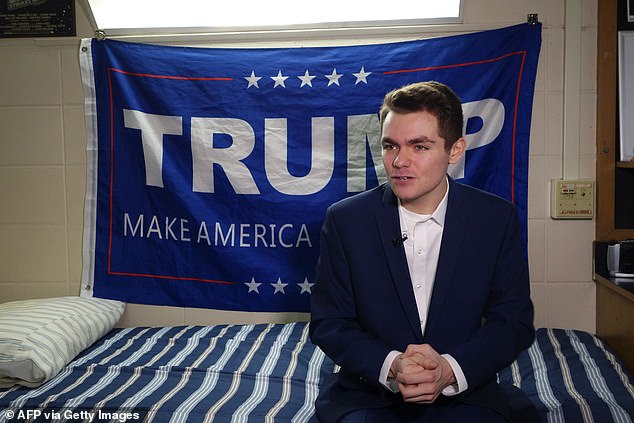