New York City Mayor’s son Eric Adams has appeared on the Albanian equivalent of American Idol, belting out his drill rap song, even after his father called for the music genre to be banned earlier this year.

Jordan Coleman, 26, who goes by the name Jayoo, appeared on Kënga Magjike, a singing show that translates to Magic Song, on Wednesday night for the semi-finals.

He sang his song Itsy Bitsy, which he also performed on the show in September, while wearing a bold red and black jacket – shirtless – and black sunglasses.

Father and son are publicly at odds over drill rap, with Adams calling the genre a glorification of violence. The politician was introduced to the genre by Coleman.

Jordan Coleman, 26 (pictured on Wednesday) who goes by Jayoo, appeared on Kënga Magjike, a singing show that translates to Magic Song, on Wednesday night 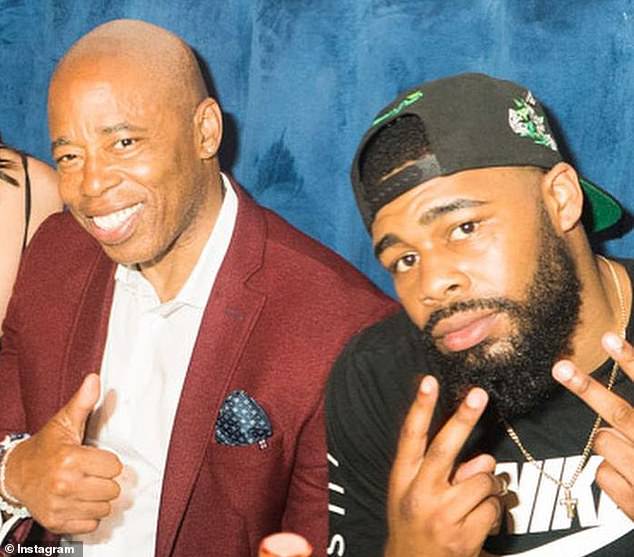 His father, Eric Adams, (pictured together) is publicly at odds with his son over drill rap, with Adams calling the genre a glorification of violence

He has since encouraged Twitter and Instagram to remove drill rap videos from the internet, saying he is “alarmed at the use of social media to really overproliferate this violence in our communities.”

“It contributes to the violence we see across the country. This is one of the rivers that we have to dam up,” he told a news conference in February.

“You have a civic and corporate responsibility,” he said. “We are alarmed at the use of social media to really overproliferate this violence in our communities. This contributes to the violence we see across the country.

His plea came after several drill rappers were attacked and killed in the city, including 18-year-old Jayquan McKenley, who went by Chii Wvttz. 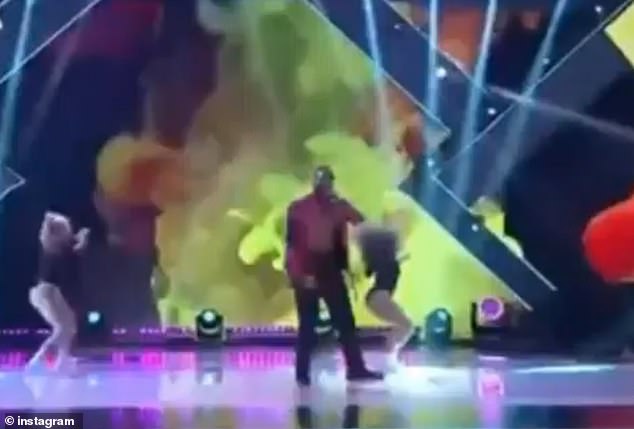 Coleman sang his song Itsy Bitsy, which features lyrics such as: “Itsy bitsy, wanna twerk that a** and shake them t**ies” 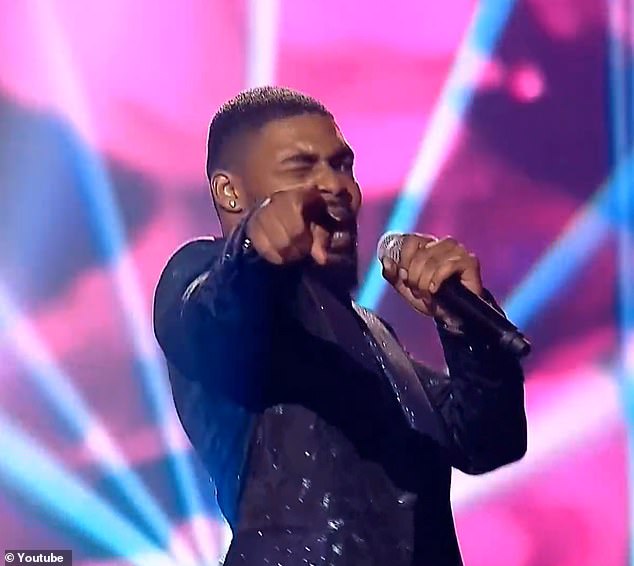 He also performed the song on the show in September (pictured)

McKenley was killed in an ambush while sitting in a parked car at the corner of Greene and Lewis Avenues in Brooklyn after completing a recording session at a nearby studio.

“I didn’t know Jayquan, but his death hit me hard because the more I learned about Jayquan’s story, the more I saw how many times he had been let down by a system that was supposed to help boys like him,” he said. said Adams. at the time.

The rapper said he texted his dad about the remarks and told Adams “you can’t speak for me.” 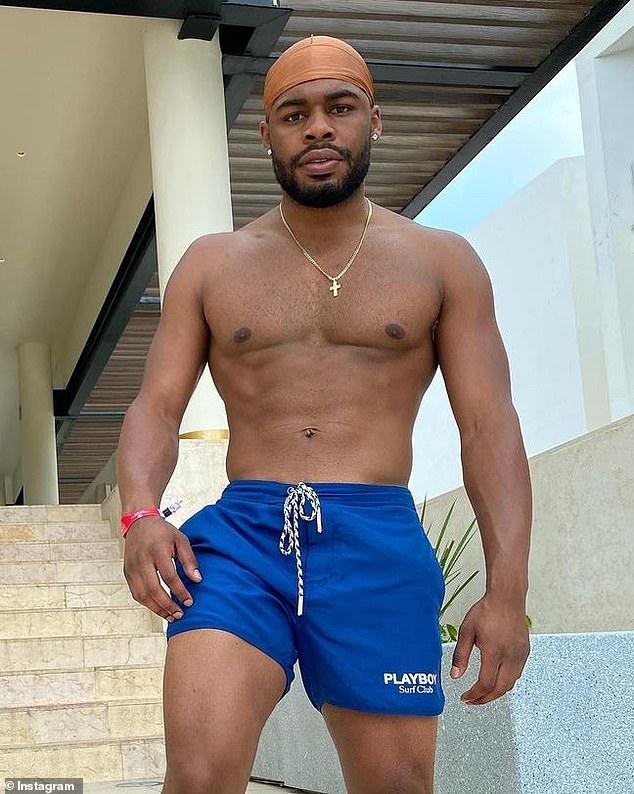 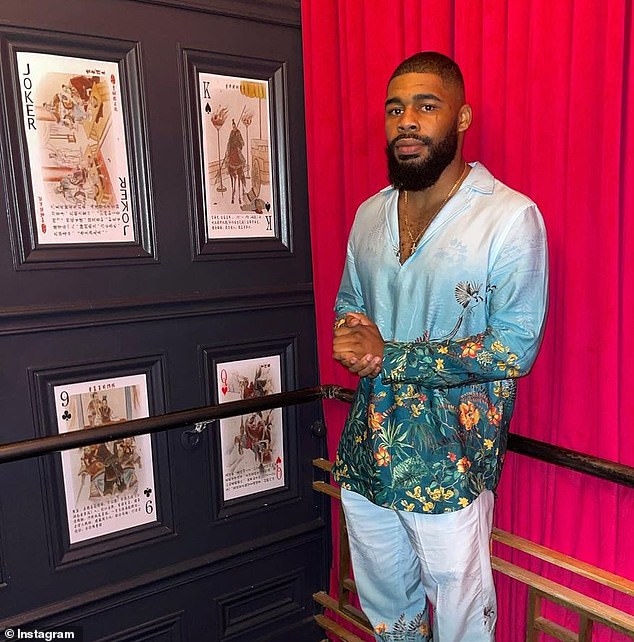 The rapper said he texted his dad about the remarks and told Adams “you can’t speak for me.” 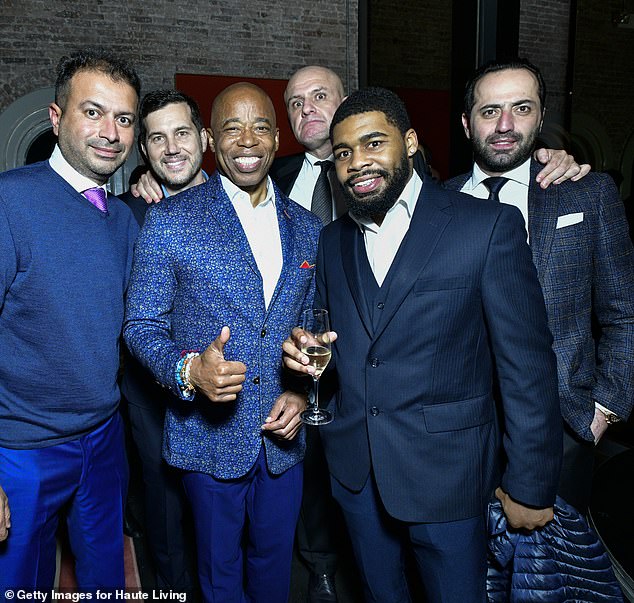 The pair (centre) are said to share a close relationship, apart from their difference over the rap drill

“I have drill rappers on our label as clients, and I love drill music. You can’t banish a genre. And I don’t know why you said what you said, but I I disagree,’ Coleman, who works for Jay-Z’s Roc Nation in the film department, told his father, according to Complex.

Adams, who is said to have a good relationship with his son, replied: “I understand what you are saying and you have the right to disagree”. We come from different times.

The drill rapper has been promoting his appearance on the Albanian show for months, saying he wants to be an “international rap artist” and that appearing on the show was an “important step in this direction”.

Coleman qualified for the final and will compete in the show’s finale on Saturday. 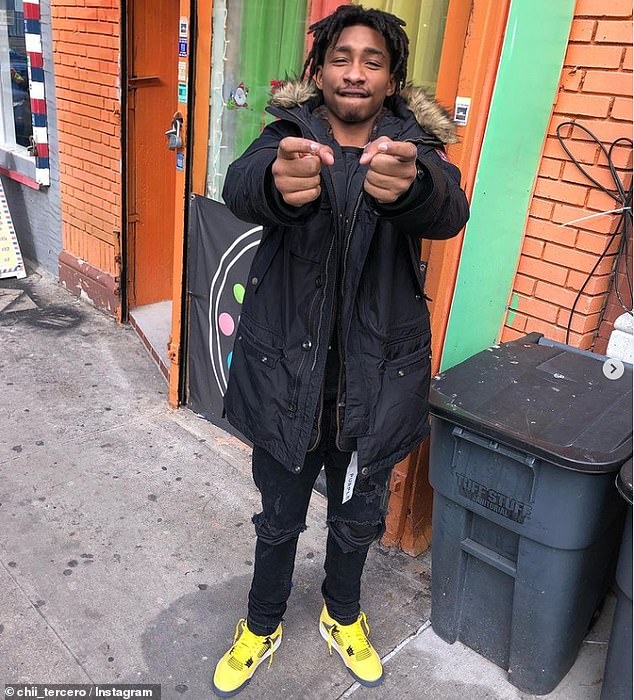 Adams’ call to ban drill rap came after several rappers were attacked and killed in the city, including 18-year-old Jayquan McKenley, who went by Chii Wvttz (pictured) 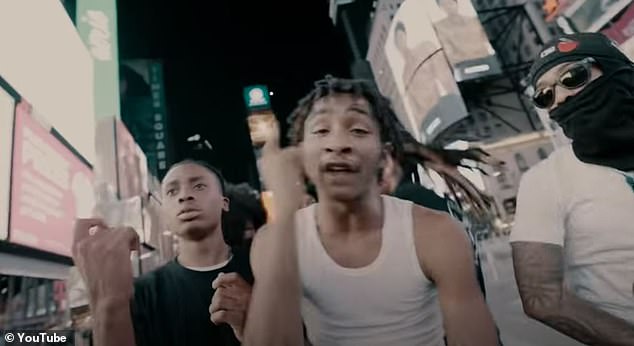 McKenley, who went by the name Chii Wvttz, was shot outside a recording studio in the Bedford-Stuyvesant neighborhood of Brooklyn in February.

What is drill rap music?

Drill music is a subgenre of hip-hop that is characterized by a dark, slow tempo, direct lyrics that focus on the dangers of criminal activity with an emotionless delivery.

The nihilistic style of rap began in Chicago in the 2010s but has since spread across the world.

The hip-hop style has garnered a strong following in Brooklyn and is accused of being a driving factor in the recent rise in gun violence affecting up-and-coming rappers.