Origin Energy will back Netball Australia after Gina Rinehart’s Hancock Prospects company withdrew its $15million sponsorship for the organisation.

The gas and power company will continue to be the naming rights partner of Australian Diamonds, Origin CEO Frank Calabria said on Tuesday.

“Just to be very clear, we will continue to support the national team, we will and also down to the local level,” Calabria said.

“We are very pleased with our relationship with Netball Australia.”

It comes after Ms Rinehart accused Netball Australia of flagging virtue after her players challenged her sponsorship deal over offensive comments from her late father.

The Diamonds national netball team has expressed concern over offensive comments made by Lang Hancock about Indigenous people in 1984.

Indigenous player Donnell Wallam has reportedly asked for an exemption to wear the sponsor’s logo on the team jersey, with her teammates backing her decision.

The $15 million deal was expected to be a lifeline for Netball Australia, which has lost $7 million over the past two years as Super Netball costs soared.

Wilkinson lent his support to Wallam on Sunday, telling his co-hosts on The Project, “The idea that sports, politics and social justice issues can be completely separated is really naïve.” 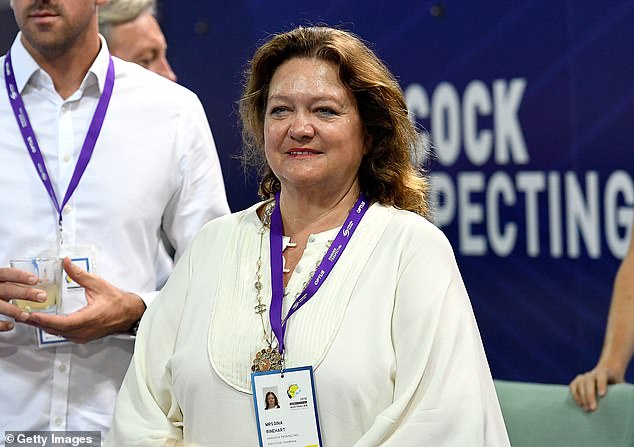 She then recalled several moments in history when athletes had taken a stand.

“You think back to the Australian teams that didn’t tour South Africa during the apartheid era,” she said.

“You even think of things like the big tobacco used to sponsor the NRL. It was called the Winfield Cup.

“Hancock and its Executive Chairman, Ms. Rinehart, consider it unnecessary for sports organizations to be used as a vehicle for social or political causes,” Hancock Prospecting said in a statement.

“First, because sport is at its best when it is about good and fair competition, with dedicated athletes striving for excellence to achieve their sporting dreams and represent our country to the best of their ability.” 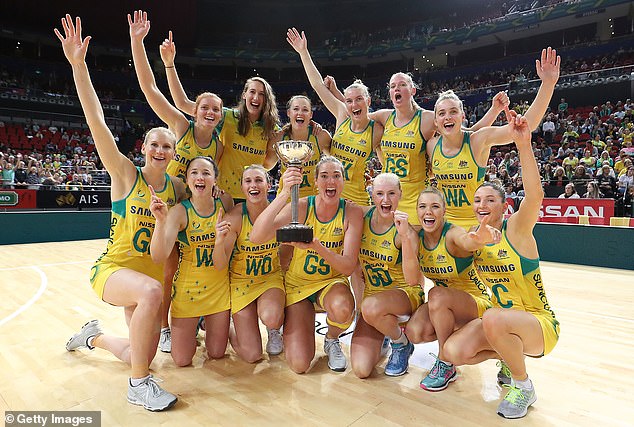 The billionaire drew an outpouring of support after her company Hancock Prospecting tore up its $15million sponsorship deal with Netball Australia on Saturday.

“Second, because there are more focused and authentic ways to advance social or political causes without virtue signals or for self-advertisement.”

Hancock Prospecting clarified that it did not insist on the logo being worn on sports shirts and said it had contributed to indigenous communities.

“For example, the meaningful engagement with local Indigenous communities undertaken by the Roy Hill Community Foundation in Hancock Western Australia to address their real needs,” the statement said.

“Third, because there are more impactful ways to make a beneficial difference.

“For example, Hancock’s holistic support for real programs, including Hanrine Futures – which provide a real pathway for Indigenous students through education and employment where they are assured of employment if they choose, at the end of their training.

“Blessings to Gina for stepping away from Netball,” Mr. Canavan tweeted.

‘Why would she support them if they didn’t wear her logo? Gina is a national hero and she uses her hard-earned wealth to support many worthy causes.

“I’m sure she will find other more grateful Australians to help her.”

MTG Will Be ‘Most Powerful’ House Speaker If McCarthy Wins