A woman who shot and killed an off-duty firefighter who was fighting on the ground with her boyfriend will not be charged, Missouri prosecutors have announced.

Anthony ‘Tony’ Santi, 41, died Oct. 6 outside a gas station and liquor store in Independence, Missouri – a suburb of Kansas City.

He was shot in the back by an unnamed woman as he wrestled her boyfriend, Ja’Von L. Taylor, 23, at around 2.30pm.

On Tuesday, the Jackson County prosecutor’s office said the woman would not face charges – after concluding that her actions were indeed reasonable.

They found they could not prove beyond a reasonable doubt that she acted outside Missouri law when she shot and killed Santi.

Anthony Santi, 41, was shot and killed on October 6 while attacking a man outside a gas station in Independence, Missouri – a suburb of Kansas City 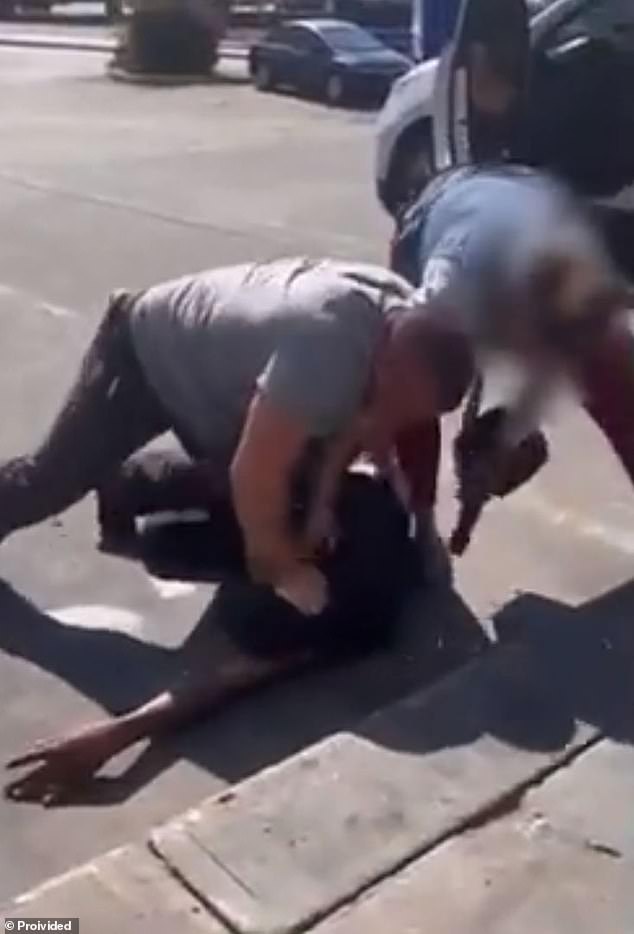 Taylor is on the ground, with Santi on top of him. Taylor’s girlfriend reaches out to grab Taylor’s gun

“We mourn with the family and community this tragic loss of Mr. Santi’s life,” the prosecutor’s office wrote in a statement to The Star.

“Missouri law governs this matter, particularly self-defense and defense of others, leading us to decline the charges after careful consideration.”

In the state, people can use firearms in self-defense if they reasonably believe deadly force is necessary to defend themselves or others.

Missouri is also a Stand Your Ground state – which means you are not required by law to retreat before using defensive force.

Kevin Jamison, author of Missouri Weapons and Self-Defense Law, said, “Technically it’s called the defense of justification and your justification is that you’re saving another person’s life.”

Under those rules, prosecutors ruled the unnamed woman was within her rights to act as she did on the fateful day.

A Kansas City woman was released tonight after protecting her boyfriend during a fight with a firefighter. The young woman seconds later killed the firefighter who has now been declared in self-defense. ⚠️ pic.twitter.com/tuxV15oTC1

The fatal incident began when the woman’s boyfriend walked into a gas station to buy cigars.

Taylor got upset when the gas station clerk said she didn’t have the product he wanted. She then asked him to leave.

Santi, who was off duty and in the store at the time, stepped in to help the cashier and asked Taylor to leave.

The couple started brawling and the fight continued outside. In the forecourt, the two men were on the ground fighting. 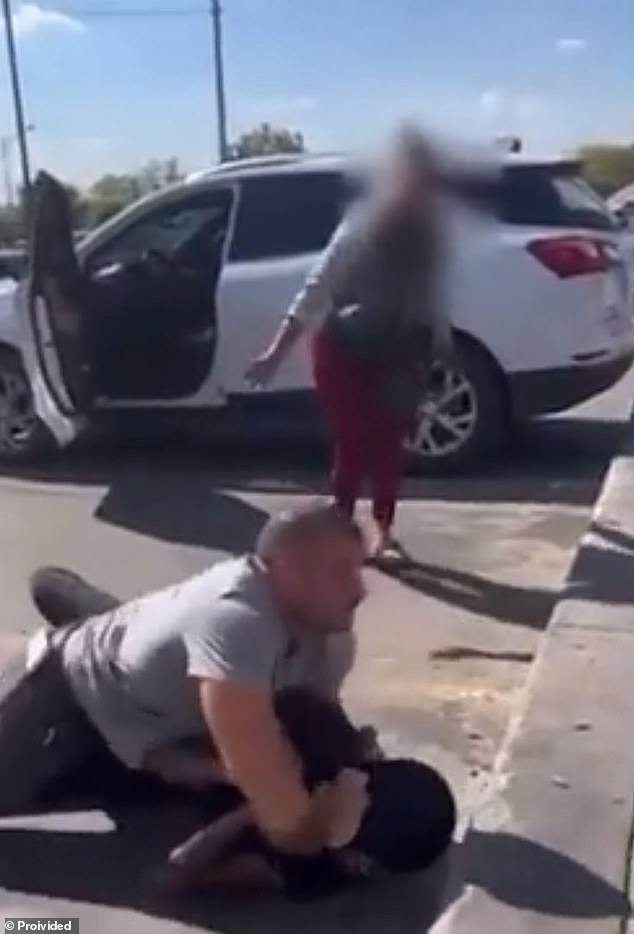 The woman, in red pants, shouts at Santi to leave her boyfriend, shouting that he is “killing him” 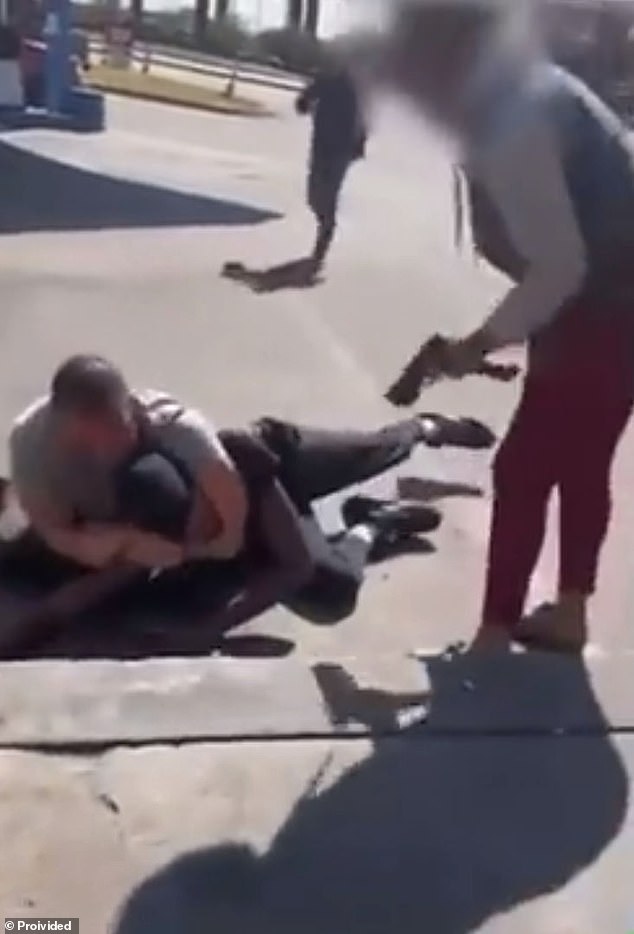 The woman stands over the pair, yelling at Santi to let Taylor go. When he refuses, the woman opens fire. She won’t face charges after prosecutors conclude she fears for Taylor’s life

Footage shot by a bystander shows Santi, who is white, overpowering Taylor, a slender black man, writhing on the floor.

Taylor’s girlfriend appears and can be seen in the footage shouting, “Stop!”

The boyfriend then hands her a gun in his pocket and she takes the gun.

Taylor, a felon convicted of armed robbery in May 2019, was banned from owning a firearm.

‘Stop!’ she yells at Santi, as he tries to put Taylor in a headlock. ‘Let him go! My kids are in the car! You kill him!

The woman then opens fire, shooting Santi in the back.

The Kansas City Fire Department said it was shocked and saddened by the death of Santi – Jillian Santi’s father and a longtime Kansas City resident who joined the agency in 2011.

“As a close-knit organization, we are shocked by yesterday’s tragic loss of FF Santi, and my deepest condolences go out to his family and friends,” Fire Chief Donna Lake said.

His obituary said he was “dedicated to helping people in his role” as a firefighter and paramedic.

His daughter was “the light of his life” and he had “an immense love for nature and the outdoors”. Police arrests in live streaming: is it unconstitutional?