A Russian financier who is thought to have drowned her seven-year-old son and hanged herself had been suffering from breast cancer, neighbours said today.

Banking analyst Yulia Gokcedag, 35, and her son Timur had been reported missing to the Metropolitan Police on Wednesday 12 August.

Police grew increasingly concerned about their welfare and broke into the £687,000 flat on the Isle of Dogs in east London the next day at 3.20am.

Ms Gokcedag and her son Timur were found dead inside the property, with a post-mortem giving their causes of death as hanging and drowning.

Friend and former colleague Agnieszka Leonowicz said she had been suffering from breast cancer but had been ‘doing fine’, while a neighbour said she had experienced depression several years ago.

A second neighbour told The Sun: ‘I know she had breast cancer. It was really sad. I can’t believe what has happened.’

Ms Gokcedag married investment banker Mehmet Gokcedag, 50, in 2011 and they moved to London a year later, according to online profiles.

Ms Gokcedag had shared Facebook photos of days out with her husband in London, a trip to his native Turkey and the couple cradling baby Timur after his birth in 2013.

It is not clear if they were still together prior to her death.

Yulia Gokcedag, 35, (pictured) and her seven-year-old son Timur had been reported missing to the Metropolitan Police on 12 August 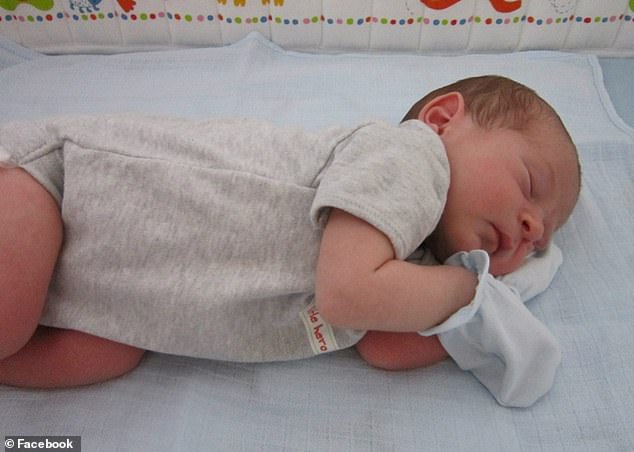 Ms Gokcedag last worked as a data analyst at Moody’s Investors Service and had won awards as a banker at Barclays, according to her Linkedin account.

She gained a finance and economics degree at the Moscow Financial University before doing an academic English course at the London School of Economics.

Prior to moving to the UK she had worked at two financial services companies in south-east Russia.

She was listed on Companies House as a British national and the director of two businesses.

One was an educational services company and the other involved renting Housing Association properties.

A neighbour told how the boy attended nearby Canary Wharf College Primary School where parents and pupils have been informed.

The woman, who lives opposite the flat where the pair were found, said: ‘I found out today that my best friend’s daughter went to the same school as the boy. 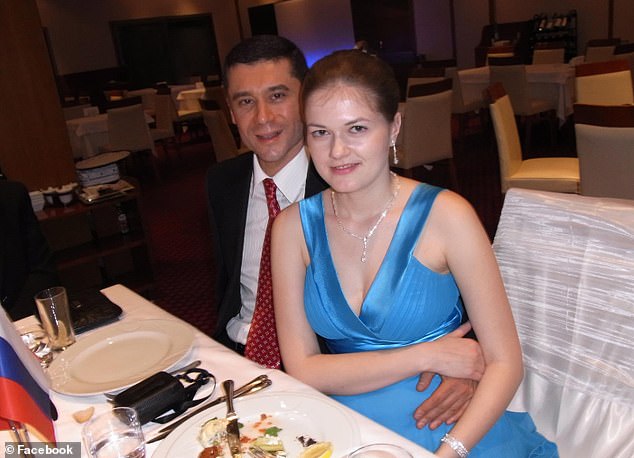 Ms Gokcedag was a banking analyst who had won awards while working at Barclays. She shared pictures of her and her husband, Mehmet Gokcedag, 50, enjoying life in London

‘The parents received an email announcing the death of the mother and the child.’

The woman, herself a mother but who asked not to be named, added: ‘My friend knew the mother and child, of course. Their children sat in the same salon. I think the parents had a WhatsApp group.’

The woman said she had lived in the building for four years, but did not recognise pictures of the mother.

A former work colleague described her as a ‘gentle, kind and very warm, ambitious young woman’.

‘We both speak Russian and have little ones so had tonnes to talk about,’ the friend told Sun Online.

She was a very proud and happy mother, she was always thinking of what is best for her family,’ she said.

‘She also had lots of experience and was a team player. I am very sad she is gone.’

Her husband, who is Turkish, has a degree from Yale University and is vice president of the investment bank Bear Stearns, according to his LinkedIn. 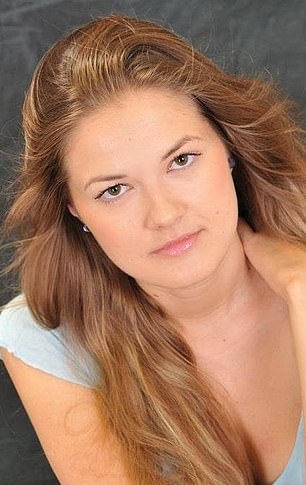 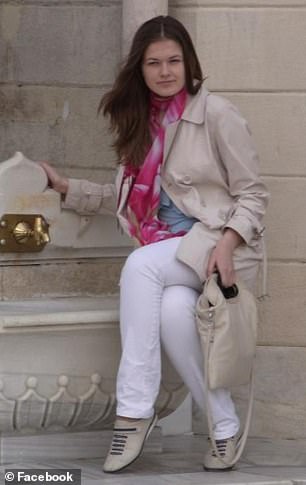 Ms Gokcedag and her son Timur were found dead inside the property, with a post-mortem giving their causes of death as hanging and drowning 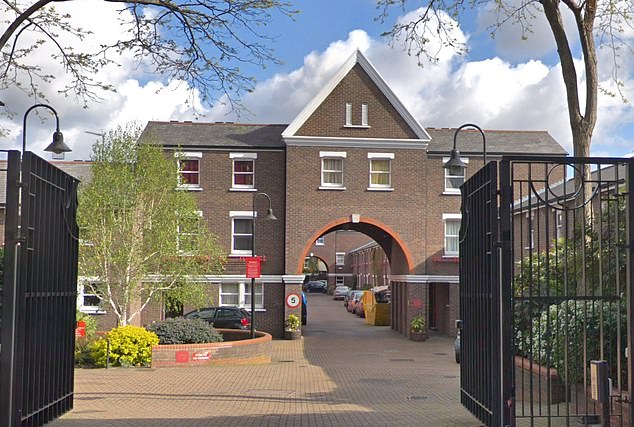 Police grew increasingly concerned about their welfare and broke into the flat in Lockesfield Place, Tower Hamlets at 3.20am on Thursday (file photo)

Mr Gokcedag is also trustee of Seeds for Growth, a charity which helps disadvantaged youngsters.

Inquests into the deaths are set to be held at Poplar Coroner’s Court on December 16.

The Metropolitan Police said that its directorate of professional standards (DPS) was informed.

A referral was made to the Independent Office for Police Conduct (IOPC) which referred it back to the local professional standards unit which is currently investigating.

A Scotland Yard spokesman said: ‘Officers forced entry to the property and found Yulia and her son Timur unresponsive.

‘Both were pronounced dead at the scene and an investigation was launched by the Met’s Specialist Crime Command. 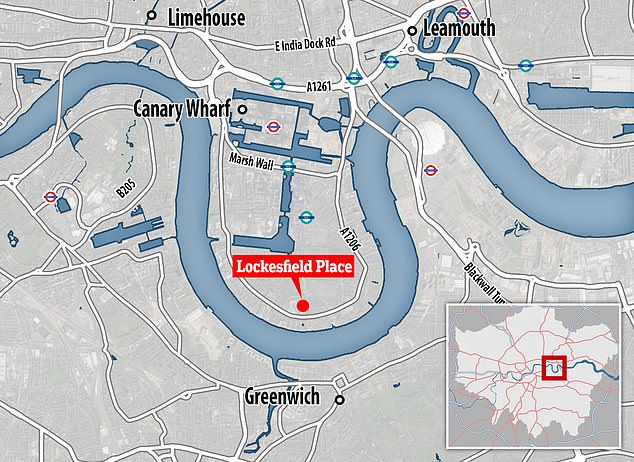 The location of Ms Gokcedag’s flat in Tower Hamlets, east London, where she was found dead with her son on August 12

‘Detectives investigating are not seeking any other persons in connection with the deaths.’

The Met spokesman added: ‘As is routine, the Met’s Directorate of Professional Standards was informed.

‘A referral was made to the Independent Office for Police Conduct (IOPC) who referred it back to the local professional standards unit who are currently investigating.

‘Inquests into the deaths of Yulia and Timur will be held at Poplar Coroners’ Court.’

An inquest has been scheduled and a file prepared for the coroner which will take place at Poplar Coroners’ Court on Wednesday, 16 December.

Anyone seeking help can call Samaritans free on 116 123 or visit Samaritans.org

Bank of England’s Andrew Bailey: ‘We are not out of firepower’ – business live | Business