A woman who held a birthday party for a five-year-old is among 192 people to have been fined for breaching Victoria’s draconian coronavirus restrictions.

Police found 12 adults and eight children when they went to a house in the Latrobe area of eastern Victoria.

The woman who organised the party was fined $1,652.

Regional Victoria is under stage three restrictions and residents are not allowed to have visitors inside their home unless they are visiting their partner or for compassionate reasons.

Police also fined seven youths holding a house party in Warrnambool and a Hawthorn woman who was found parked in St Kilda.

She had told the officer she was looking for a supermarket to buy toilet paper but got lost.

Of the fines, 20 were for not wearing a face mask outside of the home and 69 were for breaches of the 8pm-5am Melbourne curfew.

Victorian Premier Daniel Andrews said on Sunday the number of cases in the state was still too high to roll back restrictions.

He also warned Melbournians who basked in the city’s warm weather on Saturday to obey the stage four restrictions imposed until September 13. 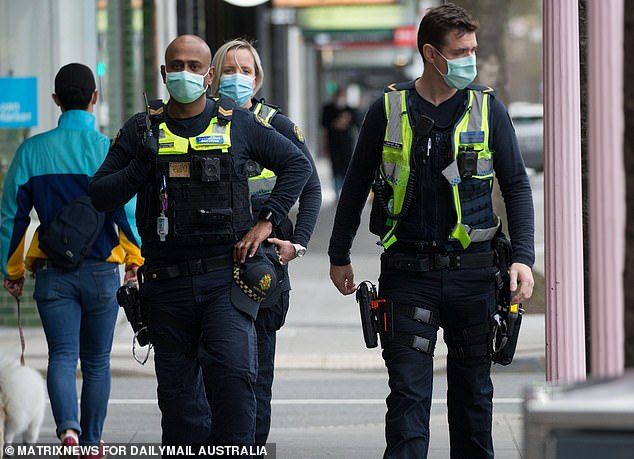 Police pictured in the Melbourne CBD on August 24. Victorian Premier Daniel Andrews has said case numbers in the state are too high to consider rolling back COVID-19 restrictions 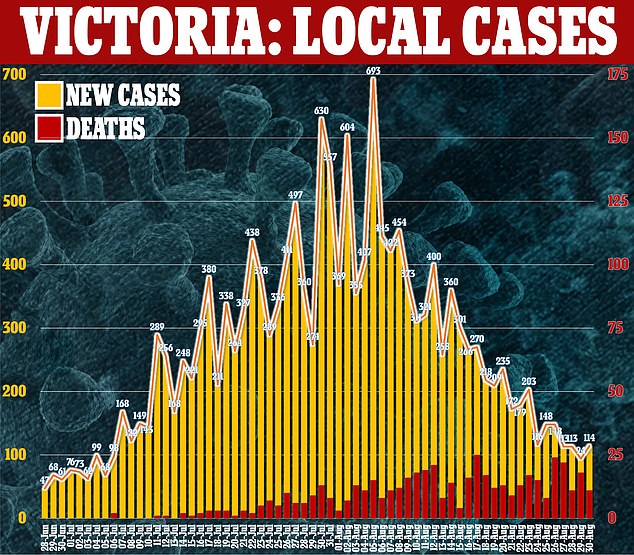 ‘We do not want that. No day at the beach is worth that.’

The figures, confirmed by the Department of Health and Human Services, bring the state’s toll from the virus to 524 and the national total to 611.

It follows 94 new cases on Saturday, which was the first day since July 5 that cases were in the double digits.

A slip in support for Black Lives Matter?

Give your face a gently rested look | Beauty