A Massachusetts human rights commissioner has resigned after mocking God as a “magical sky daddy” during a contentious debate over the city library’s Christmas tree.

Diane Loud stepped down from her role last week amid contentious debate which ‘turned neighbor against neighbour’ when it was revealed that Dedham Public Library would not put up its Christmas tree because some complained that the decoration made them uncomfortable.

Loud had publicly called library supervisor Lisa Desmond a “selfish f****** b****” on Facebook and accused her of putting the lives of library staff at risk after her complaints about the failure of the tree to climb had led to harassment.

‘For a tree? For a fucking mother tree? You put people’s lives in great danger. A LOT of danger,” Loud wrote. ‘Is that what you think your magic sky daddy wants? Where in the Bible was that again?

Dedham Library announced on Monday that it had reversed its decision not to put up its annual tree at its two locations after some accused them of having a ‘war on Christmas’. 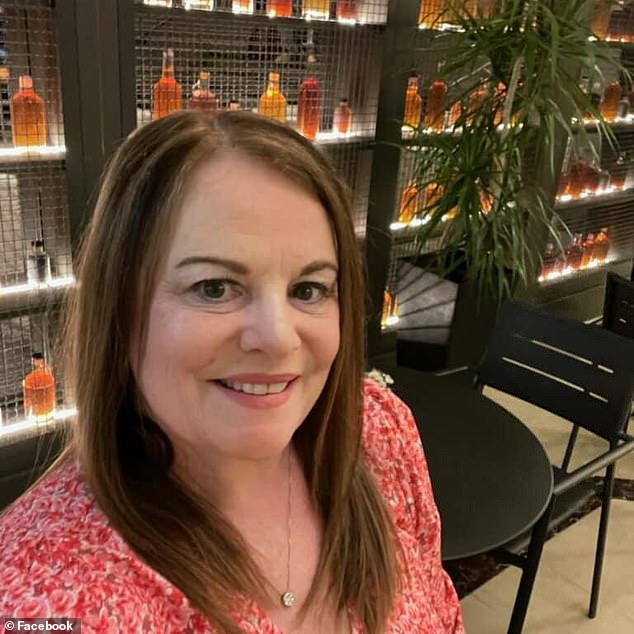 The controversial tree fallout began last week when library supervisor Lisa Desmond was told the tree would not go up this year. 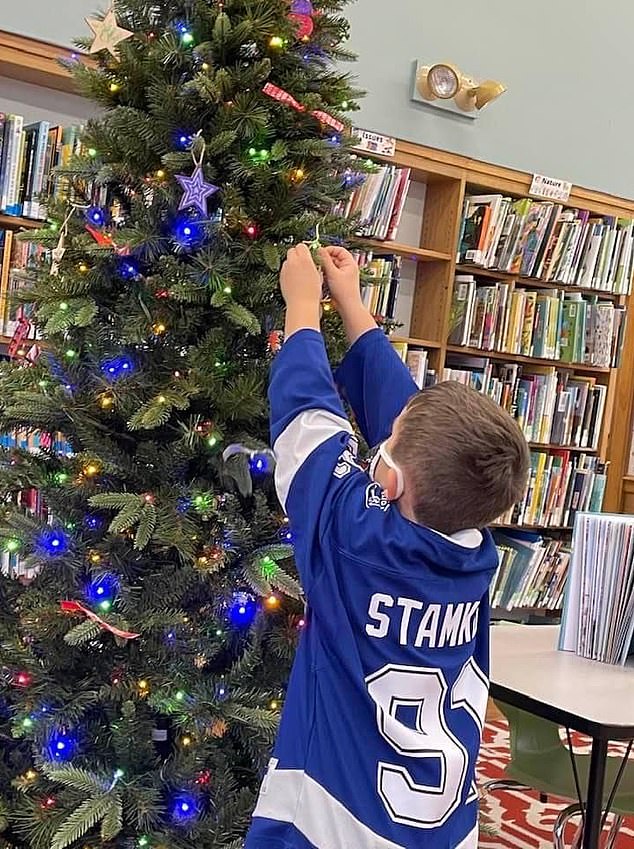 The Dedham Library in Massachusetts will display its annual Christmas tree after some complained the holiday symbol made them feel uncomfortable. Pictured: A child putting a decoration on the tree in December 2021

Loud continued his hateful comments by calling on everyone to support the Christmas tree trash can and ‘terrible people’.

“I hope the fact that you – who claim to believe in Christ and Christmas or any happy horse – are trying to hide behind – are the most ungraceful, hateful and disgusting trash in the world “, wrote Loud.

‘In closing, I would like to add a F*** YOU, YOU PIECES OF TRASH. I hate each one of you and I wish you great suffering. You are terrible, terrible people. And you did everything because you failed. You are despicable.

The controversial fallout over the tree began last week when Desmond was told the tree would not go up this year.

“I have never posted a negative message on Facebook. That is until now,’ Desmond wrote last week.

‘I learned today that my beautiful library will not have its Christmas tree this year. Zero explanation.

“When I asked I was told ‘people’ were uncomfortable last year watching it. I’m sorry WHAT? In my 28 years at the Dedham Public Library I I’ve never heard of a negative comment.” 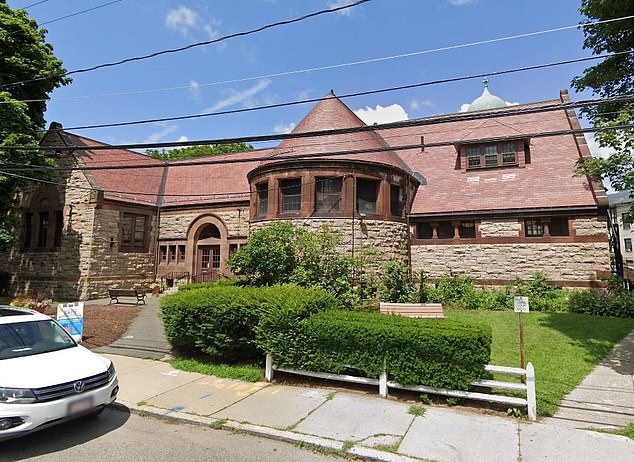 A library official made the announcement on Monday after staff members were harassed and intimidated for not posting the tree. Pictured: Dedham Public Library

Desmond explained that library officials have worked hard to make people from all walks of life feel comfortable while at the library.

“We celebrated and included everyone in our community. In fact, I was asked to host Juneteenth this year. What an honor. Those who know me and my family know that we celebrate Christmas Hanukkah.

“My Muslim friends and my West Indian friends invite me to their parties. What an amazing gift.

Desmond attached a photo of his son hanging an ornament on the tree last year.

“Those who know me know that I lead with positive intentions. I’m not feeling very positive today. Please bring Christmas back to my beautiful library. And always lead with love in your heart.

The library supervisor seemed pleased with the announcement, especially since the decision came a day before the library board meeting to discuss the controversial tree.

“Thank you all from the bottom of my heart for the outpouring of support,” Desmond wrote on Monday. ‘I am lifted up by all of you.’

She added that she would make a public statement about the tree at Tuesday’s meeting. 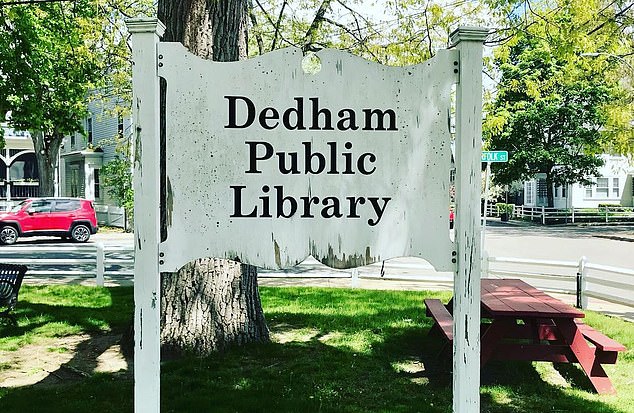 Desmond explained that library officials have worked hard to make people from all walks of life feel comfortable at the library.

The library supervisor seemed pleased with the announcement, especially since the decision came a day before the library board meeting to discuss the controversial tree.

Dedham Library announced on Monday that it had reversed its decision not to put up its annual tree at its two locations after some accused them of having a ‘war on Christmas’.

A library official said the decision not to display the Christmas tree came in the spring when staff members were examining their holiday decorations and called the fallout on social media “unfortunate”.

“At Dedham Public Library, we do our best to respect the wide variety of views and beliefs in our community, including those who choose to celebrate Christmas and other winter holidays,” wrote the library director in a statement. “To be clear, there is no Christmas ban at Dedham Library.”

Dedham officials announced last week that the controversial subject had led to library staff being targeted and intimidated.

In Monday’s statement, the library director echoed the negative impact of the attacks on staff.

“What happened on social media is unfortunate, it had a negative impact on our staff and the community, and frankly, it happened before we even started our seasonal decorating,” the manager wrote. from the library.

“As we finish decorating for this holiday season, Christmas trees will be set up at both locations.

“Going forward, we will continue to review decorations and displays to ensure they are welcoming, enriching and reflective of our entire community.

“I want to thank those members of the public who have reached out to share their views. We will strive to improve communication with community members and invite them to attend library board meetings where open dialogue can take place.