During their day off on Monday, with a potential elimination game looming, the Rays did their best to distract themselves from their World Series deficit. They gathered in an area of their quarantine hotel near Globe Life Field in Arlington, Texas, for a catered meal of local food. “I liked the barbecue a lot,” said Rays Manager Kevin Cash, who had grown tired of the room service food from the hotel.

Most of the team sat around, ate and talked, which was a good opportunity to relax and get their minds off baseball, said shortstop Willy Adames. Some players have said throughout this unusual season that it has been harder to get their minds off work, particularly when they’re struggling, because of the health and safety restrictions that have confined them to their hotel or stadium on the road. They can’t go on walks, meet up with friends or family or go to a restaurant like they used to.

“We didn’t really talk about baseball,” Adames said. “We were just talking about life and a lot of stuff. It’s always good to learn from the old guys.”

Asked who those old guys were, Adames, 25, listed pitcher Charlie Morton, 36, who is slated to start a potential Game 7, and then said that almost everyone on the team was older than him.

Among those players is first baseman Ji-Man Choi, 29, a left-handed hitter who is in the leadoff spot for the Rays on Tuesday night against the Dodgers’ right-handed starter, Tony Gonsolin. “We’re just looking for a spark,” Cash said.

Choi, who had mostly been in the cleanup spot this month, is hitting .263 with two home runs and nine walks this postseason.

As far as the team’s mood facing elimination, the Rays insisted they felt as relaxed as usual. “It’s pretty cool to see a team not waiver too much,” said Rays catcher Mike Zunino. 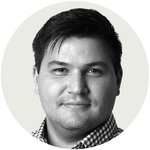 The Dodgers’ last title was in 1988 — when Tommy Lasorda was their manager and pitcher Orel Hershiser their star — but they have come close a few times since.

In the 2018 World Series, they were dispatched in five games by the Boston Red Sox, one of the most successful teams in baseball history. In the 2017 World Series, the Dodgers came even closer to snapping their title drought by forcing a Game 7 against the Houston Astros but then losing that final contest, 5-1.

But both of those teams, the Astros in particular, now have clouds hanging over them. Both have been penalized by Major League Baseball for sign-stealing schemes that broke the rules in each of those seasons. (M.L.B. Commissioner Rob Manfred wrote in his report on the Astros that their rule-breaking continued during the 2017 postseason, but concluded in his later report on Boston that the evidence was insufficient to prove that the Red Sox used in-game video to decode signs during the 2018 postseason.)

Regardless, the Dodgers — one of M.L.B.’s marquee franchises and one of its top spenders year-in and year-out — are one win from winning a title they have so desperately sought and were frustrated they couldn’t claim before.

Google to feature song on homepage for first time