A zoo in Ukraine is about to make the heartbreaking decision to kill its lions, tigers and bears after repeated shelling by Russian troops.

There are fears that wild beasts could otherwise escape into shattered Kharkiv, threatening local populations who already live in horrific fear of Vladimir Putin’s missiles and bombs.

Their cages are holed by more than five weeks of bombardments in the infernal war zone and it is a “miracle” from which they have not escaped. 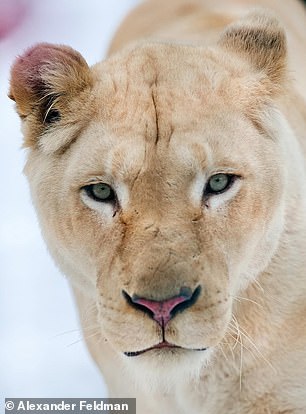 The zoo owner said: “Miraculously the tigers and lions survived. Their cages are very damaged’

“One more shelling – and the lions, tigers, bears, maddened with fear, can be free and head for Kharkiv or the nearby villages,” said zoo owner Alexander Feldman.

“We cannot allow this. There is no solution to the problem today.

The zoo – called Feldman Ecopark – has evacuated some animals, including kangaroos, and is desperate to relocate the biggest predators in the Poltava region to a former equestrian complex, but fears this may not be possible. 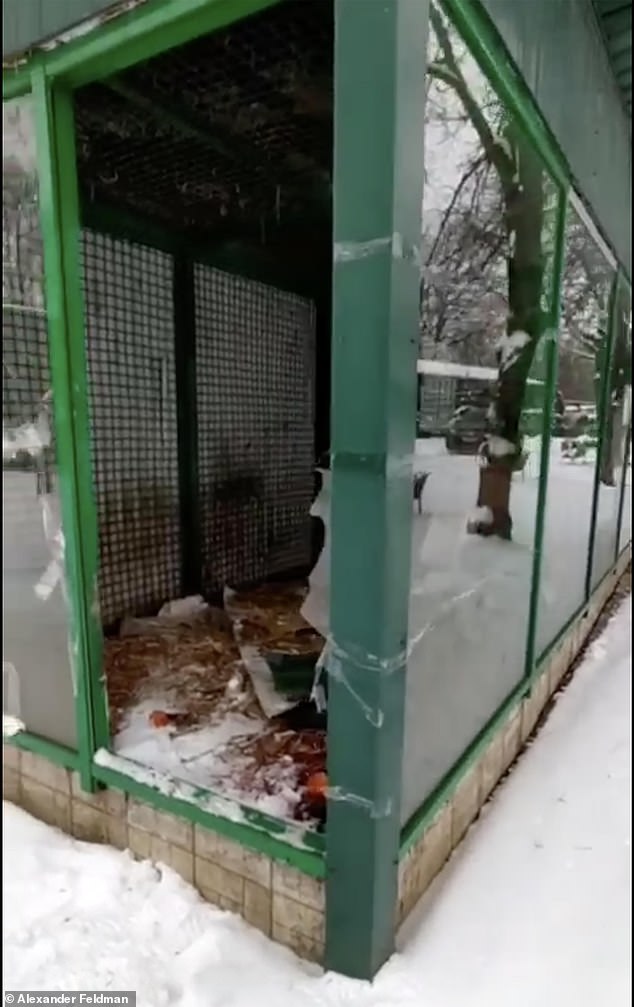 The owner of the popular zoo said: ‘Feldman Ecopark no longer exists. Now that can be said with certainty’ 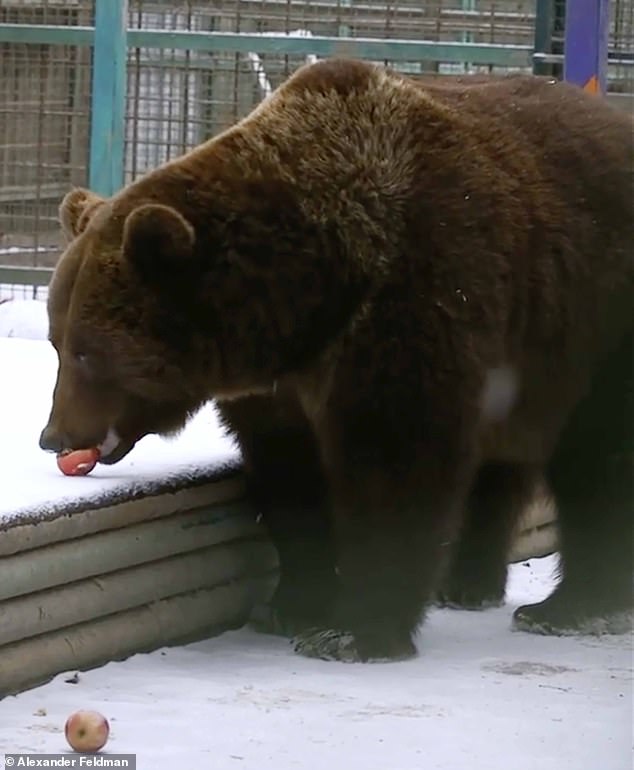 Zoo in Ukraine set to make heartbreaking decision to destroy its lions, tigers and bears after repeated shelling by Russian troops

“It’s incredibly painful to talk about it, but the main priority now is people’s lives.”

He added on a video: “After yesterday’s massive bombardment by missiles and planes, the [zoo] is practically destroyed. 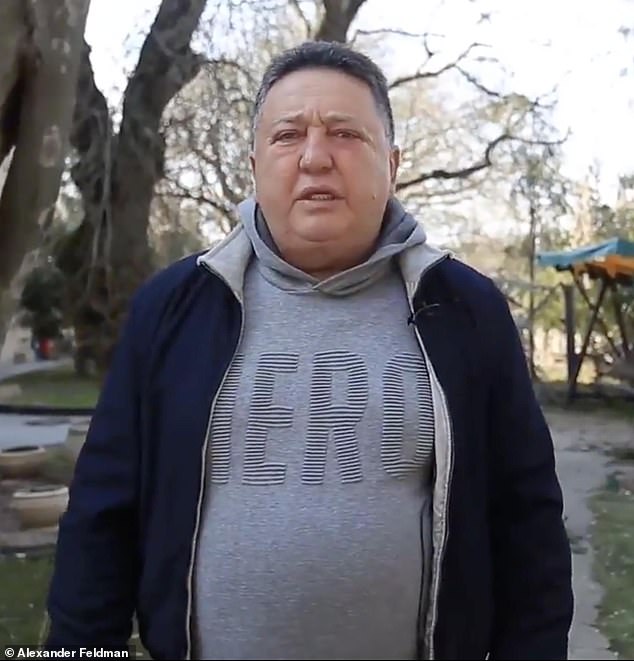 “Another bombardment – and the lions, tigers, bears, maddened with fear, can be free and head for Kharkiv or the nearby villages,” said zoo owner Alexander Feldman (pictured) 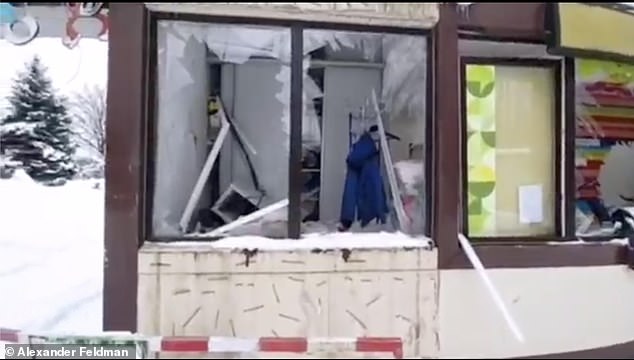 Feldman said that “after yesterday’s massive bombardment by missiles and aircraft, the [zoo] is practically destroyed” 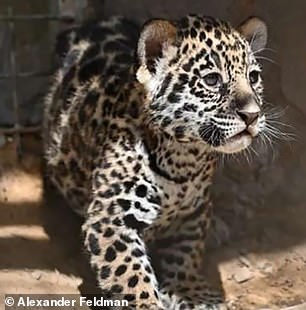 “The aviaries have been destroyed. All infrastructure was destroyed.

“By a miracle, the tigers and lions survived. Their cages are badly damaged.

“By tonight, we will decide whether to put the bears to sleep or move them. If there are any ideas, maybe we’ll save some and try to save the little jaguars.

‘Maybe we’ll save the little panthers. But all the other animals risk being destroyed.

The owner of the popular zoo said: ‘Feldman Ecopark no longer exists. Now this can be said with certainty. 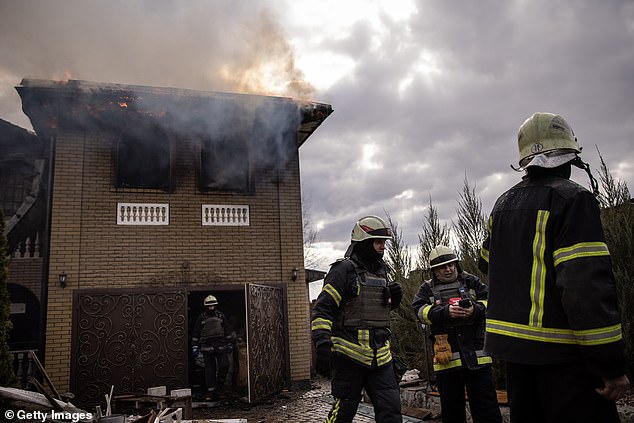 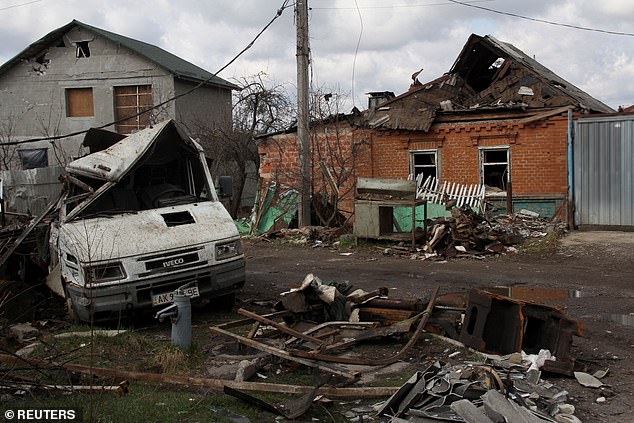 A damaged car and building are seen, amid Russia’s invasion of Ukraine, in Kharkiv, Ukraine yesterday

A van driver fleeing with the frightened kangaroos said: “It’s been a month since the war started and we continue to evacuate the animals.

“These kangaroos are already safe,” the zoo said. “It’s very good, because their enclosures have unfortunately been bombed several times. We think now they will be fine.

A statement read: “A big thank you to the volunteers and staff who take the risks to save the animals, and to our many friends – caring individuals, businesses and non-governmental organizations who help us financially and make our operations safe. possible rescue. 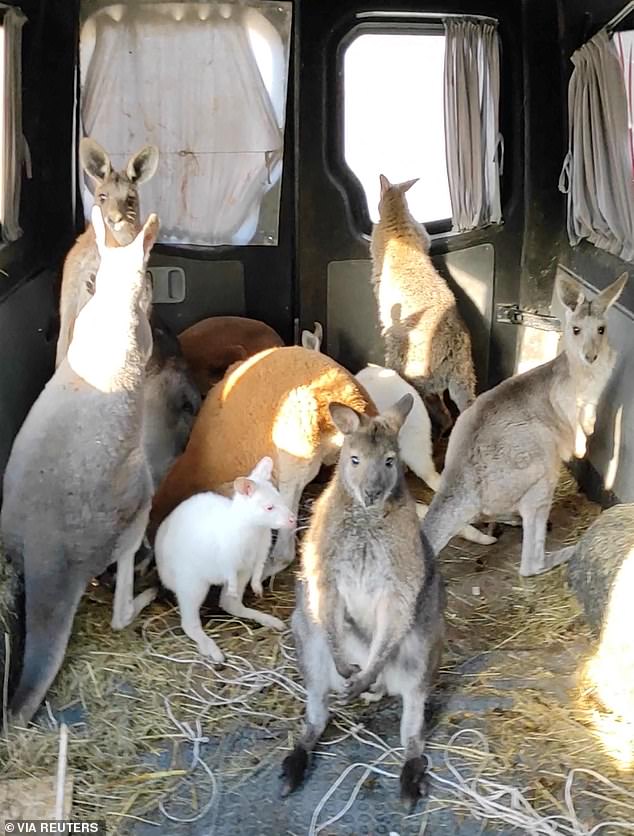 A van driver fleeing with the frightened kangaroos said: ‘It’s been a month since the war started and we continue to evacuate the animals’

While kangaroos were rescued from Feldman Ecopark, some were unfortunately killed in the attacks.

“We cannot avoid tragedies,” a spokesperson said at the time. “Four deer and three Welsh goats fell victim to another barbaric bombardment.

“The list of abuse victims among our pets is growing – it already includes big cats, primates, ungulates, marsupials and birds… Feldman Ecopark has been on the line for the past month .”

The zoo once had more than 300 species.

Mr. Feldman asked for financial help to save all possible animals from Russian bombs – https://feldman-ecopark.com/en/donation/.

It comes as Ukrainian emergency services released photos of dead animals in Chernihiv, suggesting domesticated creatures were killed by Russian troops as shells littered the area.

The message read: “Chernihiv region, our land is unhappy… Shells in every cellar, in every nook and cranny… Poor demilitarized domestic dogs and cows that did not threaten anyone.”

“Unlike us humans, animals do not feel hatred for these creatures that came to our Ukraine for one purpose. And even they, those cows and dogs, were destroyed.

The Russian death toll in Ukraine is approaching 20,000, according to kyiv, as Ukraine continues to push back invading troops from the Kremlin and retake “key ground” around the capital and Chernihiv.

If Boris Johnson is ousted, who can replace him?