Illinois’ richest man leaves the state and takes his billion-dollar hedge company with him to Florida amid rising crime in the Windy City.

In a memo to employees, Ken Griffin announced he and his family would be moving to Miami, Florida — and said the headquarters of his Citadel hedge fund and trading company Citadel Securities would move with him.

“Chicago will continue to be important to the future of the Citadel, as many of our colleagues have deep ties to Illinois,” he wrote in the memo, according to the Chicago Sun-Times.

“Over the past year, however, many of our Chicago teams have requested relocations to Miami, New York and other offices around the world.”

He went on to call Chicago a “remarkable home” for Citadel and hailed past support from political and business leaders.

But in the past, Griffin, 53, has spoken out against Chicago’s growing crime problem – with violent crime up 34% from a year ago.

He even suggested in April that he was considering leaving Windy City, saying the crime problem makes it difficult to attract talent.

Griffin didn’t mention the city’s spiraling crime in his memo, but senior executives say it was likely one of the main reasons he decided to move the company, though they also note that Florida has no state income tax, which would allow Griffin to grow his wealth even further.

Ken Griffin, 53, the richest person in Illinois, announced on Thursday that he was moving his family and the headquarters of his hedge fund to Miami

Instead, Griffin simply called Miami a “vibrant and growing metropolis that embodies the American Dream”. ‘

He said the company’s new location in Brickell Bay will be in the heart of the city’s business district.

The company has already had a presence in Miami since March 2020, when employees began working there from a high end at the start of the pandemic.

But Griffin has now hired Chicago-based developer Sterling Bay to build a new headquarters, and in the meantime, he said in the memo, Citadel will lease space in Miami until the building is complete. .

The move is expected to take several years, as the companies have more than 1,000 employees in Chicago.

It will deal a major blow to the state’s tax collection efforts, as Griffin has a net worth of around $25 billion and is among the 50 richest people in the world, according to the Wall Street Journal, and comes on the heels of Chicago. region losing the headquarters of Boeing and Caterpillar.

And though he didn’t mention it in his memo, the Journal reports, top executives believe the city’s rising crime could be a factor — though they also note that Florida has no state income tax, which would allow Griffin to keep more of his income. . 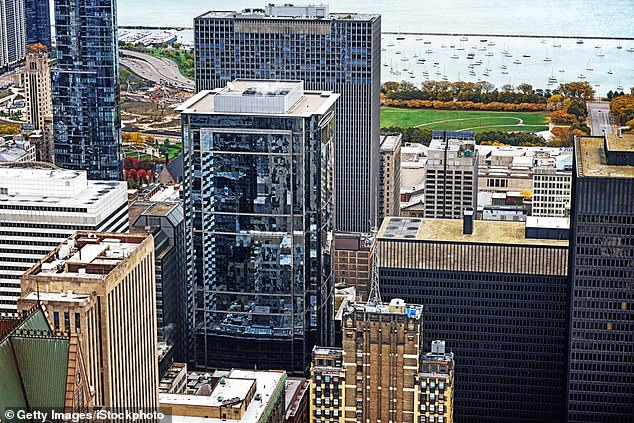 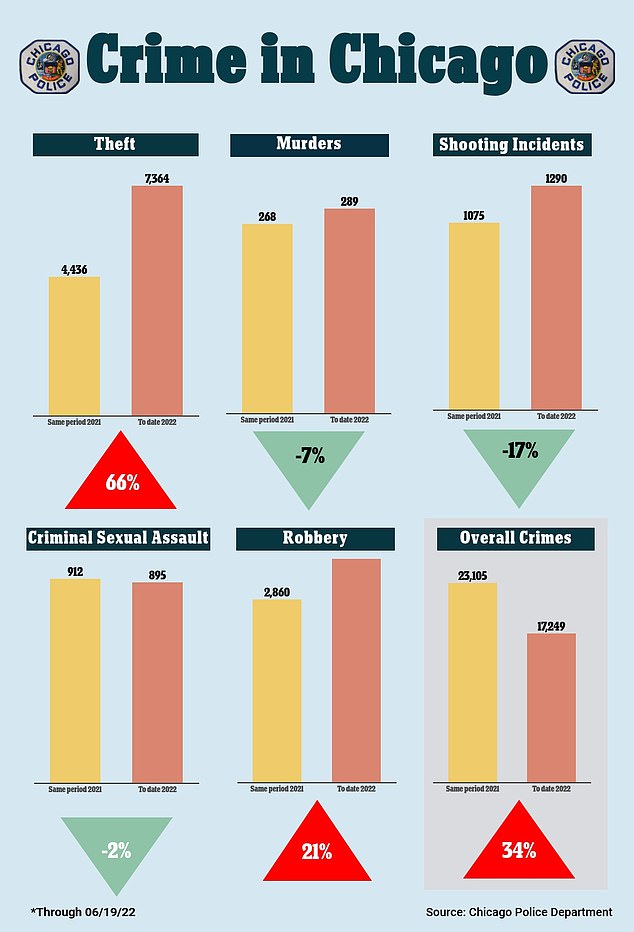 Griffin has been a staple in Windy City for years.

He founded the Citadel Fund in Chicago in 1990, and it has become one of the most successful alternative investment vehicles for high net worth individuals and institutions worldwide.

Citadel is one of the most successful hedge fund companies today, managing $51 billion in assets and consistently outperforming its competitors. In fact, the company has continued to perform well even when the economy is crashing, with executives recently reporting that its assets grew by 13%.

In 2002, Griffin founded Citadel Securities, which became the world’s leading market maker. In January, it was valued at $22 billion.

Griffin has since donated about $500 million to local causes and plans to donate more.

He paid for the construction of 50 miniature football fields across the city and helped separate cyclists and runners along the Lakefront Trail, according to the Sun-Times, and he supported food programs during the pandemic.

The local Museum of Science and Industry even said it would be named after Griffith after he donated $125 million, but the museum has yet to do so, according to the Sun-Times. . 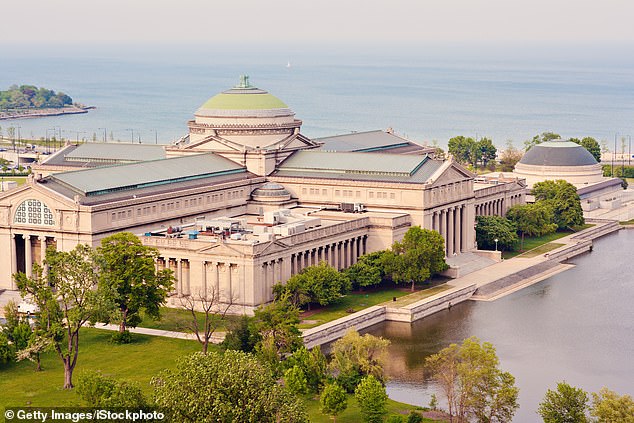 Griffin has been a Windy City staple for years, having founded the Citadel Fund in Chicago in 1990. Since then, he has spent around $500 million on local causes, and the Chicago Museum of Science and Industry has said he would name himself after him after he donated $125 million 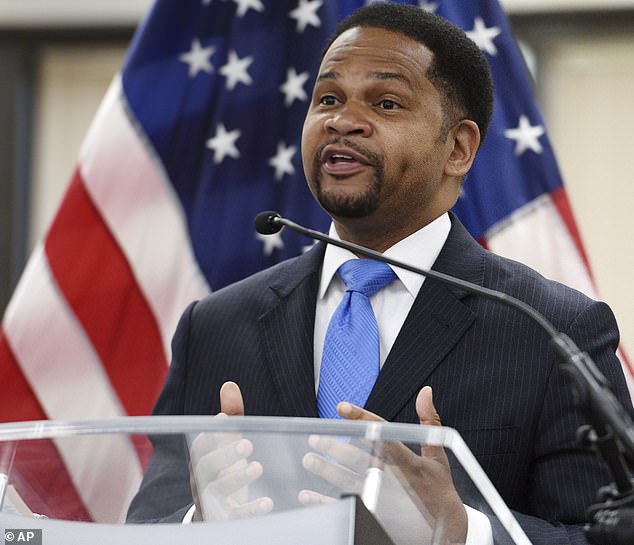 Griffin donated $50 million to the campaign of Republican gubernatorial candidate Richard Irvin (pictured in 2020), who called on the governor to adopt soft-on-crime policies

But recently, Griffin spoke about Chicago’s growing crime problem and even hinted to the Journal in April that he was considering leaving town.

“If people aren’t safe here, they won’t live here,” he said at the time. “I have had several colleagues attacked at gunpoint. I had a colleague stabbed on the way to work. Countless burglary problems.

“I mean, it’s a really tough backdrop from which to attract talent to your city.”

He added that carjackers once approached his security department but failed to obtain his vehicle, and Citadel executives cited crimes near the homes of several employees, while also noting that the Dearborn Street headquarters was vandalized by rioters in 2020.

Crime in the city has now climbed 34% this year. Thefts, burglaries and burglaries all increased significantly to 65, 31 and 21%, respectively.

Griffin also attacked Illinois Governor JB Pritzker for having no strategy to deal with the crime wave, and dumped $50 million into the campaign of Republican gubernatorial candidate Richard Irvin, who also lambasted the governor for his soft-on-crime policy.

“We have a governor who wants to handcuff the police, rather than handcuff those who commit crimes, emboldening the very criminals who terrorize neighborhoods,” Irvin said at a campaign stop last month, vowing to reverse that. which he considers to be “anti-police policies. 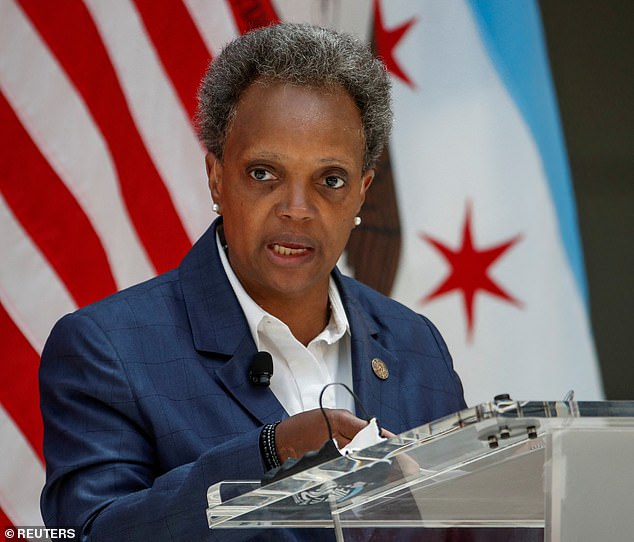 In a statement following Griffin’s announcement, Chicago Mayor Lori Lightfoot’s office appeared to downplay the impact the move would have on the city. His office said the departure was “disappointing”, but said the “economic outlook for the city has never been stronger”.

In statements following Griffin’s announcement that Citadel is leaving the Windy City for a warmer climate, local and state officials appeared to downplay the company’s loss.

Emily Bittner, spokeswoman for Governor Pritzker, said in a statement: ‘Countless companies call Illinois home and we continue to lead the country in corporate relocations, and have seen a record number of start-ups. businesses over the past year.”

She noted that Kellogg, the cereal and snack maker, announced that the largest of the three companies being spun off will be based in Chicago.

“We will continue to welcome these companies, including Kellogg, which this week just announced the relocation of its largest headquarters to Illinois, and support emerging industries that are already creating good jobs and investing billions in Illinois, such as data centers, electric vehicles and quantum computing.’

“Citadel management has been reporting an enhanced presence in Florida for some time, and while this announcement is not surprising, it is still disappointing,” the office said.

“We thank the Citadelle team for their contributions to our city and their many philanthropic commitments, particularly around education, arts and culture and public safety.

“We know that Citadel will maintain a significant presence in Chicago, and their story would not be possible without the great strengths of our city.”

He added, “Our economic outlook has never been stronger and we will continue to build on a top-notch recovery in the country among major American cities.”