“We make it clear again tonight that no matter how long it takes – no matter where you hide – if you are a threat to our people, the United States will find you and eliminate you,” Biden said.

The president addressed the country on Monday evening, delivering his remarks outside after testing positive for coronavirus again.

Al-Zawahiri replaced Osama bin Laden as head of the al-Qaeda terrorist network, which continues to sow terror around the world.

Osama bin Laden sits with his adviser Ayman al-Zawahiri, an Egyptian linked to the al-Qaeda network, during an interview with Pakistani journalist Hamid Mir (not pictured) at an undisclosed location in Afghanistan. (Photo by Visual News/Getty Images)

Biden recalled that al-Zawahiri was involved in the bombing of the USS Colebombing embassies in Kenya and Tanzania, and appearing in recent videos calling for new terrorist attacks on the United States.

“Now justice has been served and this terrorist leader is no more,” Biden said.

He praised the “superb patriots” of the counter-terrorism team for their successful operation.

“No member of his family was injured and there were no civilian casualties,” he said of the “carefully planned” operation to kill al-Zawahiri in Kabul, which he authorized.

Biden used the news of the successful operation against al-Zawahiri to defend his withdrawal from Afghanistan.

“When I ended our military mission in Afghanistan nearly a year ago, I made the decision that after 20 years of war, the United States no longer needed thousands of boots on ground in Afghanistan to protect America from terrorists who seek to harm us,” he said. 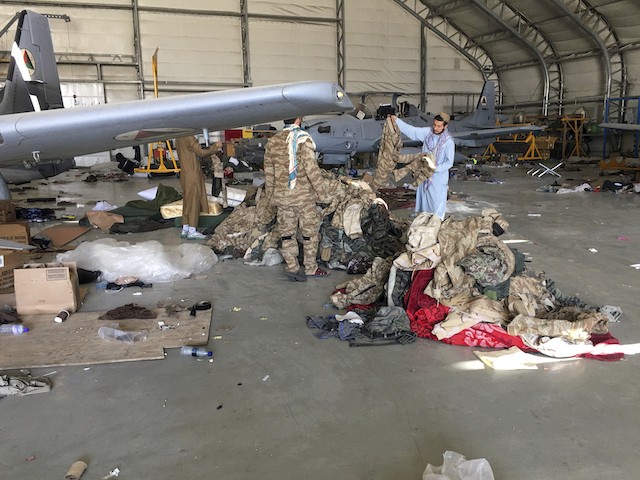 Biden also vowed that Afghanistan would never be a staging ground for future terror attacks.

“We will never again allow Afghanistan to become a haven for terrorists,” he said.

During his speech, the president did not mention the 13 soldiers who were killed during his disastrous withdrawal from the country.

Biden recalled the September 11 attacks and said he hoped the victims’ families would find “a sense of closure” in the news.

“We never will. We will never give up,” he concluded.

How a military veteran battling PTSD built a castle on a mountain and rebuilt his life, one stone at a time