“James Bond is a simp” in No time to die, the latest film in the spy franchise, director Amanda Milius told Wednesday’s edition of SiriusXM Breitbart News Daily with host Alex Marlow.

Milius described how Hollywood’s undermining of the classic attributes of the iconic character is part of a larger cultural campaign to recast popular mythologies to conform to leftist doctrines of “awakening.”

She continued, “They have to kill James Bond. They have to give him a fuck before they finally kill the whole show. … The point of culture and Hollywood, right now, isn’t just … doing things. movies you [don’t] wanna see, but that’s to take your icons – Superman is gay, James Bond is a simp – everything is the opposite of what it was meant to be.

She said, “I can’t even enjoy the luxurious experience of washing a billion dollar movie, because I’m [watching] silly chick on a motorbike uttering silly liners over her shoulder to dress the white-cis James Bond who just passed her time.

“I can’t just enjoy the lovely movie without the nausea of ​​the generation we belong to,” she added. “In the end, they had to kill the idea of ​​James Bond. You no longer have the right to be a heartless bachelor who is just cool.

“They have to reverse the mythology,” she said. “They have to kill your mind, and you have to watch them do it and pay them for the fun of it.”

She said, “The importance of creating myths for a culture… is something that everyone studies at a really basic level in college. This is a really important thing. How can you have a healthy culture when the stories you tell its citizens are so unhealthy and twisted? “

“We are in the dark ages,” Milius said of the degradation of American culture. “We’re not going into the dark ages, we’re in the dark ages, and it’s not even like they’re fabricating this stuff to please this audience and ignore our people.” They specifically take whatever you love and whatever was actually a cultural landmark for the United States – or just Western civilization, in general – and subvert it, knocking it down and raping its dead carcass in front of you. and making you watch. It is so dark.

Milius, director of The plot against the president, recalled how the producer of Real time with Bill Maher demanded that she hype the events of January 6 on Capitol Hill as a condition of participation on the show. 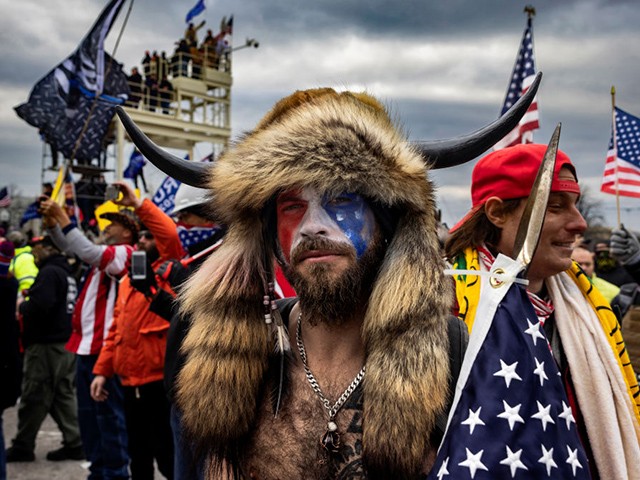 She shared, “When I was trying to go on Bill Maher for the Russiagate stuff – because he was woken up about it – I had this crazy conversation with his producer and they were like, basically, “You can’t come on the show unless you’re willing to say January 6th is the worst thing that ever happened, worse than WWII, blah blah blah ‘and I was like,’ No, I don’t even think about it, because it was just stupid. ‘”