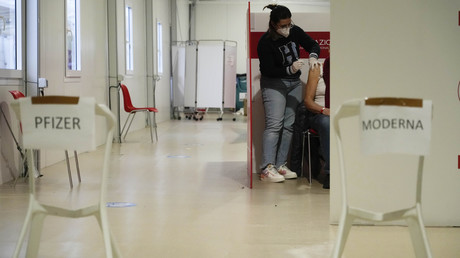 While a “health super pass” reserved for people vaccinated or cured of Covid should soon come into force, a resident of Piedmont tried to deceive the vigilance of a nurse. He will have to answer “in front of justice”.

An Italian fiftieth from Piedmont wishing to obtain the precious health pass tried in vain to be vaccinated on a silicone prosthesis, as reported this December 3 Alberto Cirio, president of this region in the north-west of the country.

In a publication on his Facebook page, the latter expressed his anger at the gesture of his fellow citizen: “This affair would border on the ridiculous if we did not speak of a gesture of enormous gravity and unacceptable in the face of the sacrifice that the pandemic makes our entire community pay in terms of human lives and social and economic costs. ”

The man in question presented himself on the evening of December 2 in a vaccine center in Biella, in Piedmont (north-west). The prosthesis was very well made, but the color and the feeling to the touch immediately aroused the suspicions of the nurse in charge of administering the vaccine, who asked him to remove his shirt, thus discovering his subterfuge.

He then asked the nurse to act as if she had seen nothing, which she refused to do, according to the account of the President of Piedmont. He specified that this man should answer for his acts “in front of the justice”.

Like many of their European neighbors, the Italian authorities have recently tightened health restrictions, against a backdrop of a resurgence of the pandemic. At this stage, nearly 85% of those over 12 have been fully immunized.

From December 6, a “health super pass” will be set up. It will only be granted to people vaccinated and cured of Covid-19, and will allow you to go to the cinema, the theater or the restaurant … The traditional health pass, which can be obtained by carrying out a simple antigen test, will essentially allow to access their workplace.