The IPL group phase is heading towards a thrilling climax and the battle for a top-four place is heating up after a week of historic centuries and batting collapses, while England stars came to the fore…

Ben Stokes has had a difficult start to this year’s IPL. Having missed the start of the tournament for family reasons, he flew to the UAE and went straight into quarantine. By the time he was able to get out on the field, it had been more than two months since he had played a competitive match and up against players who were fully into the rhythm of playing a game every two or three days, it showed.

That made his return to form with a magnificent unbeaten century on Sunday all the more spectacular. The transformation from the player struggling to score at even a run a ball against Sunrisers Hyderabad to a superstar batsman leading Rajasthan Royals to their target of 196 with 10 balls to spare and striking at 178.33 was remarkable.

It was an innings that showed the very best of Stokes; powerful striking down the ground, muscling the ball over the legside, carving through the off, and that happy knack of finding the gaps in the field – when he wasn’t clearing it, that is. Mumbai Indians’ high-class attack simply had no answer. The question for the Royals now is whether Stokes’ best form will be enough to help them snatch a play-off place or has it come a little too late? More on that shortly.

Of course, Stokes is just the latest England star to show their class this week and it began with his Rajasthan team-mate Jos Buttler. The decision to move him from his opening berth to the middle order has confused many but against Chennai Super Kings, it paid off.

The Royals were only chasing 126 in Abu Dhabi but when they slipped to 28-3 inside five overs, things were looking dicey. However, with their top-four hopes fading, Buttler was at his ice-cold best as he led the side out of trouble with a brilliant unbeaten 70 from 48 balls to win the game inside 18 overs.

Evidence then that with Rajasthan’s top-heavy batting line-up and the lack of any other real finisher, that Buttler should stay in the middle-order? Not according to Nasser Hussain.

“If you’d have asked me two years ago, I’d have said that Jos is a great finisher, his specialist position now is at the top of the order in T20 cricket,” he told The IPL Show. “That’s where he bats for England, that’s where he did it for Rajasthan last year.

Away from Rajasthan, Sam Curran continues to be a rare bright spot for CSK in a disappointing season. That was exemplified against Mumbai as his half-century dragged them up to a fractionally more respectable total of 114-9 after a horrendous start. The all-rounder also played a key part in the victory over Delhi Capitals on Sunday, claiming the key scalps of Aaron Finch, Virat Kohli and Moeen Ali in a rare Chennai win. 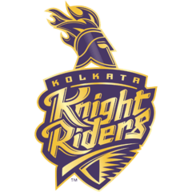 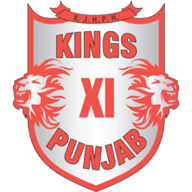 Chris Jordan has had a frustrating campaign with Kings XI Punjab, unable to cement his place in the team. He did his chances of staying in the XI for the crunch game with Kolkata Knight Riders no harm though with some excellent death bowling, taking 3-17 from his four overs, as Sunrisers were beaten in a low-scoring clash in Dubai.

Now, have we forgotten anyone?

Ah yes. For all the brilliance of Stokes, Buttler, Steve Smith and even Sanju Samson, if the Royals do get their act together in the final stages of the group phase and make the top four, they will have one man to thank for keeping them in contention: Jofra Archer.

After an international summer where we saw his best only in flashes – usually when bowling to David Warner – Archer has been back to his very best, and Warner has been in the firing line again too.

“You get some bowlers who take wickets and go at 15 an over. You have some that just bowl dot balls and don’t get wickets,” Hussain said.

“But Jofra is pace, wickets, dot balls – I have never seen him bowl any better, to be honest. He is working over some of the great batsmen in the world. He has David Warner nine times in the last year or so. Warner is his absolute bunny! Jofra is bowling serious wheels.”

The England fast bowler has been a cut above. And that has been part of the problem for the Royals, because the people he really has been a cut above are his fellow Rajasthan bowlers. While Archer’s economy rate is a mere 6.71, the best of any seamer to play five or more games, only leg-spinner Rahul Tewatia (7.15) comes close to matching that among his team-mates – every other bowler is going at more than eight an over, the majority considerably more.

It is not simply a fact that opposition sides are choosing to see out Archer’s over and try their luck against the rest of the Royals attack either, or if they are it isn’t working. Archer has 17 wickets so far in the tournament, second only to Kagiso Rabada.

He really is something special and when he isn’t catching the eye with his bowling, he is leaving fans and team-mates aghast with ludicrous one-handed catches at third man…

Played seven, won one, lost six. It is little wonder that Kings XI were written off midway through the IPL campaign. They had two fantastic openers in KL Rahul and Mayank Agarwal; both were scoring plenty of runs, but that was it. If the top two didn’t score runs, nobody really did and the bowlers weren’t exactly lighting things up either.

However, four games and four wins later, KXIP are the form team in the IPL and victory over fourth-placed KKR on Monday would almost certainly put them in a knockout spot on net run-rate. Their upturn in form coincided with Chris Gayle’s return to the XI but it is another big-hitting, left-handed West Indian who has caught the eye in the past few games.

Nicholas Pooran has been superb. The 25-year-old’s talent has been undeniable for some time and now he is starting to turn that potential into match-winning performances on a more regular basis. His half-century in Kings XI’s win over Delhi a brutal display of power hitting against one of the IPL’s most fearsome bowling attacks. If he can maintain his current form, a KXIP batting line-up that also boasts Rahul, Agarwal, Gayle and Glenn Maxwell is one to give bowlers a few sleepless night.

The bowlers are also starting to show their class with Ravi Bishnoi and the oft-under appreciated Mohammed Shami likely to be key men in the fight for a top-four place.

Kings XI are certainly looking the most likely to oust one of the current top four but defeats for each of the top three over the weekend has really tightened things up – just four points separate the top six going into the final week of group games.

The Royals in sixth have played a game more than everybody but bottom side Chennai, who need snookers to qualify. It is hard to see a way that any of Delhi, Mumbai or Royal Challengers Bangalore don’t progress but it is not completely out of the question.

Most likely it will come down to a scrap between KKR and Kings XI, making Monday’s contest all the more intriguing.

Delhi may have stuttered and stumbled a little this week but they remain second, level on points with leaders Mumbai, and third-placed RCB, and that did not stop Shikhar Dhawan from making history as the first player in IPL history to score hundreds in back-to-back matches.

The first came against Chennai, a baffling innings in that it was in equal parts brilliant and fortuitous. The Super Kings dropped Dhawan three times (four if you want to be unkind to Shane Watson) and he also needed to review on 99 after being given out caught behind. In between times, though the left-hander was excellent, showing the combination of elegance and power that has made him one of the world’s top white-ball openers.

Surprisingly that was his first T20 hundred but three days later he had another, this time though he required rather less good fortune. He raced to three figures from 57 balls, going past 5,000 IPL runs in the process, and made batting look easy. Unfortunately for him, his Delhi team-mates found it significantly more tricky and his landmark day was marred by a defeat to a Pooran-inspired Kings XI.

We’ve touched upon plenty of fantastic batting but this week also saw some fine bowling efforts, helped out by some less than impressive batting. Step forward KKR and CSK.

KKR have picked up since Eoin Morgan took over as captain but any signs of improvement were sorely lacking as they were thrashed by RCB this week. Mohammed Siraj was very good for RCB, taking 3-8 from his four overs, Kolkata’s batting was not.

Siraj took two wickets in two balls to leave the Knight Riders 3-3, that became 14-4 and only a knock of 30 from Morgan helped them get as far as the 84-8 they eventually managed. Needless to say, RCB easily knocked off the runs.

You think slipping to 3-3 is bad? Well, Chennai managed to go one better against Mumbai, 3-4 inside three overs. Thankfully for CSK, Curran was on hand to dig them out of that particular hole as best he could, making 52 from 47 balls to at least get MS Dhoni’s side past 100. Mumbai still needed only 12.2 overs to complete a 10-wicket win though.

Shots of the week

Catches of the week