While a woman has claimed her late father is a ruthless serial killer who murdered dozens of people, her older sister claims that’s not true and has vowed to restore their father’s name.

Lucy Studey claimed their father, Donald Dean Studey, was a serial killer who forced her and her siblings to dump the bodies of women he killed in a 100ft well on their land farms in Iowa decades ago.

However, his older sister Susan Studey dismissed these claims and said their father was strict, but definitely not a killer.

“My father was not the man she claimed to be,” Susan Studey told Newsweek. “He was strict, but he was a protective parent who loved his children…Strict dads don’t just turn into serial killers.”

Donald Studey, who died in March 2013 aged 75, is accused by his daughter Lucy of killing between 50 and 70 women and at least two men – one in his 40s and one in his 20s. Lucy said she had tried to tell people over the years, but no one would listen.

Donald Dean Studey, who died in March 2013 aged 75, is accused by his daughter Lucy of killing up to 70 women, but his other daughter Susan says the allegations are simply untrue 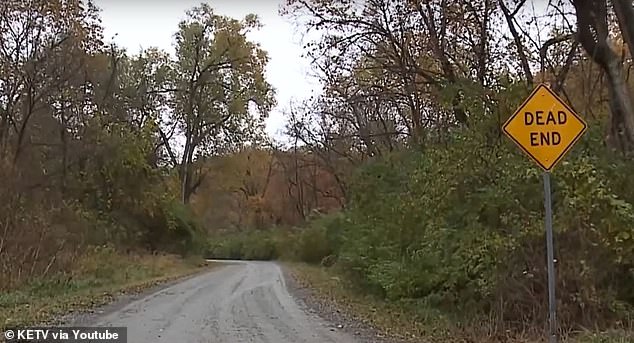 The property, on Green Hollow Road, is searched, but is not an official crime scene as officers have not yet discovered any remains

After 45 years, police are now investigating claims the Iowa farmer murdered up to 70 women – after his daughter told authorities ‘I know where the bodies are buried’.

The Fremont County Sheriff’s Office confirmed that cadaveric dogs alerted at least four locations on the property last week, with the last receiving multiple “blows”. The dog handler and sheriff said they believed the remains were human because dogs are trained to ignore animal bones.

However, Lucy’s older sister Susan believes cadaver dogs who searched the property last weekend were fooled by the remains of Donald Studey’s stillborn baby sister, who was buried in a box. shoes on the property, as well as the remains of a golden retriever.

While Lucy told authorities their father forced the siblings to use a wheelbarrow in the warmer months and a toboggan in the winter to move dead bodies through farmland in Thurman, Iowa, her sister refuted this.

Susan told Newsweek the first time she heard of bodies buried on the property was when she spoke to Lucy about a year ago.

Susan added that the only time she remembers her father becoming violent was when a neighbor ran over his dog, leading Donald Studey to fight the man.

Her sister Lucy repeatedly offered to take a polygraph test to back up her claims, Newsweek reported.

A third sibling could not be reached. Their brother committed suicide at the age of 39.

Lucy Studey claims her father, Donald Dean Studey, was a serial killer who forced her and her siblings to transport the bodies of women he killed down a 100ft shaft. 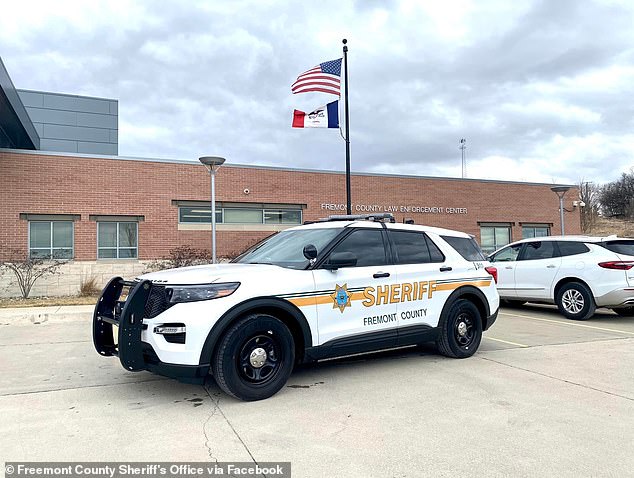 Authorities have been alerted to her claims, in which she details the use of a wheelbarrow in the warmer months and a toboggan in the winter to move dead bodies through farmland in Thurman, Iowa. 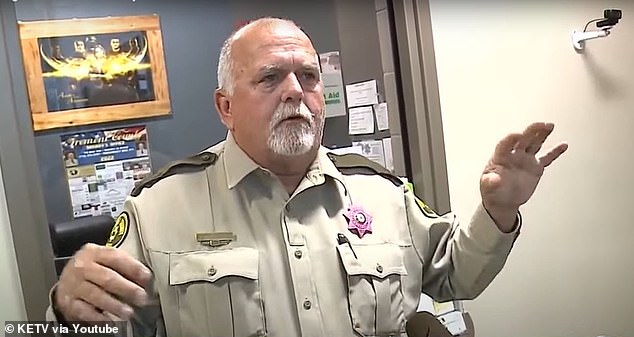 The Fremont County Sheriff’s Office confirmed that cadaver dogs had alerted several locations on the property, as well as nearby land.

According to Lucy, the four siblings made their father’s offer when he told them to “go to the hills” because they were terrified of “not coming back” according to his daughter.

Lucy said her father was “regularly drunk” and enjoyed killing women by running over or kicking women in the head inside a trailer.

His two wives predeceased him, with police records confirming that one died after strangling herself with an electrical cord and the other committed suicide.

Investigators believe his daughter’s claims, and if true, would make Studey one of the most prolific serial killers in American history.

Law enforcement suspects he lured a woman, believed to be sex workers from Omaha, Nebraska, onto his five-acre lot before murdering them.

Lucy claims the women all had black hair, were white and most were in their 20s and 30s except for a 15-year-old runaway – and two men.

They were all buried dressed and wearing jewellery, with Lucy claiming her father kept the gold teeth as trophies.

However, Lucy’s older sister Susan believes the cadaveric dogs were fooled by the remains of Donald Studey’s stillborn sister, who was buried on the property, and the remains of a pet.

According to Lucy, the four siblings obeyed their father’s order when he told them to ‘go to the hills’ because they were terrified of ‘not coming back’ according to his daughter .

Investigators believe his daughters claim, which would make Studey one of the most prolific serial killers in American history

Lucy told Newsweek: “He would just tell us we had to go to the well, and I knew what that meant.

“Every time I went to the well or the hills, I didn’t think I was going down. I thought he would kill me because I was not silent.

“I don’t feel anything for my father. Nothing at all. I wanted justice when my father was alive, but he left. I just want the families to have a proper closure and burial.

Studey allegedly forced his children to pile dirt and washing powder on the bodies after throwing them down the well.

Fremont County Sheriff Kevin Aistrope confirmed the investigation on Tuesday, saying “I believe her 100% there are bodies in there” and said if they searched the scene it would be a “great mission”.

The property, on Green Hollow Road, is not an official crime scene as officers have not yet discovered any remains. 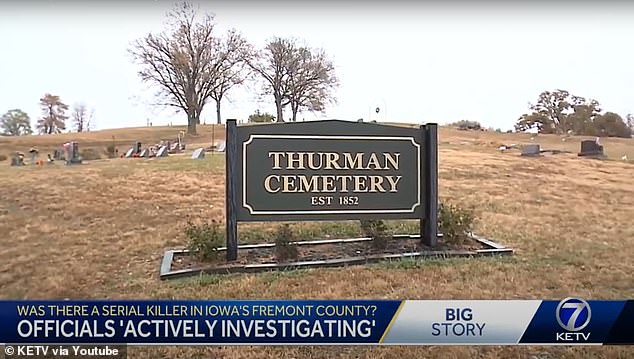 Studey, who had the words “love” and “hate” tattooed on his knuckles, is believed to have a criminal history but was known to use multiple aliases.

He was jailed in Missouri in the 1950s for petty larceny, in Omaha in 1989 for a drunk driving offense – as cops confirmed they rarely visited the trailer where he lived because they were suspicious of him.

She added: “All I want is for these sites to be dug up, for people to close their doors and for these women to be properly buried.” My father was a criminal and a murderer all his life.

It is unclear whether his siblings cooperated with authorities, with his brother Gary taking his own life at the age of 39.

Lucy claims she’s told her stories to several people over the years trying to do something about it, but “nobody would listen to her”.

January 6 panel plans to release its final report the week of December 19: NPR