Hunter Biden has launched his latest solo exhibition where paintings have sold for up to $225,000 to anonymous buyers despite ethical concerns.

The president’s beleaguered son attended the gallery’s opening on Thursday night in Manhattan for his Haiku series, which featured paintings of colorful flowers and tree-like patterns.

While Biden appeared to relish his latest exposure, it once again raises ethical concerns that the sales are vulnerable to people wishing to influence his father, President Joe Biden.

It also comes amid an ongoing investigation into Hunter’s finances and allegations of illegal business dealings in China and Ukraine that remain in the public eye as Twitter explains why it removed the story of the leak from its laptop.

Hunter Biden (center) has launched his latest gallery in New York where paintings have sold for up to $225,000. Pictured: Hunter with art dealer George Berges (left) and his son Beau (right) 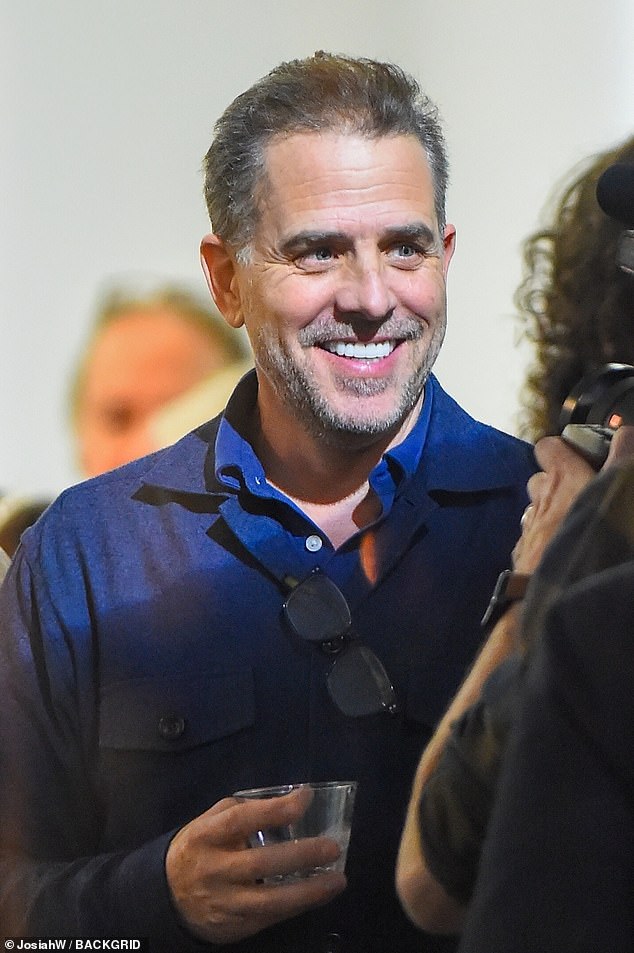 While the gallery served as a respite for the president’s troubled son, it once again raised concerns that buyers were making overly generous offers to the fledgling artist in hopes of getting closer to his dad. Pictured: Hunter at the gallery’s opening night 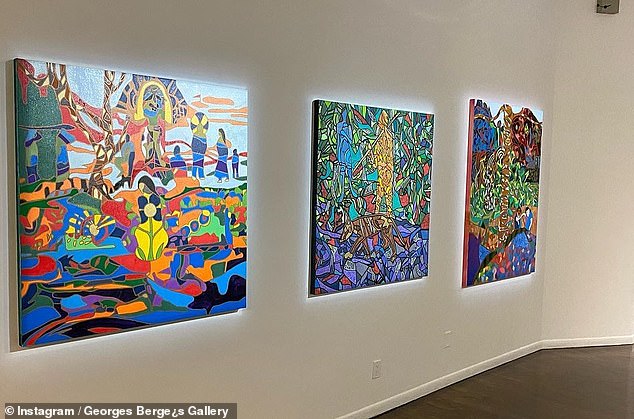 In an effort to prevent any breaches of ethics, White House officials said they have measures in place to protect information about how much Hunter’s work was sold and to whom.

Berges said the latest paintings were a form of self-reflection for the president’s son as he was marred by controversy over his laptop and finances.

“I think this series is meditative and contemplative, and I think it reflects who he is right now,” Berges added.

At his previous gallery last year, Biden told Artnet, “I don’t paint out of emotion or feeling, which I think are very fleeting.

“Painting for me is much more about trying to bring out what I think is the universal truth…the universal truth is that everything is connected and there is something that goes way beyond what our five senses are and connects us all.’

Berges added that the new paintings all have haikus on the back, hence the name of the gallery.

One such haiku shared by Berges was:

Atoms bloom in my chest

I can see all the colors

It seemed to break away from the standard 5-7-5 syllable structure of a typical haiku.

While the art exhibit served as something of a reprieve for the troubled hunter, it still dwells on the questions that many former White House ethics chiefs have raised regarding such a gallery.

Art critics have said that pieces by a fledgling, untrained artist like Hunter generally do not fetch such high prices, and believe that his surname inflates their price considerably.

“The question is, are the American people going to know? The White House should insist on full transparency.

The White House did not immediately respond to DailyMail.com’s request for comment. 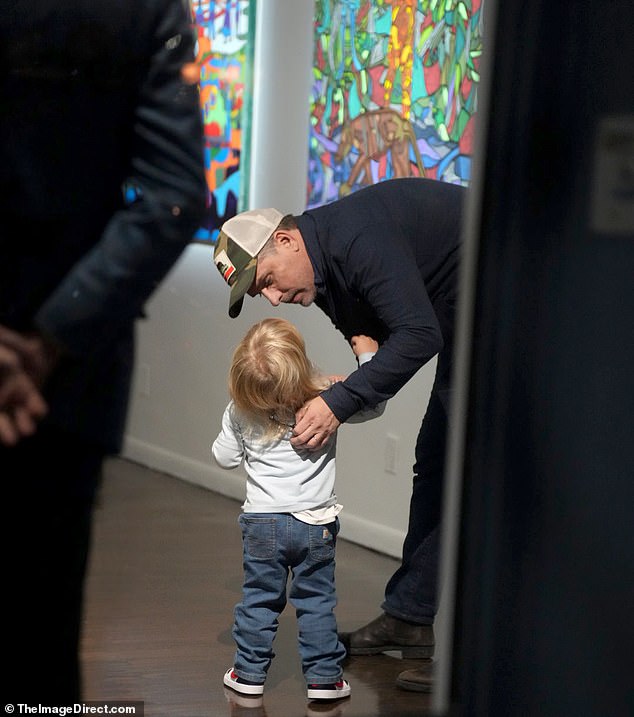 Pictured: Hunter strolling through the exhibit with her two-year-old son 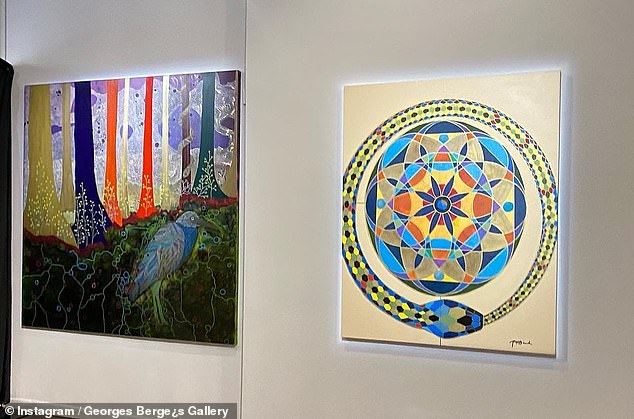 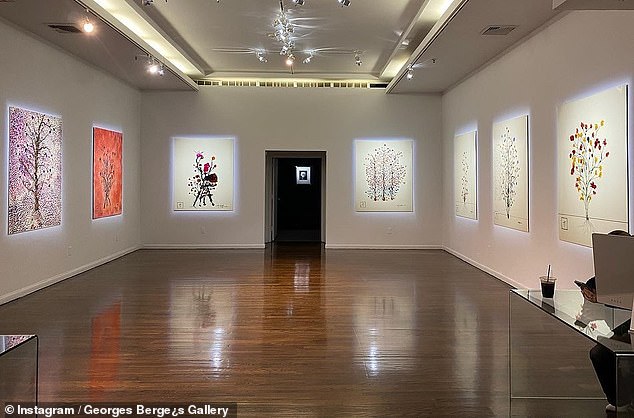 In an effort to prevent any breaches of ethics, White House officials said they have measures in place to protect information about how much Hunter’s work was sold and to whom. 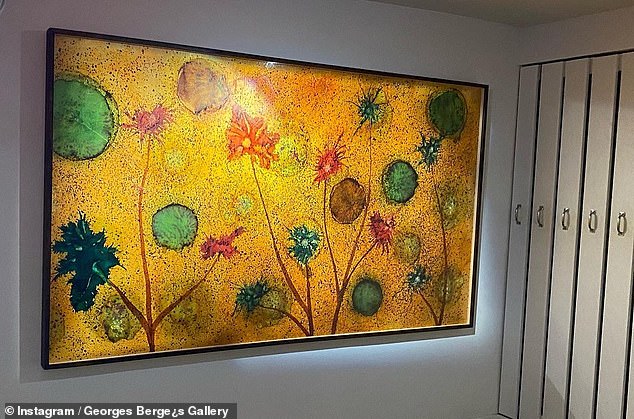 Questions about the art gallery aren’t the only ones the White House is currently facing regarding the president’s son.

The White House again insisted that President Biden was not involved in Twitter’s decisions to censor conservative voices or delete stories on his son’s laptop on Friday, less than 24 hours after Musk has dropped off his second batch of files.

Earlier this week, Musk fired Baker, who was one of Twitter’s top lawyers, for his “possible” role in suppressing the Hunter Biden story in October 2020.

The story was published less than three weeks before the 2020 election. Other news outlets were initially unable to verify its claims that Hunter Biden introduced his father to a senior corporate official. Ukrainian energy. 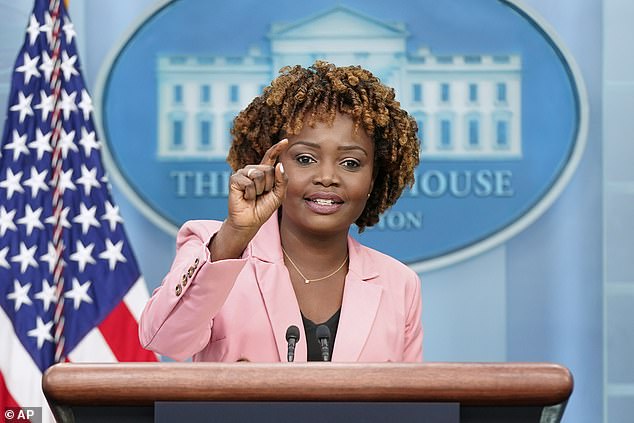 In a separate controversy surrounding Hunter, White House press secretary Karine Jean-Pierre again insisted that President Biden was not involved in Twitter’s decisions to censor conservative voices or delete the stories on his son’s laptop friday.

During her daily briefing on Friday, press secretary Jean-Pierre was asked if the Biden team had reached out to Baker regarding content moderation decisions.

Earlier this week, Jean-Pierre said it was “not healthy” for Twitter to release internal communications that showed Twitter had taken down the explosive laptop report that showed Hunter Biden swapping his last name. against money.

This follows the release of two Twitter files in the past two weeks, including revelations published by journalist Bari Weiss on Wednesday night that leaders deleted conservative accounts even though they did not violate policy and some topical issues.

The first set of Twitter files, dropped in a thread on the social media platform by journalist Matt Taibbi, showed the Biden campaign asked Twitter to delete some nude photos and videos Hunter left on his laptop. who were circulating.

The United States has a long history of environmental protests. The police had never killed an activist – until now.