Sununu was the GOP representative for the evening, making remarks where he railed against the former president – even though some within the party say Trump is the best hope for congressional Republicans to win back a majority in 2022 and reclaim the White House in 2024.

“You know, he’s probably going to be the next president,” Sununu said of Trump, before sarcastically commenting on the ex-president’s “experience” and “sense of integrity.”

“No just kidding !” Sununu burst out laughing and was greeted with giggles before saying, “He’s completely mad!”

‘Are you kidding?! Go on. Are you buying this? I love it,” he continued. “He stresses me out so much.

“I’m going to deny that I ever said it,” Sununu said of his comments about Trump.

He also clarified: ‘I don’t think he’s so mad that he should be in a mental asylum. But if there is one, it will not come out.

The Gridiron dinner returned to DC on Sunday after a two-year hiatus due to the coronavirus pandemic, despite the dinner being held in the past during wartime and “in the midst of all sorts of upheaval and turmoil.”

DC’s oldest journalists’ association hosted its 135th anniversary dinner on Saturday, which President Joe Biden did not attend. Historically, the president attended the dinner that kicks off the nation’s capital’s “awards season.” Biden did, however, deliver a pre-recorded video address to the dinner.

Some describe the Gridiron dinner as a smaller, more exclusive, white-tie version of the White House Correspondents’ Association dinner.

WHCA will host its first dinner since 2019 later in April.

While Sununu spoke for Republicans, Maryland Rep. Jamie Raskin spoke for Democrats, and Commerce Secretary Gina Raimondo spoke on behalf of the administration. 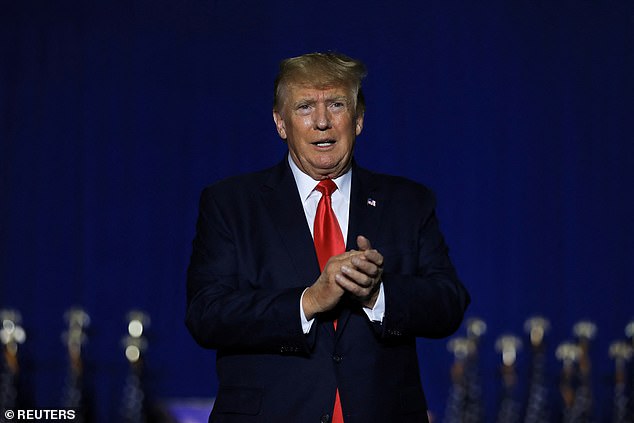 Also over dinner, Sununu told a story about a time when Trump visited his home state of New Hampshire and invited him for a ride in The Beast.

During their discussion, Trump stopped talking and pointed out the window at people lining the road holding American flags.

He said, “They love me,” according to the GOP governor.

Sununu said the only problem was that the man the then-president was pointed at was holding a sign that read “F*** TRUMP.”

Both Republicans and Democrats have leveled accusations in recent years that the respective candidates and presidents were not mentally fit for office.

During Trump’s presidency, Democrats demanded that his mental stability be tested. Trump said he had taken cognitive ability tests which he claimed to have “passed”.

Now Republicans are using the same lines of attack against Biden, saying his frequent gaffes and mix-ups during public remarks show his mental fitness is in decline.

German chancellor says many think the world has overtaken countries trying to conquer their neighbours, but ‘the deal is now canceled by Putin’

Shooting in Copenhagen: the attack on a shopping center in Denmark leaves 3 dead and several injured