By Associated Press and Alastair Talbot for Dailymail.Com

A rural Georgia monument that some conservative Christians and far-right conspiracy theorists have called satanic was bombed before dawn on Wednesday, damaging one of four granite panels that some people have dubbed “America’s Stonehenge.”

The Georgia Bureau of Investigation said the Georgia Guidestones monument near Elberton was damaged by an explosive device at 4:30 a.m. by “unknown individuals”.

The enigmatic roadside attraction was built in 1980 from local granite, commissioned by an unknown person or group by the name of RC Christian. 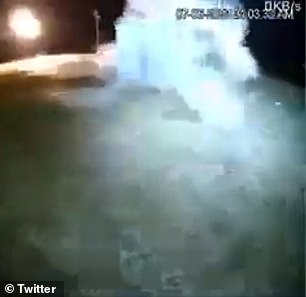 Footage of the Georgia Guidestones explosion from social media has emerged showing the monument north of Elberton reduced to rubble in the early hours (4.30am) of Wednesday morning 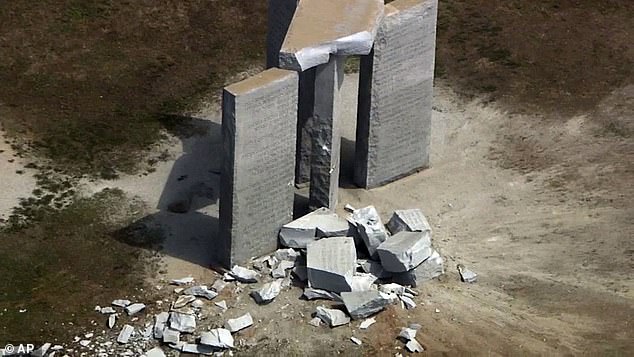 This aerial image shows one of the pillars damaged after the Georgia Guidestones bombing. Messages written in eight different languages ​​promoting population control, alliance with nature and globalism are featured on the monument

One part calls for keeping the world’s population at 500 million or less, while another calls for “guiding reproduction wisely – improving fitness and diversity”.

It also serves as a sundial and astronomical calendar.

The pillar in the center is designed to catch daily sunlight, with sunbeams indicating the day of the year, according to WSBTV. 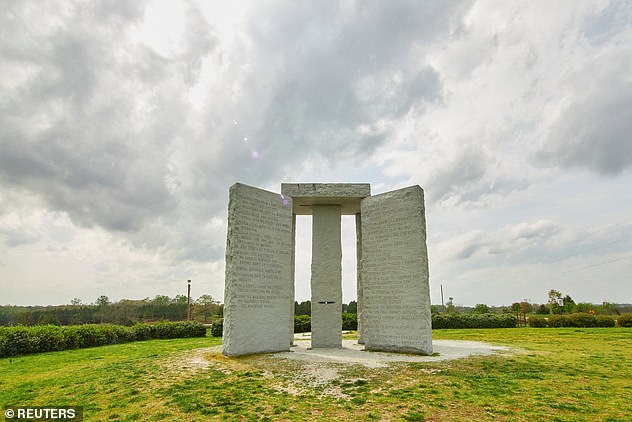 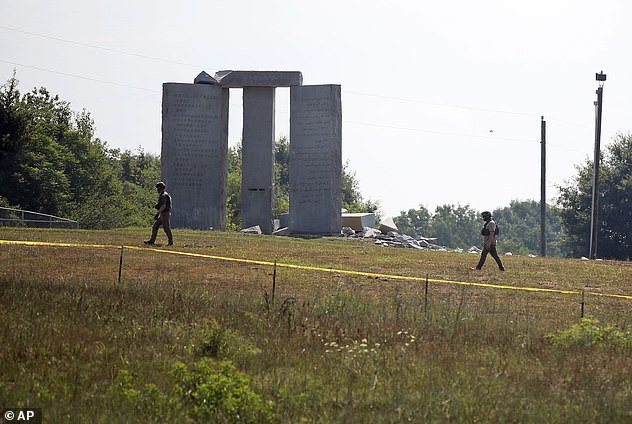 The roadside attraction received renewed attention during Georgia’s gubernatorial primary on May 24 when third-place Republican candidate Kandiss Taylor claimed the guiding stones were satanic and called for their demolition part of its platform.

“God is God alone. He can do ANYTHING he wants to do. This includes the destruction of the Satanic Guidestones,’ Taylor tweeted Wednesday morning, just hours after the explosion.

‘I am the ONLY candidate bold enough to stand up to the Luciferian Cabal. Elect me Governor of Georgia and I will bring the satanic regime to its knees – and DEMOLIZE the Guidestones of Georgia,’ she previously tweeted on May 2, two weeks before the state’s Republican gubernatorial primaries.

“Join me in my fight for #TearThemDown!” 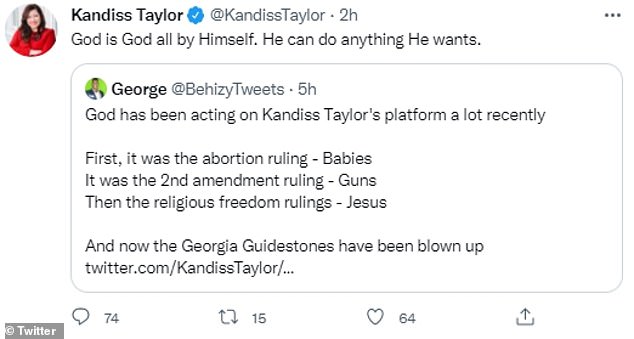 Georgia’s third-place GOP gubernatorial candidate Kandiss Taylor claimed “God” was involved in Wednesday’s explosion, saying “he can do ANYTHING he wants to.” This includes removing Satanic Guidestones 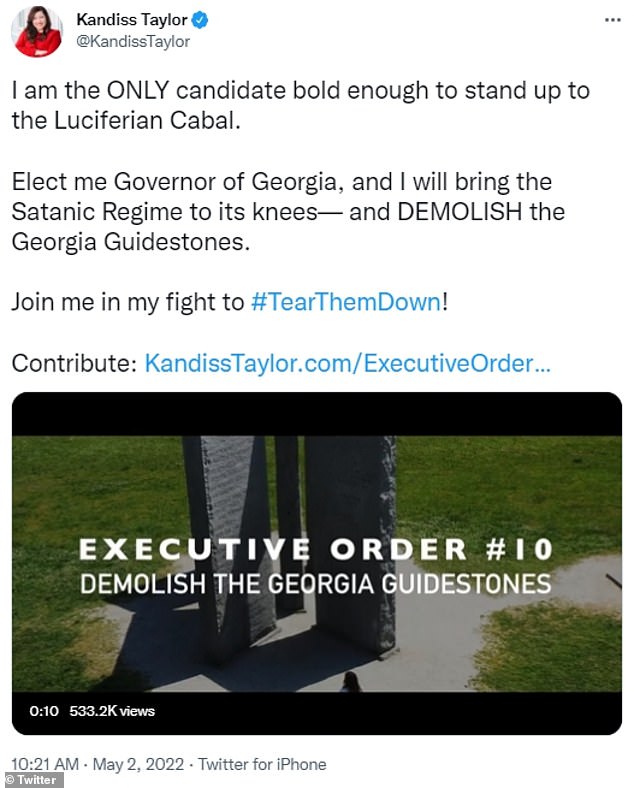 Texas-based conspiracy theorist Alex Jones praised the bombing of the monument on his show, scaling it “on an animal level”, but said the destruction was not enough.

“We need that evil edifice over there as a confessional letter run by a consortium of eugenicists,” Jones added.

The Georgia Guidestones are about seven miles north of Elberton, near the South Carolina state line. Granite quarrying is a prominent local industry.

GBI says the bomb appears to have been detonated with dynamite, with sheriff’s deputies responding to uncover the damage. Some residents told local news outlets they heard an explosion at the time.

Elbert County Sheriff’s Deputies, Elberton Police and the Georgia Bureau of Investigation were among the agencies trying to figure out what happened.

The monument had already been vandalized.

Top news of the week from August 8 to 14

Florida has an outrageous new law targeting teachers. Here’s why I’m going to break it.