President Frank-Walter Steinmeier, Germany’s largely ceremonial head of state, had hoped to visit Ukraine on Wednesday with his Polish and Baltic counterparts.

But he said on Tuesday that his presence “apparently … was not wanted in Kyiv”.

German Chancellor Olaf Scholz on Wednesday slammed his country’s president’s snub and defended Berlin’s record of delivering arms to kyiv amid tensions that erupted at a delicate time in German policy-making on the war.

Meanwhile, the Polish, Lithuanian, Latvian and Estonian presidents traveled by train to kyiv to meet Ukrainian President Volodymyr Zelensky, with photos showing the five men gathered in the capital on Wednesday evening.

President Frank-Walter Steinmeier (pictured on Tuesday), a largely ceremonial German head of state, had hoped to visit Ukraine on Wednesday with his Polish and Baltic counterparts. But he said on Tuesday that his presence “apparently … was not wanted in Kyiv”

German newspaper Bild quoted an unidentified Ukrainian diplomat as saying Steinmeier was unwelcome at the moment, pointing to his close relationship with Russia in the past.

Ukraine’s ambassador to Germany later said the government would be happy to welcome Scholz – who, unlike Steinmeier, sets government policy. But the snub to Steinmeier may make that more difficult.

“The president would have liked to go to Ukraine,” Scholz told rbb24 Inforadio, noting that Steinmeier is Germany’s head of state and was recently re-elected with broad support. “So it would have been good to receive him.”

“It is, in any case, somewhat irritating, to put it politely,” Scholz added, noting that Steinmeier has strongly criticized Russia’s war and called on Russian President Vladimir Putin to withdraw his troops from Ukraine.

The flip comes amid a discussion within Scholz’s coalition government over whether Germany should allow heavy weapons such as tanks to be sent to Ukraine as that nation prepares to face to a reinforced Russian offensive in the east.

Germany broke with tradition after the Russian invasion to supply arms to Ukraine, but has been criticized by kyiv for its perceived hesitation and slowness in supplying materials.

A Ukrainian presidential adviser, Oleksiy Arestovych, told German ARD television that he did not know the reasons for the decision to reject a visit by Steinmeier, but also signaled that kyiv would like to see Scholz so that “practical decisions” can be made. be taken on issues such as as weapons.

Arestovitch said the fate of the strategic port city of Mariupol and the civilian population in eastern Ukraine “depends on what German weapons we might get”, but that was not promised.

Time is running out because “every minute a tank doesn’t arrive… it’s our children who die, are raped, are killed,” Arestovitch said.

A senior lawmaker from one of Germany’s three ruling parties, Wolfgang Kubicki, said he did not think Zelensky was “well advised” to reject a visit by Steinmeier. 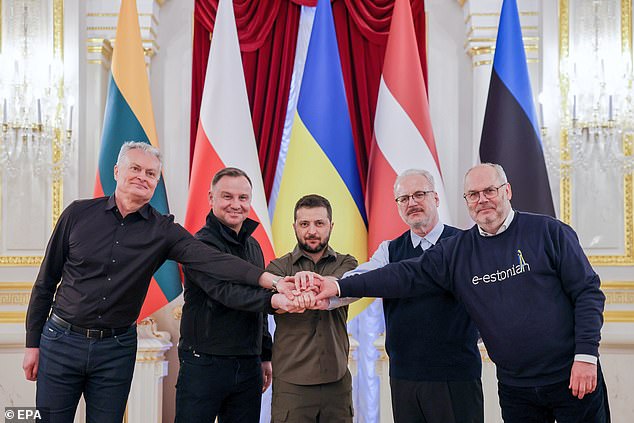 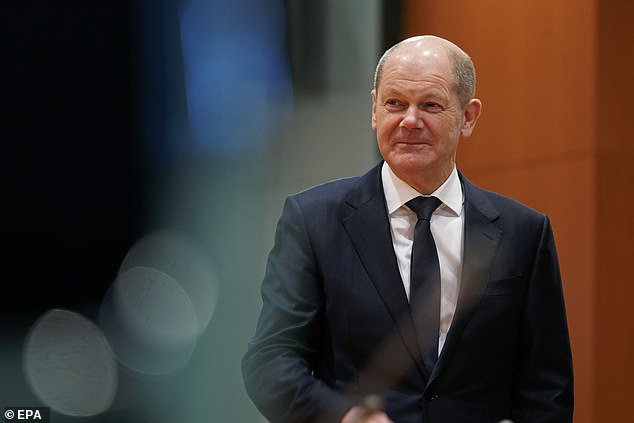 “I can’t imagine the chancellor… going to a country that designates our country’s head of state as an undesirable person,” he told German news agency dpa. . Another ruling party lawmaker, Juergen Trittin, told the RND news group that the move was “a great propaganda success for Vladimir Putin”.

Steinmeier, who became president in 2017, was twice foreign minister to ex-Chancellor Angela Merkel and before that chief of staff to ex-Chancellor Gerhard Schroeder. Meanwhile, Germany has pursued a dialogue with Putin and cultivated close energy ties.

Last week, Steinmeier admitted mistakes in Germany’s policy towards Russia, saying “we have failed on many counts”.

When asked when he would be going to Ukraine, Scholz only replied that he had visited kyiv shortly before the war and spoke to Zelensky regularly.

Scholz said “the weapons we deliver have made a very substantial contribution” to Ukraine by foiling Russia’s plans for a quick conquest. 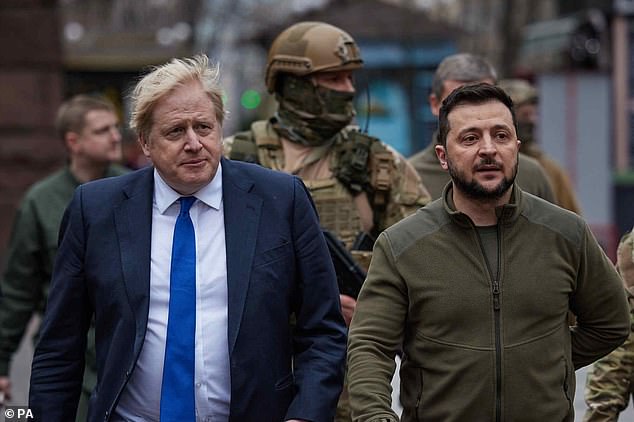 “He was tight-lipped about the possibilities of a bigger German contribution, but insisted that ‘we deliver, we have delivered and we will deliver’.

On Monday, Foreign Minister Annalena Baerbock of the Green Party said that “Ukraine needs additional military equipment, especially heavy weapons, and now is not the time to make excuses, now is the time to be creative and pragmatic”.

The message seemed to be aimed at the more hesitant German politicians, especially among Scholz’s Social Democrats.

Scholz said “we deliver the guns that everyone else also delivers”. He also said that Germany would not make unilateral decisions and stressed the need to prevent NATO countries from becoming parties to the war.

Germany, which has Europe’s biggest economy, has also been criticized for opposing a rapid halt to natural gas deliveries from Russia, which accounts for around 40% of its gas supplies.

A photo then showed the presidents of the four NATO countries on the doorstep of Russia posing with Zelensky in kyiv.

Nauseda said the leaders visited Borodyanka, one of the towns near Kyiv where evidence of atrocities was found. 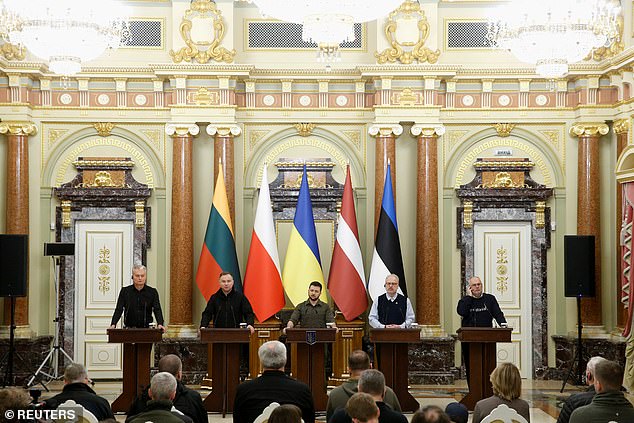 “This is where the dark side of humanity showed its face,” he wrote on Twitter. “The brutal war crimes committed by the Russian military will not go unpunished.”

Polish President Andrzej Duda has called the war in Ukraine “terrorism”, saying those who committed crimes must be brought to justice and that this must extend to those who gave the orders.

Duda said at a press conference: “It’s not war, it’s terrorism.” He had earlier visited the town of Bucha just outside kyiv, where the discovery of civilians killed after the withdrawal of Russian forces caused a global outcry.

Meanwhile, the Czech Republic on Wednesday reopened its embassy in the Ukrainian capital, which was closed after Russian troops invaded the country.

The Foreign Ministry said diplomats had returned to Kyiv and the Czech flag was once again flying over the embassy.

He said Wednesday’s decision is “one of the steps to show our support for Ukraine.”

‘Star Wars: Shadow of the Sith’ Sends Rey’s Parents on an Unforgettable Journey

White House hits back at Jeff Bezos, saying it’s ‘not surprising’ he thinks oil and gas companies should ‘reap record profits at the expense of the American people’