Boy driver, 14, is the only survivor of horror crash that killed his four teenage passengers after he ‘drove a stolen Kia Sorrento into a traffic light after clipping a roundabout’

A 14-year-old boy who allegedly drove a stolen car into a traffic light after clipping a roundabout is the lone survivor of the horrific crash that killed all four of his teenage passengers.

The four passengers – believed to be aged between 14 and 18-years-old – were found dead at the scene after the white Kia Sorrento clipped a roundabout before flipping over and hitting a light pole in Townsville in northern Queensland just before 4.30am.

The 14-year-old was taken to Townsville University Hospital in a stable condition with minor injuries and discharged later on Sunday morning. 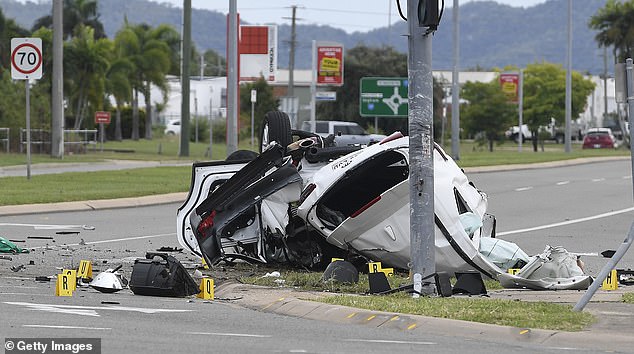 Pictured: The scene of a horrific crash in Townsville in Queensland’s north which killed four teenagers and left another in hospital 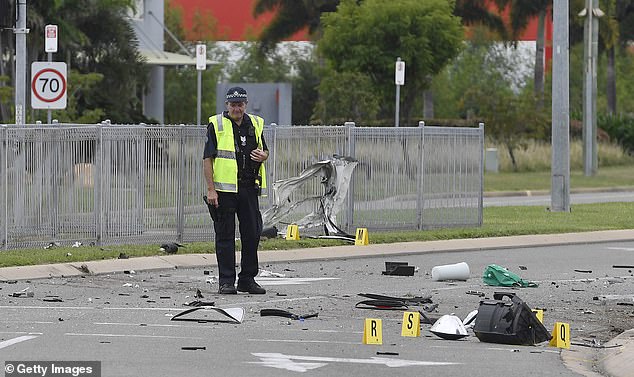 The car was reportedly stolen and driving dangerously when it hit a lamp post in the western suburb of Garbutt about 4.30am on Sunday morning

He will be interviewed later on Sunday, police said.

Queensland Police superintendent Glen Pointing said the crash in Garbutt in the city’s west involved a car stolen from the southern suburb of Idalia.

Police supt Pointing said there had been reports of the car being driven dangerously in the moments before it crashed. 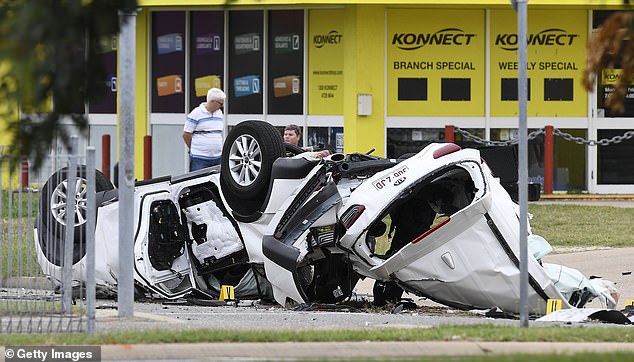 He added it was one of two cars which had been stolen in Townsville on Saturday night.

‘There were some reports those vehicles were driving dangerously,’ he told reporters.

Queensland premier Annastacia Palaszczuk said the loss of life in Sunday’s crash was ‘tragic beyond words’.

‘This is horrific – four young people have lost their lives and there are four families that will be grieving,’ she told reporters.

Horrific photos taken at the scene showed the car’s mangled wreckage scattered across the road at the suburban intersection. 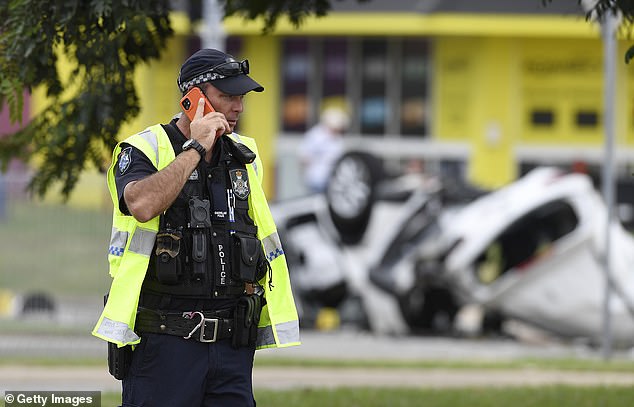 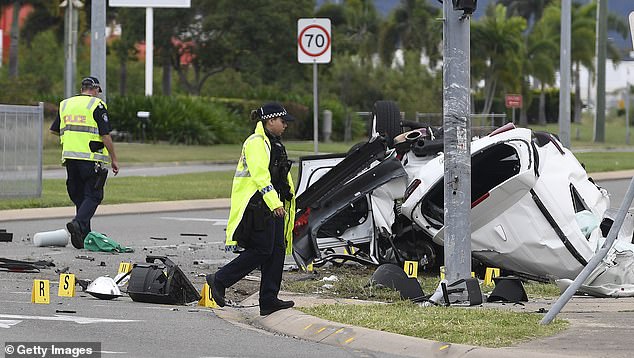 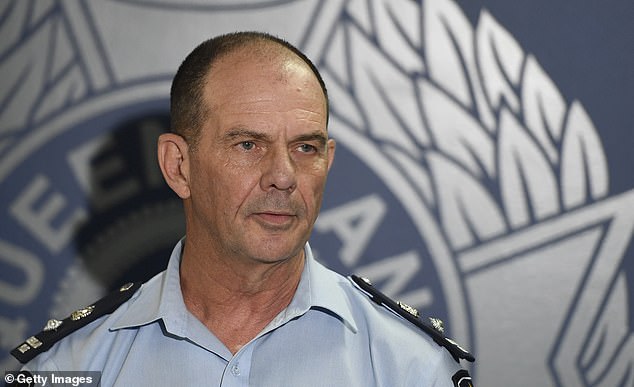 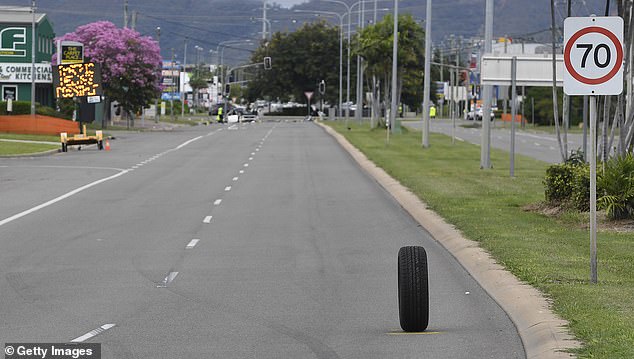 A single car tyre meanwhile was seen standing upright on the road several hundred metres from the accident site..

Motorists were earlier urged to avoid the area – a mainly industrial suburb south of Townsville airport.

Coronavirus: The chaplains at the front line of end-of-life care