By Aidan Wondracz and Kylie Stevens For Daily Mail Australia

Former Brisbane Broncos coach Anthony Seibold has compiled a list of people who may have spread vicious rumours about his personal life online.

His legal team handed the list to the NRL Integrity Unit with reports one prominent figure has already sought legal advice to stop their name from going public.

The 45-year-old has been the target of vile, slanderous and false rumours about his personal life in recent weeks.

Seibold employed cyber security experts to track down the people behind the vicious rumours and was handed a report containing a list of names, which he passed onto his solicitor on Wednesday, according to The Australian.

Former Brisbane Broncos coach Anthony Seibold (pictured, with his wife in 2018) has compiled a list of people who may have spread vicious rumours about his personal life online 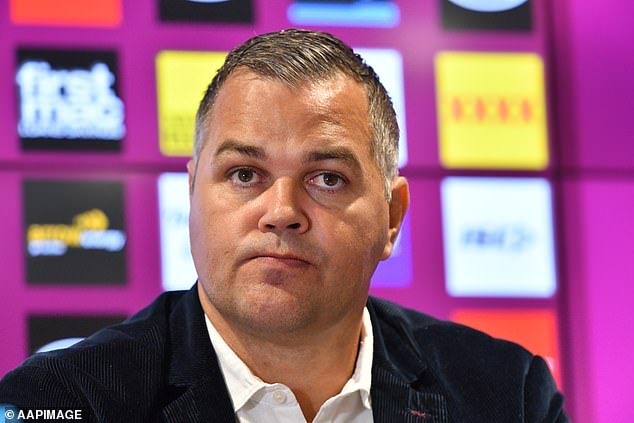 The 45-year-old has been the target of vile, slanderous and false rumours about his personal life in recent weeks

‘I’m not looking to make money out of this. What I’ve got to do is make people accountable,’ he told the Sydney Morning Herald.

‘I want to take a s**t situation, with the disgusting and vile stuff written about me, and make sure it doesn’t happen to someone else.’

Seibold on Monday said the ‘faceless cowards on keyboards’ may force him out of the NRL before he stepped down from his role as team coach on Wednesday.

‘It’s not just about me…. This is my family and other people mentioned in those disgusting and false messages,’ Seibold told the Daily Telegraph.

‘Say whatever you want about my coaching and the team’s performances but to make up lies and all that abuse … it’s sickening and I’m not going to cop it.’

Seibold took responsibility for the Broncos’ horror season on and off the field, which will miss the finals for the first time since the club began in 1988.

He left the club with a 34 per cent winning percentage, the worst of any coach in Brisbane’s history.

He acknowledged his side’s ‘tremendous’ start to the season with two wins from their first two games before the NRL season was disrupted due to coronavirus. 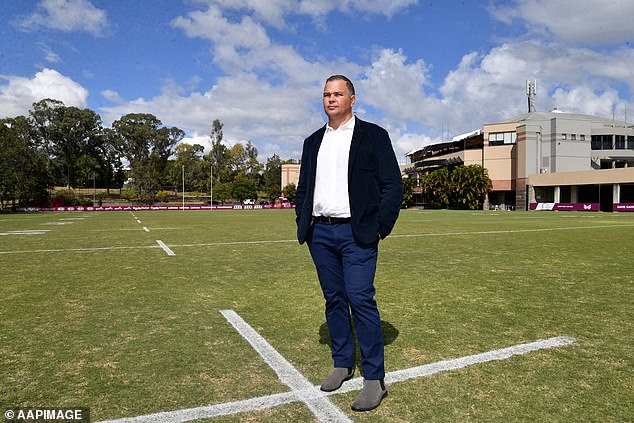 The Broncos have failed to recover from the two-month lay-off with just one win since the season resumed in May.

‘Where didn’t it work? It hasn’t worked since COVID.

‘After COVID, we’ve struggled to handle the bubble, but other teams have had to handle it too. I can’t put my finger on it.’

Seibold declined to answer when asked if his players lacked professionalism.

Republicans make the courts a feature of their convention, Democrats do not and liberals worry