Fraudsters stole more than $45 billion worth of illegal unemployment claims during the pandemic, the Labor Department concluded Thursday — while warning the true figure could be even higher.

Criminals have used inventive measures to access COVID benefits, with more than 205,000 social security numbers belonging to deceased people being used to claim the money.

Some programs saw inmates’ social security numbers used, despite not being eligible for unemployment benefits.

The latest figure is more than double the previous estimate, released by the Department of Labor last year, when it concluded that $16 billion had been stolen.

“I have long said that we need a national set of technology and security standards for state systems to better prevent this type of fraud, and we will continue to work to pass our reforms,” he said. he declares.

A woman walks past a closed store in Manhattan on June 2, 2020, amid the pandemic 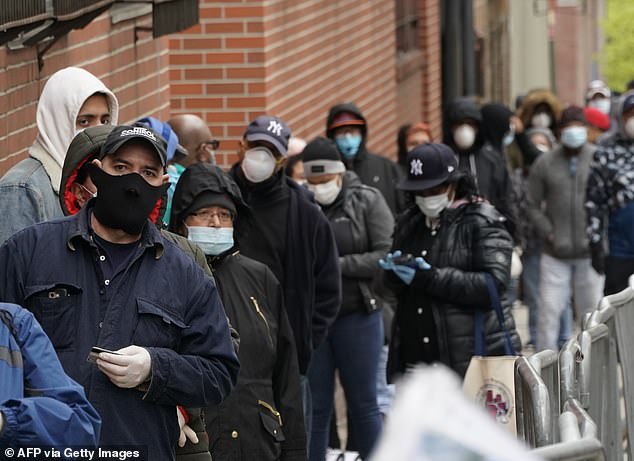 Long lines of people waiting for COVID tests in the Bronx on April 19, 2020

The Labor Department’s inspector general said 190,000 investigations have been opened for fraud since the start of the pandemic.

Separately, the Justice Department said Thursday that 1,000 people have now been charged with COVID-related fraud.

Those charged include a 61-year-old woman from Massachusetts, who filed 25 unemployment claims for people who didn’t even live in the state.

Audri Ford-Victory of Springfield swindled $215,246 from the scheme, with the money going to people who weren’t eligible.

She pleaded guilty in January this year to one count of wire fraud conspiracy and was sentenced to six months house arrest and three years probation. 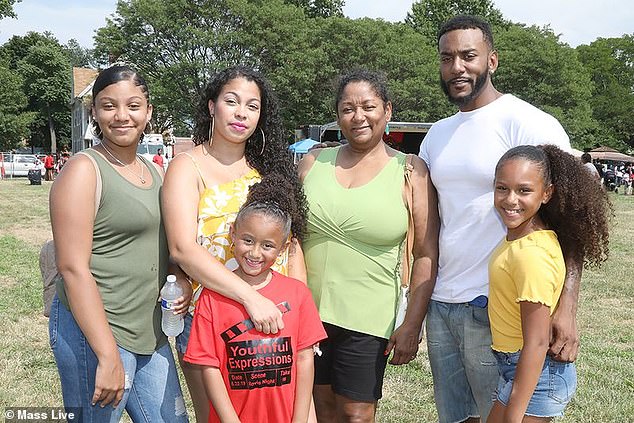 Audri Ford-Victory, 61, of Springfield (center, with green vest), scammed $215,246 from the scheme, with the money going to people who weren’t eligible

Hector J. Sanchez, a 30-year-old Bloods of Rensselaer gang member who has 11 prior convictions including three felonies, also scammed a $12,500 loan for a nonexistent car wash business.

In court documents, federal prosecutors said that on Nov. 21, 2020, Sanchez posted a video to social media showing his hands sorting through large sums of cash with the text reading: ‘IF YOU HAVE NOT DEPOSITED UNEMPLOYED COME WITH ME N COME GET THIS BAG.’

A Texas woman, Donna Wasson, 37, of San Antonio, was sentenced to 18 months in prison in March of this year.

She pleaded guilty in November and was ordered to pay restitution and forfeiture in the amount of $5,437.

In January 2021, she wrote on Facebook: “Too stressed to see well”. These mobile banks can just take your money and tell you that now you have to wait 6 months to get what you worked so hard for. MLF! If I did that in jail, I’ll go.

One man replied, “Looks like you’re going to jail!!” 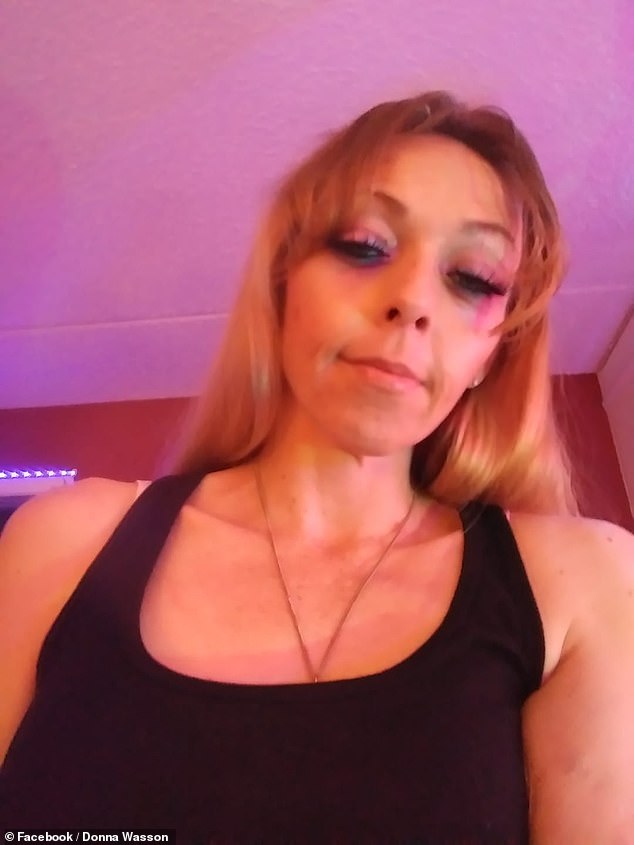 Donna Wasson, 37, of San Antonio, was sentenced to 18 months in prison in March this year 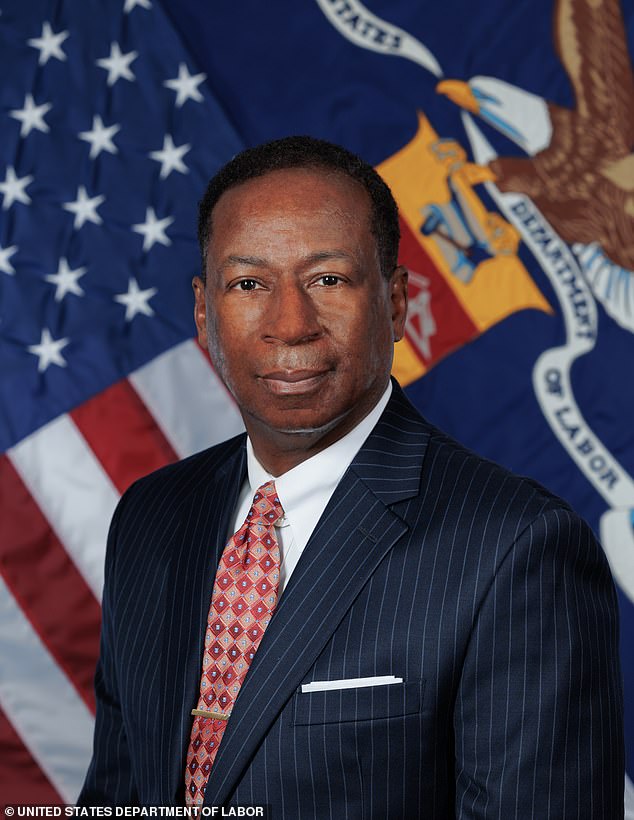 Larry Turner, the Inspector General of the Department of Labor, released his report on Thursday

A Minnesota nonprofit, Feeding Our Future, was accused of orchestrating the plot.

Its founder, Aimee Bock, has denied any wrongdoing.

Larry Turner, the Labor Department’s inspector general, said in a statement that the huge sums of money pouring into the economy during the pandemic, to support unemployed Americans, were overwhelming the system and creating opportunities for fraud.

“Hundreds of billions in pandemic funds have attracted fraudsters seeking to exploit the unemployment insurance program, leading to historic levels of fraud and other abusive payouts,” he said.

Not all news on the site expresses the point of view of the site, but we transmit this news automatically and translate it through programmatic technology on the site and not from a human editor.
Tags
admits Benefits billion Federal Fraudsters Pandemic stolen Unemployment watchdog
Facebook Twitter LinkedIn Tumblr Pinterest Reddit VKontakte Odnoklassniki Pocket

Hurricane Ian about to make landfall in Florida

Katie Couric reveals she was diagnosed with breast cancer