An exclusive Australian golf club has clashed with its wealthy neighbours over plans to rip out more than 500 trees to redevelop the course.

Royal Sydney Golf Club have lodged a $17million proposal to Woollahra Council to reconfigure the course in Rose Bay.

The private course sits on $1billion of land in the city’s eastern suburbs and is open to its 6,000 members and their guests only, with famous members including Warwick Fairfax, Rod McGeoch and Rosalyn and Gretel Packer.

The Championship Course at Royal Sydney has hosted 15 Australian Open golf tournaments, with membership on an invite-only basis with joining fees of about $20,000.

Locals are angry at Royal Sydney Golf Club’s redevelopment proposal plans to remove 569 trees. Pictured: Greg Norman tees off on the 6th hole during the 2006 Australian Open at the exclusive course

The club has lodged plans to chop down 569 trees to improve bunkers and widen fairways by 64 per cent to create a world class links-style golfing facility in the Harbour City.

Residents have come out against the proposal, with Woollahra Council receiving 298 submissions opposed to the redevelopment.

There have been 58 submissions in favour of the plan, with 26 of those from club members and 13 from golf industry authorities including the Australian PGA.

‘Pretty much all of the club’s neighbours are desperately keen to save the trees and are quite shocked they are intending to remove an urban forest,’ he said.

‘There is a very narrow commercial self-interest for the club and frankly they are quite happy for the community and environment to pay the price.’

Mr Shoebridge said the proposal was telling of the wealthy membership of the club and showed no regard to the public interest or environmental impact.

‘It is the nature of the club’s membership – they are very used to getting their own way and not considering the interest of others,’ he said. 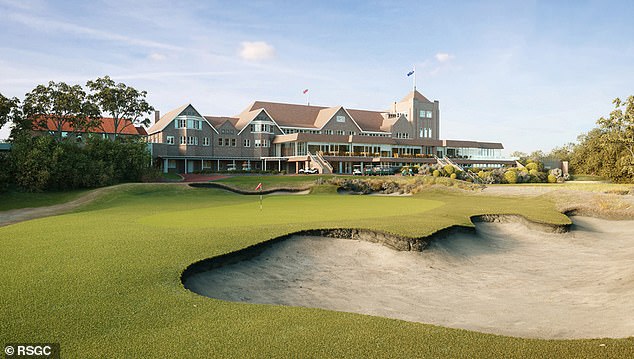 Royal Sydney has hosted 15 Australian Open golf tournaments, with access to the course exclusively for members and their guests only

‘They are almost affronted that the public has a say.’

Supporters of the proposal claim the revitalised course would deliver for the local environment and provide a boost for the local economy through tourism.

Chair of Save The Trees Rose Bay Nicola Grieve told Daily Mail Australia this was not the case and there were no benefits for locals to have an updated inaccessible golf course in their community, with the prospect of significant environmental damage.

‘It’s just the arrogance of this club that they think no one has the right to tell them what to do on their land,’ she said.

‘Why do they think they have the right to clear a forest without anyone having a say?’

An arboricultural report ordered by the club found just three of the trees set to be removed were in poor health or provided a risk to the public or golfers.

The club plan to replace the removed trees with 700 others and increase the biodiversity of flora on the course with paperbark, banksias and 100 species of shrubs. 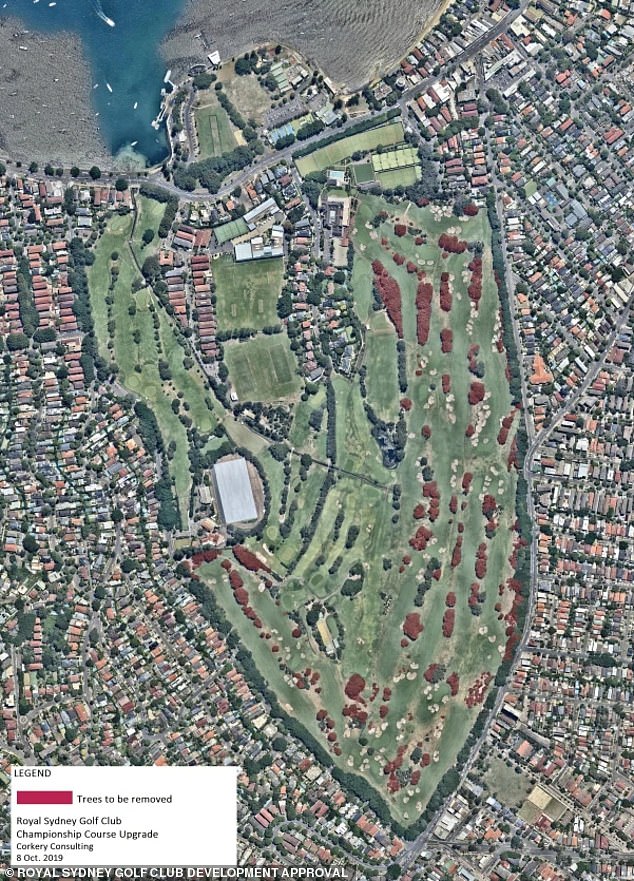 Ms Grieve said the loss of canopy from 391 melaleuca trees will reduce food and habitat for local and endangered wildlife and increase heat levels in surrounding suburbs.

‘After the summer we’ve just had we can’t afford to be losing trees,’ Ms Grieve said.

‘You’re never going to get that canopy back. We need this green space and purification.’

The removal of the mature trees will also raise the table water and increase the threat of flooding for neighbours of the course.

A petition has been posted to the Woollahra Local Planning Panel to save the golf course trees, which has 95 signatures.

‘The heathland species will thrive naturally in our local environment, meaning the Club’s Turfcare Team will be able to reduce watering and other inputs for the course’s rough and landscaped areas,’ the statement reads.

‘We also anticipate that the new landscape will result in a wider diversity of native animal species making Royal Sydney their home.’ 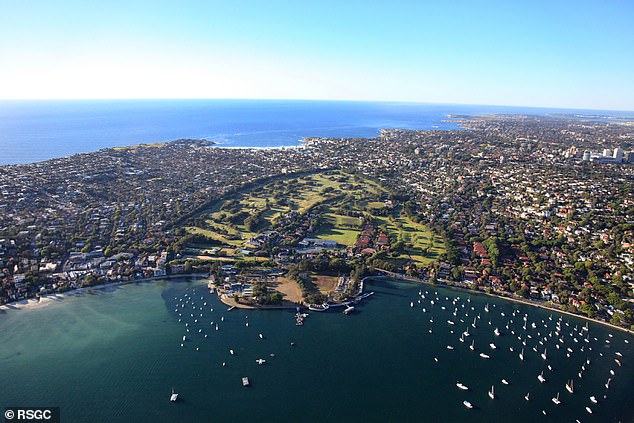